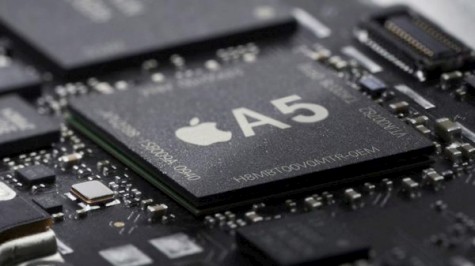 According to a report by 9to5mac, Apple has begun testing a prototype version of the iPhone running the A5 chip with “select developers.” The units, carrying the usual Apple model numbers for prototypes, are apparently based on the iPhone 4 hardware, with the only exception of the Apple A5 processor – clearly aimed at enhancing speed and graphics performances on the next-generation device. The report goes on to say these modified iPhones featuring the A5 CPU have been given to “high-level gaming outfits” in order to start writing gaming applications for the iPhone 5 that will, allegedly, be announced in September. As with the first-generation iPad, Apple is forcing these developers to keep the prototypes in a safe in the company’s offices at night – likely under strict surveillance from Apple employees or security staff.

Apple isn’t taking the next iPhone’s A5-power lightly. They already have select developers working on versions of their iPhone applications that take full advantage of the next-generation iPhone’s speedier and much more powerful hardware. These developers, seemingly from high-level gaming outfits, have been given what is essentially an iPhone 4 but with an A5 processor instead of an A4. The device itself is virtually identical to the iPhone 4, and there is no way anyone can tell it’s not an iPhone 4 based on the phone’s exterior.

According to the report, these early units are nothing but modified iPhone 4s with an A5 chip inside – even the OS is the same iOS 4 that’s currently shipping to customers, only slightly tweaked to work with the new processor. As far as the design goes, these developers haven’t seen anything about the next-generation iPhone that’s not already available to the public with the iPhone 4. From a software perspective, it makes sense to start giving prototypes of a device that’s going to be very similar to the final version away to developers now: the A5 processor will surely find its way in the iPhone 5, and game developers will have plenty of time to test their improved graphics. And as soon as iOS will be previewed at the WWDC ‘11 and released in beta form, these same developers will have a chance to test an A5-enabled iPhone running the new OS.

If the iPhone 5 is really going to be a minor refresh of the existing iPhone hardware, being able to test the A5 – which will likely be the most important addition – five months ahead of the rumored release date must sound like a great plan to these developers.