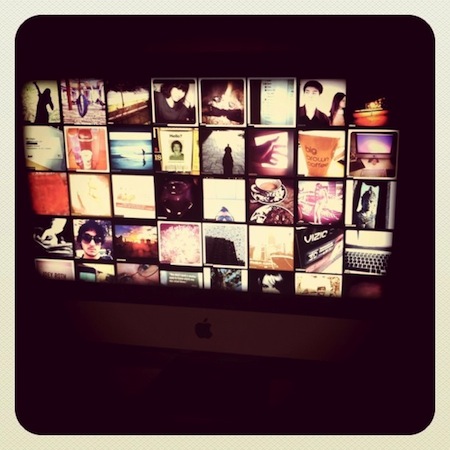 After the release of an official API months ago, Instagram has become a ubiquitous service that already has a plethora of third-party tools for Mac, Windows and iOS devices in spite of the lack of a website to browse photos and the fact that it still is “just an iPhone app.” The ecosystem built by Instagram is amazing, especially considering the kind of growth the developers had to face and the number of devs that suddenly signed up for the API to start creating external tools and toys like Postagram, an iPhone app that sends you real postcards based off Instagram photos. Like I said multiple times in the past, Instagram’s success on the iPhone has no equal. And we have seen there are some pretty good clients on the Mac, too.

If you feel like there’s never enough Instagram around, perhaps you should check out this new utility called screenstagram, a Mac screensaver based on, you guessed it, Instagram pictures. That’s it: just photos rotating on a grid once your Mac is in screensaver mode. The cool thing the developers added? You can log in with your account and have the screensaver serve photos found in your feed. Otherwise, screenstagram will simply use Instagram’s popular feed to deliver its magic to a sleeping OS X. The developers write on their blog:

It took us a while to figure out what to build with the new web service. We’re no strangers to leveraging that kind of resource, but it’s generally for data-driven services, like Twitter or Foursquare. It’s not too often that a visually rich system like Instagram comes along and releases an API. We wanted to do something that took advantage of the eye candy, something beyond a web-based photo browser – something to really showcase our friends’ grainy, bar room photography. A way we could sit with the photos and soak them in longer than usually allowed by the ephemeral, wham-bam-thank-you-ma’am approach taken by the feed in the Instagram iPhone app. Once those photos are out of your friends’ feed, they’re sort of gone, never to be seen again without some digging on your part. So we decided on an old fashioned screen saver, a medium that doesn’t get much love these days.

The idea is very neat and well-implemented. We recommend you check it out here, as it’s a free and lightweight download. 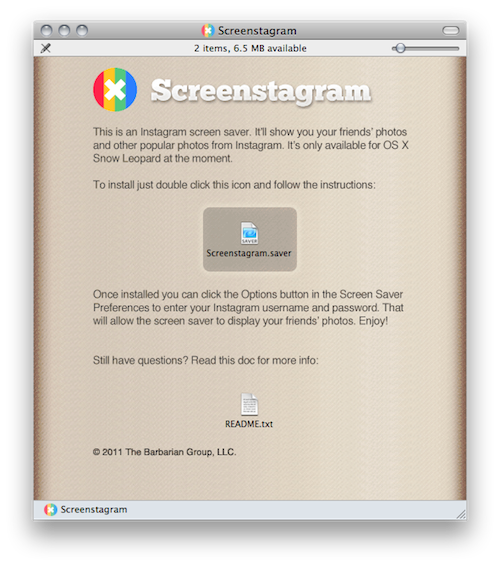 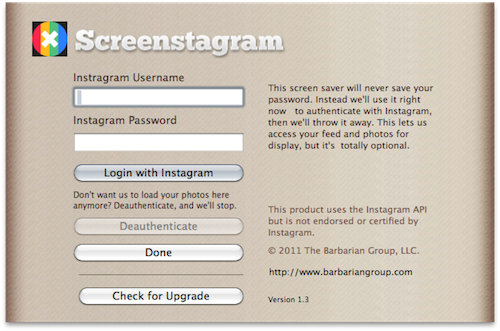