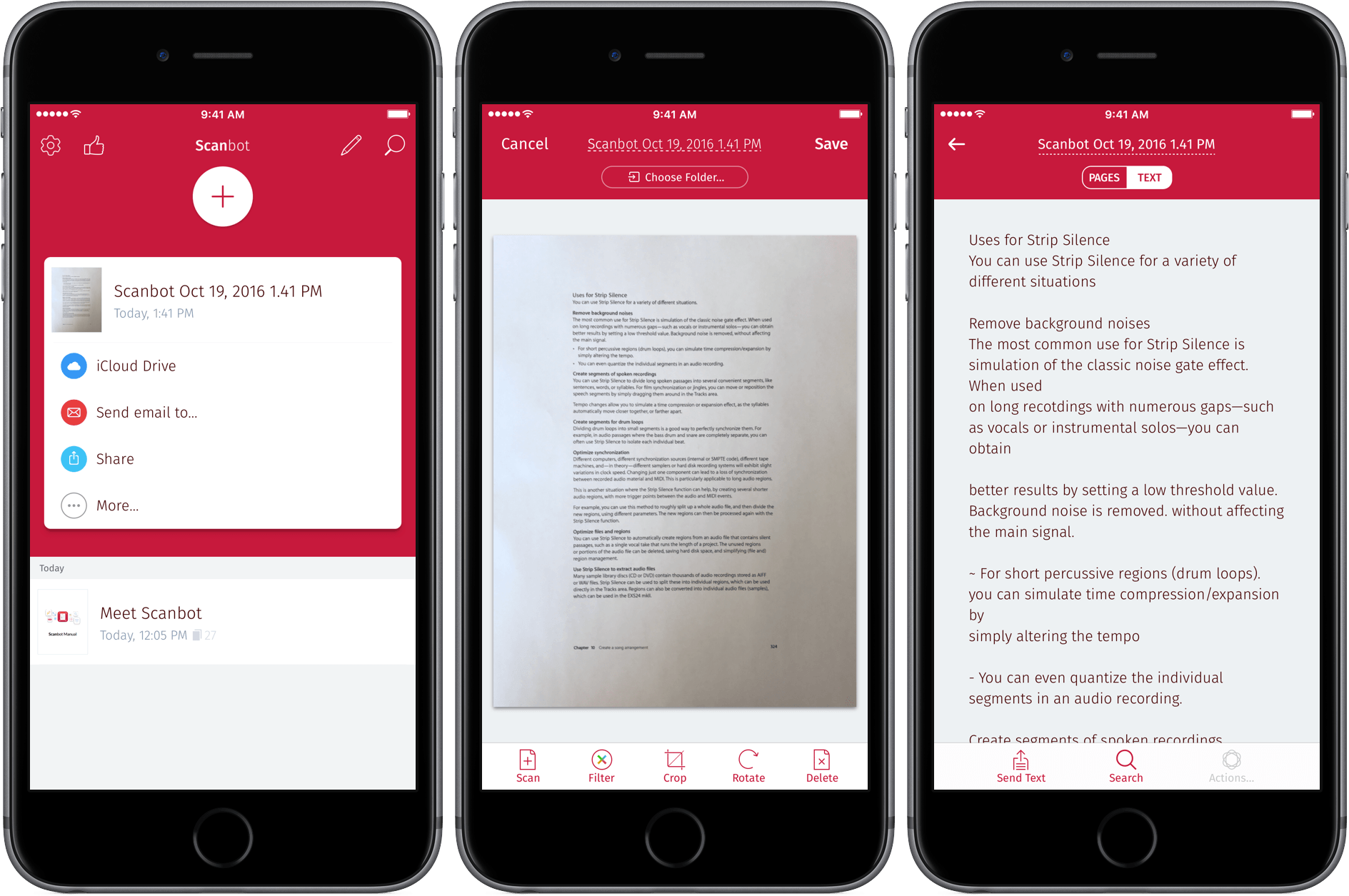 Scanbot, which can scan documents, QR codes, and bar codes, received a major update today. Version 6 adds a host of powerful features aimed at handling documents after they have been scanned and saved as PDF files.

Scanbot has always been an excellent tool for scanning documents to PDFs on the go, but its PDF editing tools were limited. With version 6, Scanbot can now add, move, delete and rotate scanned pages. You can also annotate PDFs with a pen tool, highlighter, and eraser. Version 6 adds an enhanced pen tool with several colors and stroke sizes. In addition, the Pro version, which includes optical character recognition (OCR), now lets you turn OCR off, only invoking it on demand when needed. Finally, Scanbot has added support for Microsoft OneDrive, OneNote for Business, and Amazon Drive.

Version 6 of Scanbot is a solid update to a mature app. The one change in version 6 that I don’t like is the icon. Scanbot’s old robot icon added a touch of whimsy and fun to an otherwise utilitarian app. It feels like Scanbot’s maker, doo, decided to go after a more corporate user base and perhaps had a hard time selling an app with a robot icon to ‘serious’ business customers. Whatever the reason behind the change, I will miss the old icon. What hasn’t changed though, is that Scanbot 6 is a powerhouse utility that should fill nearly anyone’s mobile scanning needs.

Scanbot 6 is available on the App Store as a free download. The Pro version is $7.99 as a separate app or via an In-App Purchase from the free version.