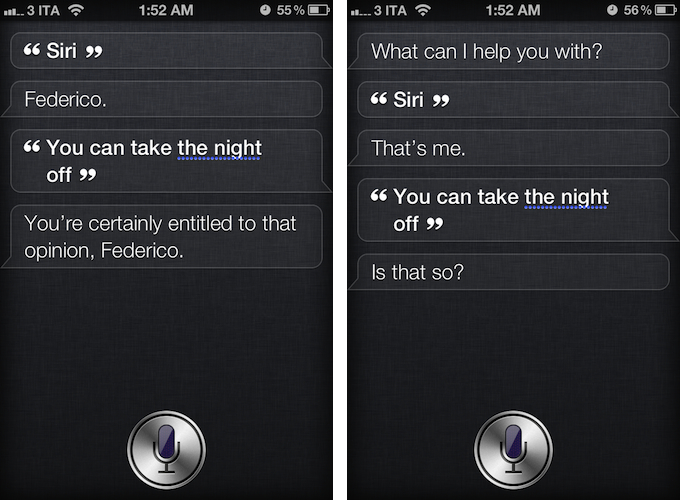 As noted by The Next Web, U.S. carrier Verizon Wireless aired a new iPhone 4S commercial featuring actor Samuel L. Jackson and Siri, the company’s virtual assistant for the iPhone 4S. Remarkably similar to Apple’s own ads in terms of style and message, the ad places Siri front and center, showcasing various functionalities of the software. Samuel L. Jackson asks his assistant to cancel appointments, create reminders, look up locations, and convert units to prepare for his “date night”. At the end of the commercial, the actor ironically asks Siri to take the night off, to which Siri replies “if you say so”.

Even more ironically, as depicted in the screenshots above, Siri really does reply to that command with a series of different answers.

Verizon Wireless’ official YouTube channel hasn’t been updated yet with the new commercial, and it’s not clear whether Apple’s official ad agency Chiat\Day may have been involved in the creation of the ad. You can check out an official embed after the break.

Update 17/4: Apple just posted the official versions of the ads on its website and YouTube channel. Find them below, or on Apple’s website (Date Night, Rainy Day).