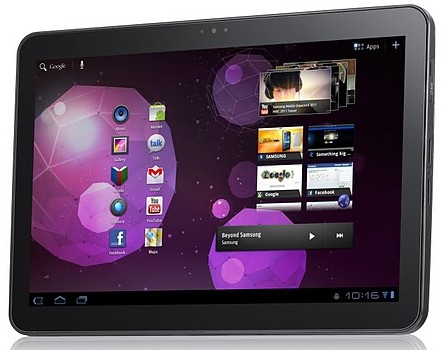 In an interview with The Wall Street Journal, Samsung’s chief of mobile division J.K. Shin explained why the company is heavily committed to the Android platform and why, considering the history of mobile devices, the fight with Apple won’t be “legally problematic.” In the ongoing series of lawsuits between Apple – which first sued Samsung back in April claiming the company copied the “look and feel” of the iPhone and iPad with its Galaxy phones and tablets – a document uncovered over the weekend revealed Samsung’s lawyers asked the court to get access to final versions or production units of Apple’s next-generation iPhone and iPad, so they could evaluate whether the products they’re working on could be subject to Apple’s legal action in the future. The bold move came after a judge ruled Apple’s legal department (not engineers or executives) could see Samsung’s upcoming Droid Charge, Galaxy Tab 8.9, Galaxy Tab 10.1, Infuse 4G and Galaxy S 2 – some of them unreleased devices, but teased and unveiled anyway by the company months ago.

We didn’t copy Apple’s design,” Mr. Shin said. “We have used many similar designs over the past years and it [Apple’s allegation] will not be legally problematic.” He suggested the scale of the lawsuit could grow, though he didn’t provide more details.

Android is the fastest-growing platform and the market direction is headed toward Android so we’re riding the wave,” added Younghee Lee, senior vice president of sales and marketing. Samsung also aims to differentiate itself from Apple and other tablet makers by continuing to offer various sizes, Mr. Shin said.

Samsung is a key partner in Apple’s production chain for iOS devices, as also confirmed by Apple’s Tim Cook at the Q2 2011 earnings call when directly asked about what effects the lawsuit against Samsung’s mobile division would have on the collaboration between Apple and Samsung’s component business. In fact, whilst LG’s shipments of iPad displays in the first quarter of 2011 reached only 3.2 million units, a report claimed Samsung shipped 4 million iPad displays in the same quarter. It is unclear at this point what Mr. Shin meant by “not legally problematic” referring to a lawsuit that could grow in the coming weeks, though it appears none of the companies is willing to back down until the court decides or a settlement is reached.