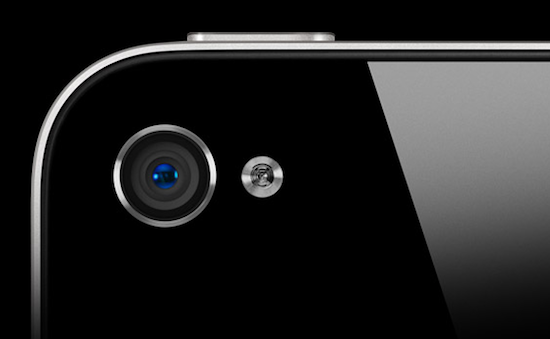 During the weekend, a rumor about Sony being selected by Apple as the only supplier for the image sensors in the next-generation iPhone quickly made the rounds of the Internet following some statements from Sony’s CEO Howard Stringer in an interview with Walt Mossberg at Carnegie Hall in New York City. The report came as a surprise to Apple fans and market watchers as the company has been using camera lenses provided by OmniVision in the iPhone 3GS (3.2 MP), iPhone 4 ( 5 MP), iPod touch 4th gen. and iPad 2 for the past few years.

The rumor suggested that, due to the earthquake and tsunami that damaged Sony’s Japanese facility in Sendai, shipments of image sensors to Apple would be delayed.

Stringer just said that their camera image sensor facility in Sendai was affected by the tsunami. Getting image sensors to Apple will be delayed.

The Wall Street Journal also published a blog post with a partial transcript of the interview:

Early on, he raised the irony of Sony supplying camera components for Apple devices. It “always puzzles me,” he said. “Why would I make Apple the best camera?”

It is unclear what devices he was talking about as Sony isn’t known to supply key camera components, known as image sensors, to Apple; A Sony spokeswoman declined to comment and an Apple spokesperson couldn’t be reached for comment.

According to AppleInsider, however, analyst Yair Reiner with Oppenheimer & Co. is now claiming that the statements from Stringer – and the consequent speculation about Sony parts in the iPhone 5 – were largely “invented” by bloggers who were attending the event in New York City, and the whole story about Sony supplying parts to Apple is nothing but a huge misunderstanding. He also claims “checks with contacts in Apple’s supply chain” have confirmed Apple will keep using image sensors provided by OmniVision in the next-generation iPhone. Looking closer at the excerpts of the interview posted online, it is indeed possible to find a second, ironic meaning in Stringer’s statements:

It “always puzzles me,” he said. “Why would I make Apple the best camera?”

Not to mention the fact that the WSJ itself associated the word “irony” to Stringer talking about getting camera sensors to Apple:

For this reason, Reiner is claiming the entire story was based on the wrong assumption that Sony’s CEO was serious about the camera parts for Apple devices:

Reiner interpreted this as a rhetorical question meant to suggest that Sony would not help Apple by supplying cameras for the next iPhone.

“A closer look at the article that sparked the conjecture suggests Stringer implied just the opposite – i.e. that the notion of such a hook-up was rather silly,” Reiner said. “Based on our independent field work, we continue to strongly believe that OmniVision has won the image sensor slots on the next iPhone.

Still, this doesn’t explain why analyst Ashok Kumar claimed last year that Apple would use an 8 MP camera lens from Sony in the “2011 iPhone”. Kumar also correctly suggested that Apple would use an OmniVision 5 MP lens in the iPhone 4, which was unveiled two months later. The iPhone 5 is still rumored to be announced sometime between this summer and Fall 2011, with the upcoming WWDC apparently focused on software announcements.