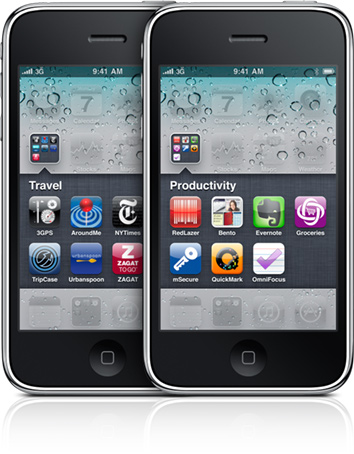 With Apple wrapping up its software announcements for the WWDC set to kick off in San Francisco on June 6, a new rumor suggests the two-year old iPhone 3GS won’t get the iOS 5 upgrade when Apple releases the first betas this summer and the final version of the OS likely this Fall. According to Russian analyst and Mobile Review editor Eldar Murtazin, the 2009 iPhone 3GS will stay on iOS 4, thus leaving the iPhone 4 and next-generation device Apple is scheduled to announce later this year as the only iPhone models capable of running iOS 5. Murtazin wrote in a tweet posted earlier today:

No additional details are provided by Murtazin in his Twitter timeline, leaving room for much speculation in regards to reliability of the rumor. When Apple released iOS 4 in summer 2010, for example, the company made sure it could run on the iPhone 3G, 3GS and iPhone 4. It was only with the first beta of iOS 4.3 (seeded in January) that Apple dropped support for the iPhone 3G and iPod touch 2nd gen – older devices the software team at Cupertino thought wouldn’t be capable of running the latest versions of iOS anymore. And again, Apple “unofficially” confirmed they were dropping support for the original 2007 iPhone in 2010, when Steve Jobs replied to a customer email and said Apple wouldn’t update the original iPhone in the future. Indeed, the 2007 iPhone can’t run iOS 4.

At this point, it’s unclear whether or not the iPhone 3GS will receive an upgrade to iOS 5, though Apple’s history seems to indicate that an iPhone lifespan varies from two to two years and a half. A report posted by 9to5mac earlier this month claimed that Apple was internally testing iOS 5 on the iPhone 3GS, although the website suggested that it wasn’t “immediately clear” whether the 3GS would eventually get the public version of iOS 5.

The iPhone 3GS was introduced on June 8, 2009, at the WWDC in San Francisco. It was released on June 19 in the United States, Canada and six more European countries, featuring faster performances with 256 MB of RAM, better camera with video capabilities, voice control and digital compass. The device is still available on Apple’s website at a discounted price of $49 for the 8 GB version. The iPhone 3GS runs the latest iOS 4.3.3, though the difference in performances is notable when compared to A4 and A5-enabled devices like the iPhone 4 and iPad 2.