He did it again, and with his usual style we’ve gotten used to. Steve Jobs has replied to a customer mail regarding the future support for the iPhone 2G (do you even remember it?) and clearly said:

So, the first generation iPhone won’t be supported anymore from Apple. And this is quite fair, as technology moves forward and old models are left behind. We didn’t get any confirmation about this at the latest Apple event, except that iPhone OS 4.0 isn’t entirely compatible with the iPhone 3G and old iPod Touch. But now, Steve himself that not only the iPhone 2G won’t run OS 4.0 as it should, but that Apple is officially dropping support for it.

You should upgrade your phone, folks. Check out the mail screenshot after the break. 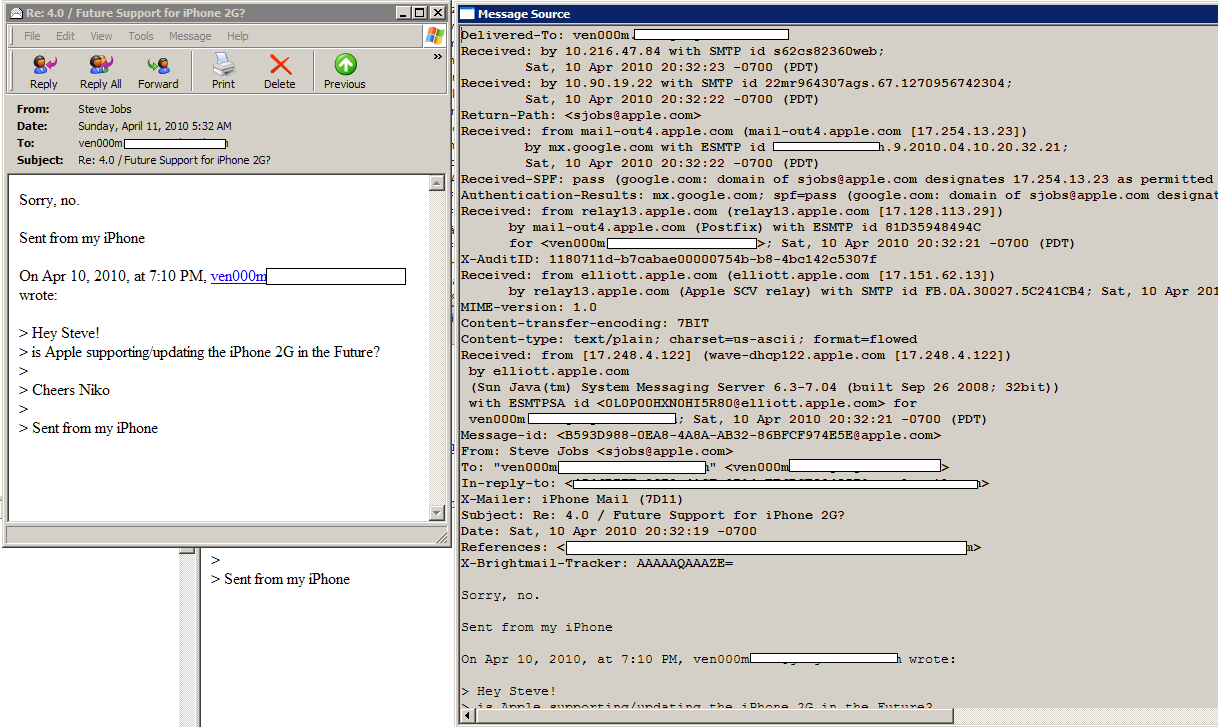