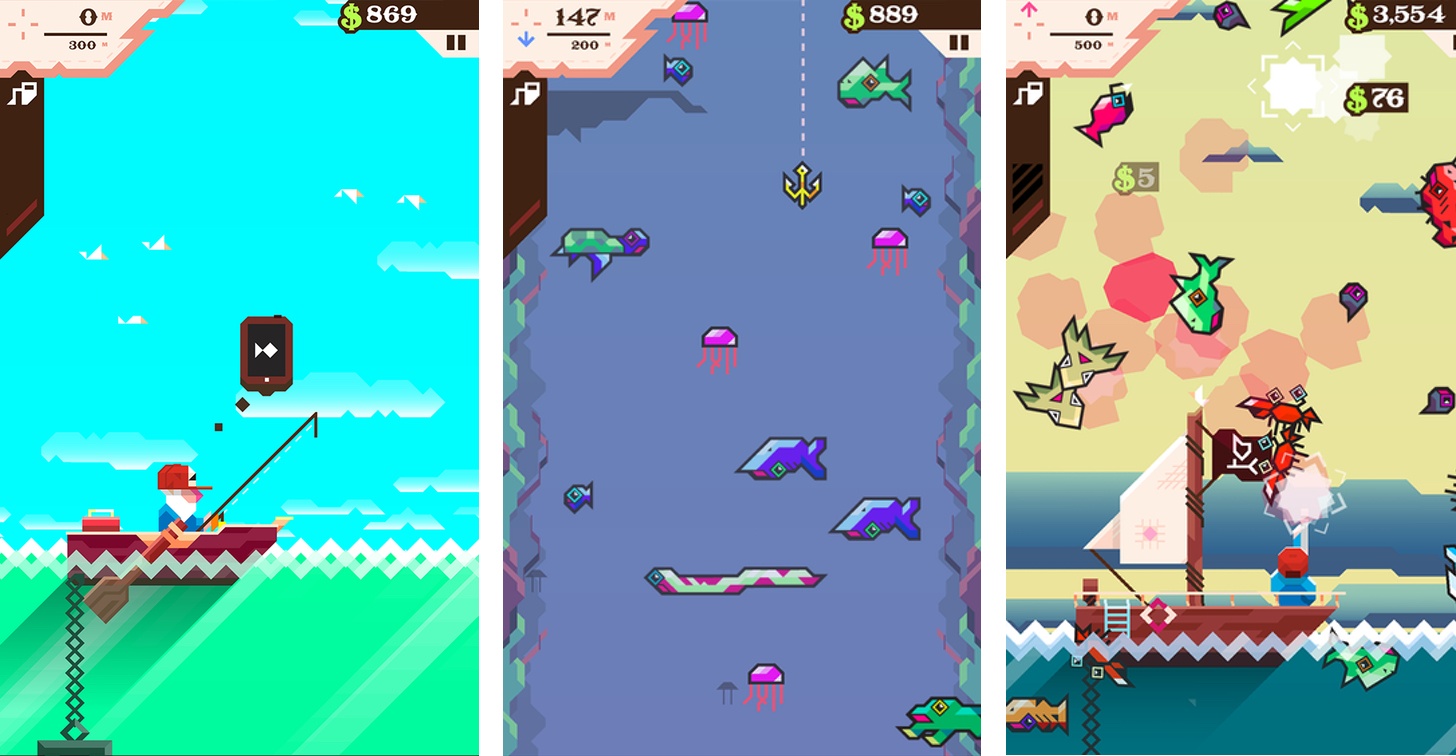 Today, Ridiculous Fishing, the classic 8-bit style fishing game from Vlambeer was updated with support for 64-bit chip architectures ensuring that its fans will still be able to play the game when they update to iOS 11. Apps that only support 32-bit chip architectures will be left behind by iOS 11 rendering them unusable on devices running Apple’s latest OS. The switch was first telegraphed by Apple in 2014, so developers have had three years to prepare, but the transition will nonetheless leave some apps behind, many of them games. According to Fast Company, AppFigures estimates that as many as 470,000 apps may no longer work on iOS 11.

At the same time, however, a recent flurry of updates means that some iOS classics will survive, including Ridiculous Fishing. Released in 2010 as a collaboration among Vlambeer, Zach Gage, and Greg Wohlwend, Ridiculous Fishing follows Billy as he fishes with items like guns, chainsaws, and toasters. The game won an Apple Design Award in 2013 and still has a loyal following. In addition to adding 64-bit support, the update adds haptic feedback and two speedrun leaderboards.

Although there will undoubtedly be some apps and games that fall by the wayside in the 64-bit transition, my hope is that early iOS classics like Ridiculous Fishing, Canabalt, and Bumpy Road, which have all received recent 64-bit updates, are discovered by a new generation of iOS users.