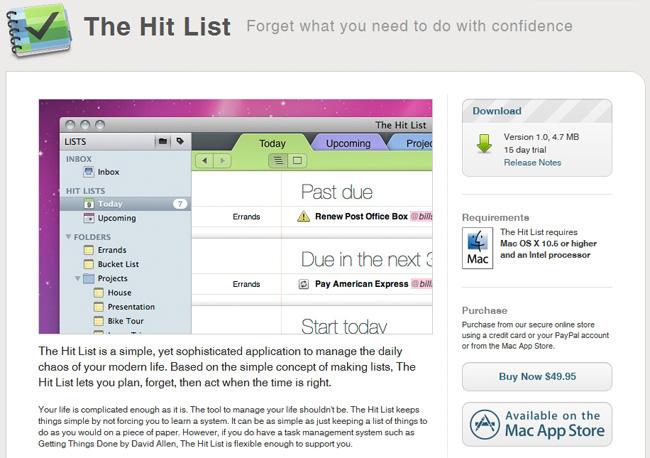 A unicorn has been born at the Potion Factory because The Hit List just went 1.0 and is ready for download via Potion Factory’s site (with a 15 day free trial) or the Mac App Store for $49.99. Back in 2009, people who purchased the MacHeist bundle got a license for the app when it was in beta and that license will still work today.

Many people doubted that it would ever see an official 1.0 release, but Andy Kim said “This, its iPhone companion app, and its sync service were the single most difficult undertaking of my life so far bar none. I hope that it won’t dissappoint and I hope that it will help you become more productive by taking the chore out of keeping track of what to do.”

More screens and iPhone news after the break.

He also mentioned an “iPhone companion” and “sync service;” an iPhone version of The Hit List isn’t too far behind. I have been beta testing the iPhone app for the several months and it’s worth the wait. Below are some more screenshots of this beautiful GTD app. 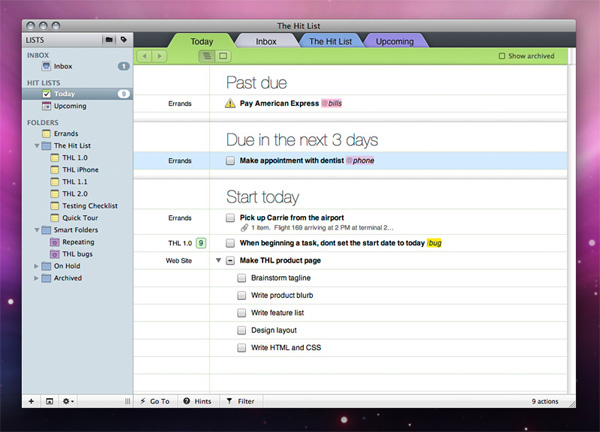 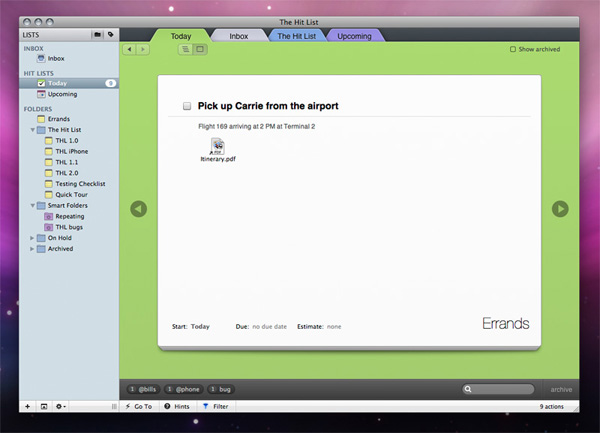 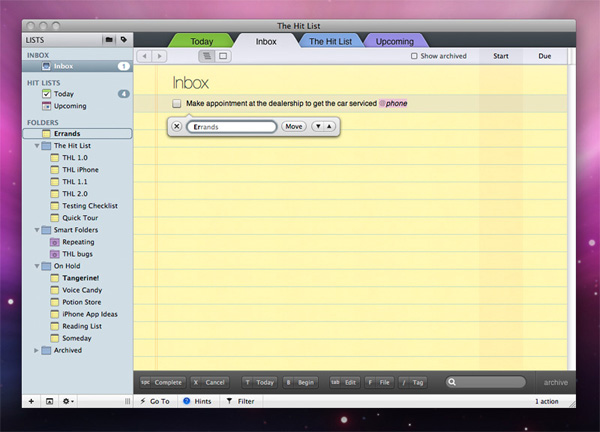 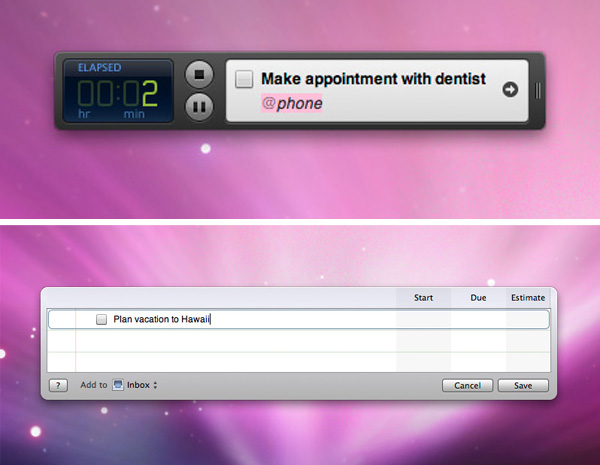