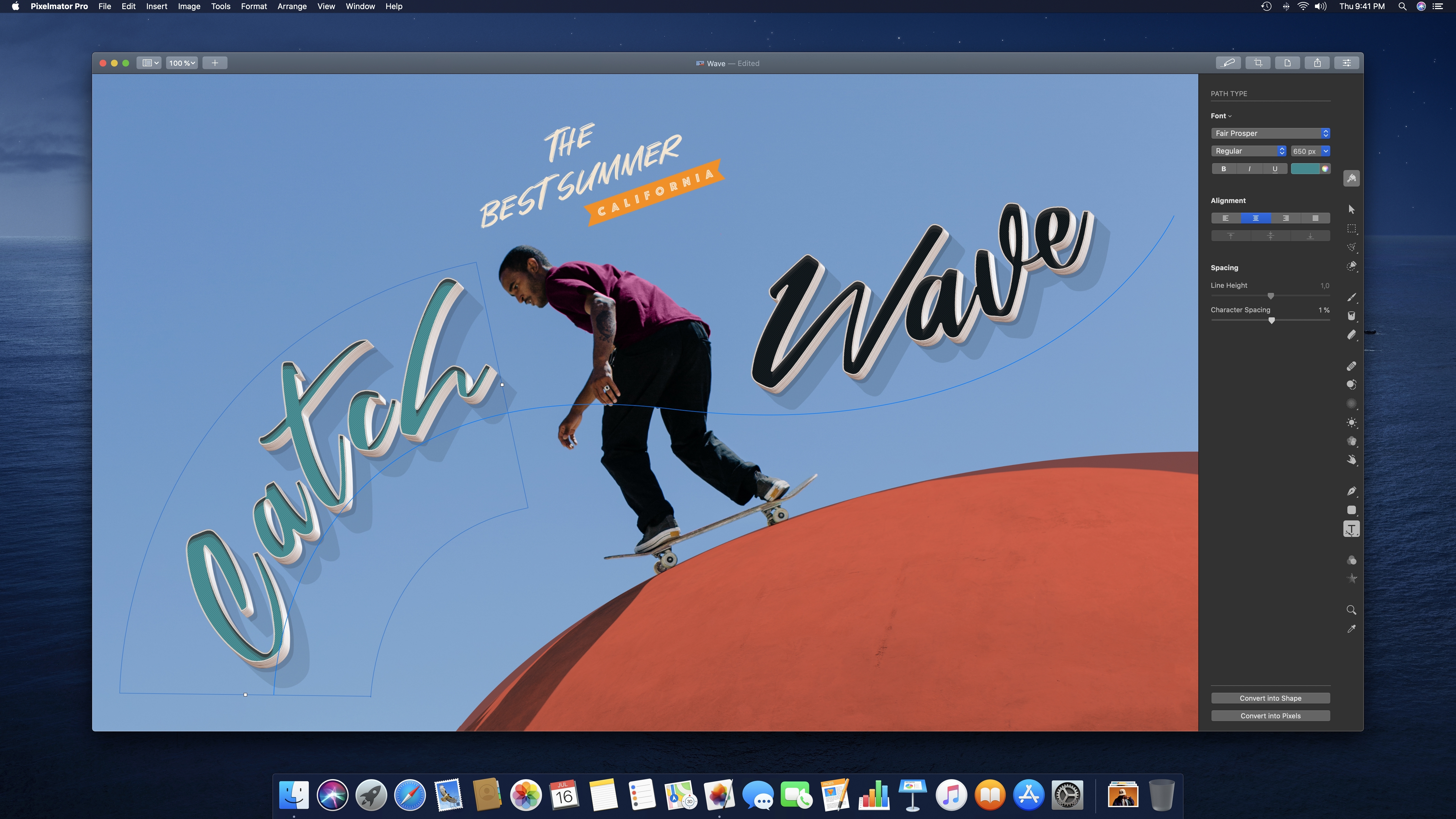 Version 1.7 of Pixelmator Pro was released today with support for placing text along a path, rotating the app’s canvas, a refinement of ML Super Resolution, and a new quick-start welcome screen.

The update, dubbed Sequoia, adds three type tools: Circular Type, Path Type, and Freeform Type. You can pick one of those tools to create a path for your text or click on an existing path in a project to type along it. With the text tool selected, your pointer switches as you approach the border of a shape in your project to the text path tool, indicating that you can begin typing along the shape with a click. The tool supports emoji and SVG fonts and can be converted to shapes too. 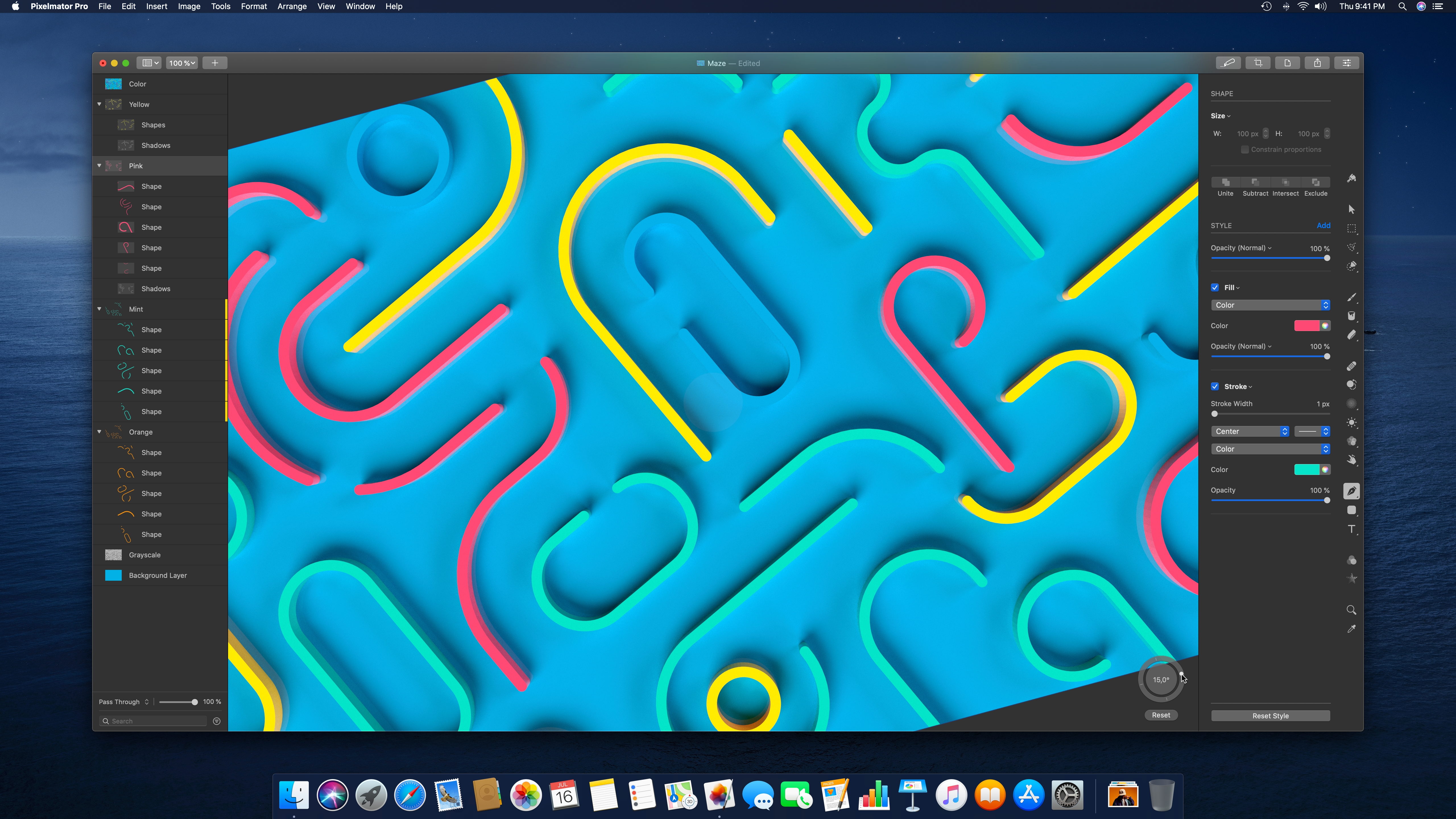 Canvas rotation is handled by a circular puck in the lower-right corner of Pixelmator Pro’s image viewer. You can enter a precise number of degrees to rotate the canvas, drag the dot along the circle’s perimeter, or use multi-touch on a trackpad to dial in the exact rotation you want. When using the trackpad to rotate, Pixelmator Pro provides haptic feedback in 90-degree increments, which is a nice touch. By default, the rotation tool appears when you begin a trackpad rotation, but you can set it to always or never be visible from the View menu too. Canvas rotation is a fantastic addition for anyone using Pixelmator Pro with Sidecar on an iPad. 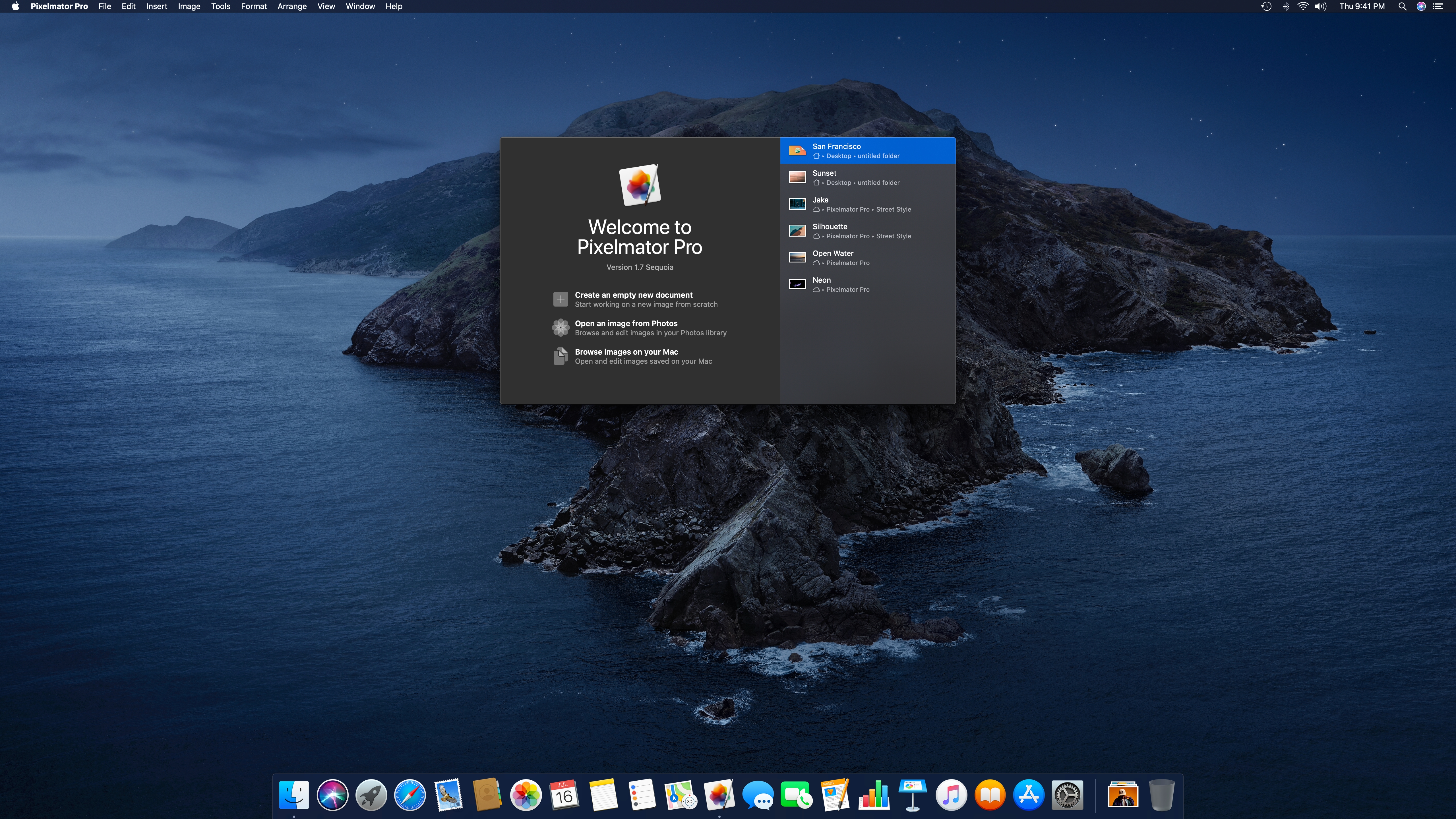 There have always been several entry points into Pixelmator Pro, but it’s easier to pick the one you want with the new welcome screen. The screen includes recent documents, the option to create a new empty document from one of the app’s many templates, and the ability to pick an image from Photos or anywhere in your Mac’s file system.

Finally, today’s update also adds improvements to ML Super Resolution. This feature refines images’ resolution to allow them to be displayed at bigger sizes with a minimum amount of blurring. It’s a handy feature that I’ve used in the past to upscale screenshots of standard definition video. In addition to working better than before with the latest update, MS Super Resolution has added support for RAW images and a progress bar.

Pixelmator Pro has long been one of my favorite image editors on the Mac. With each release, the app has gained additional functionality that makes it more than just a photo editor. With tools like typing along a path and canvas rotation, Pixelmator Pro should be far more capable than ever before in a designer’s hands.