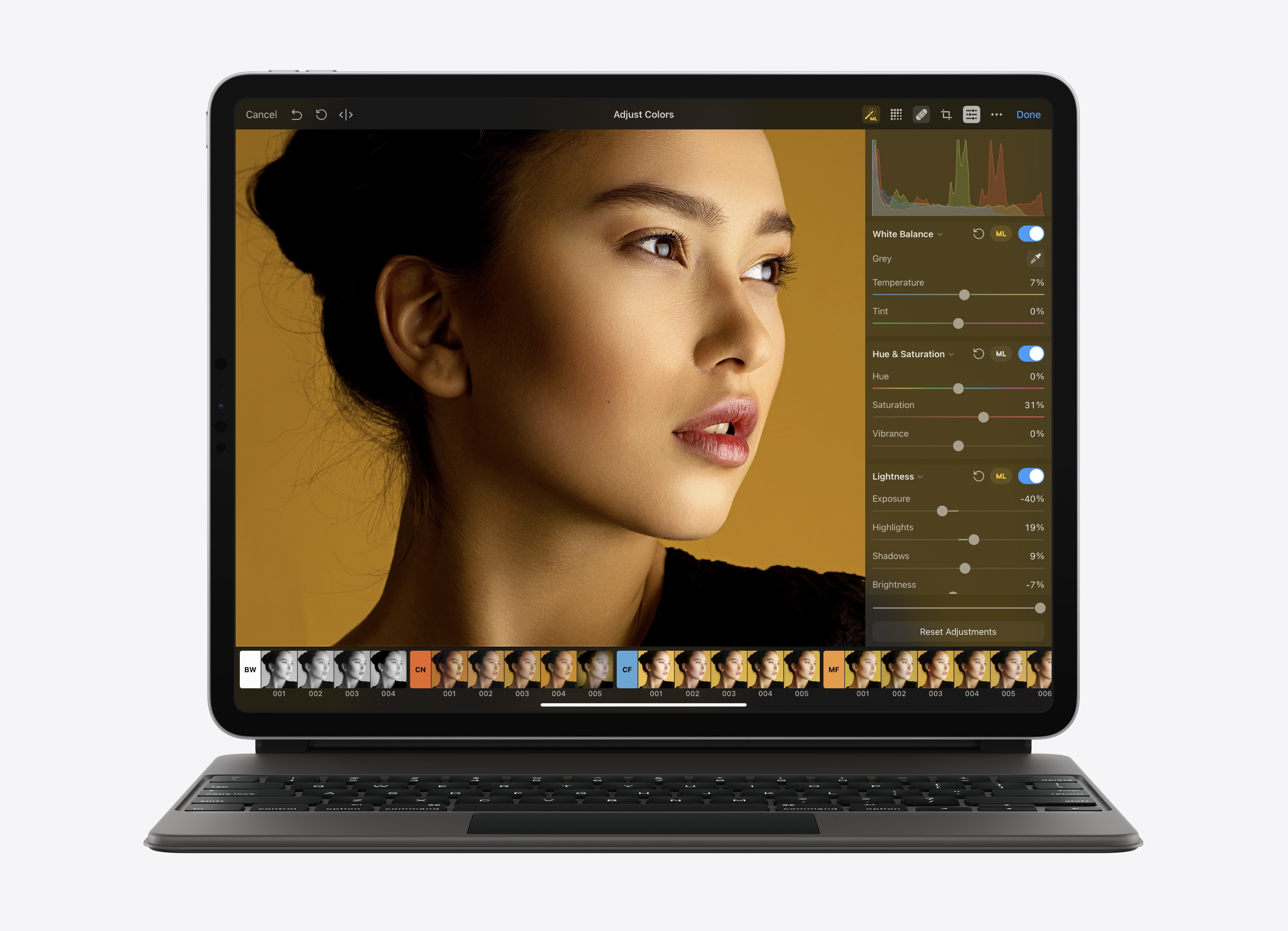 During Apple’s keynote today, the company showed off the iPad Air’s new A14 Bionic chip with a demonstration from Pixelmator, which showed off the latest version of Pixelmator Photo, which was released today. The new version of the app comes with two headlining features: ML Super Resolution, which is powered by the Neural Engine that’s part of Apples SoC, and a split-screen slider for comparing photo edits.

The new split-screen preview is a terrific way to show off ML Super Resolution or any other edits you make to a photo. Tap and hold on the screen, and a vertical line appears under your finger, dividing the screen into a before-and-after preview with before on the left of the divider and after on the right side. 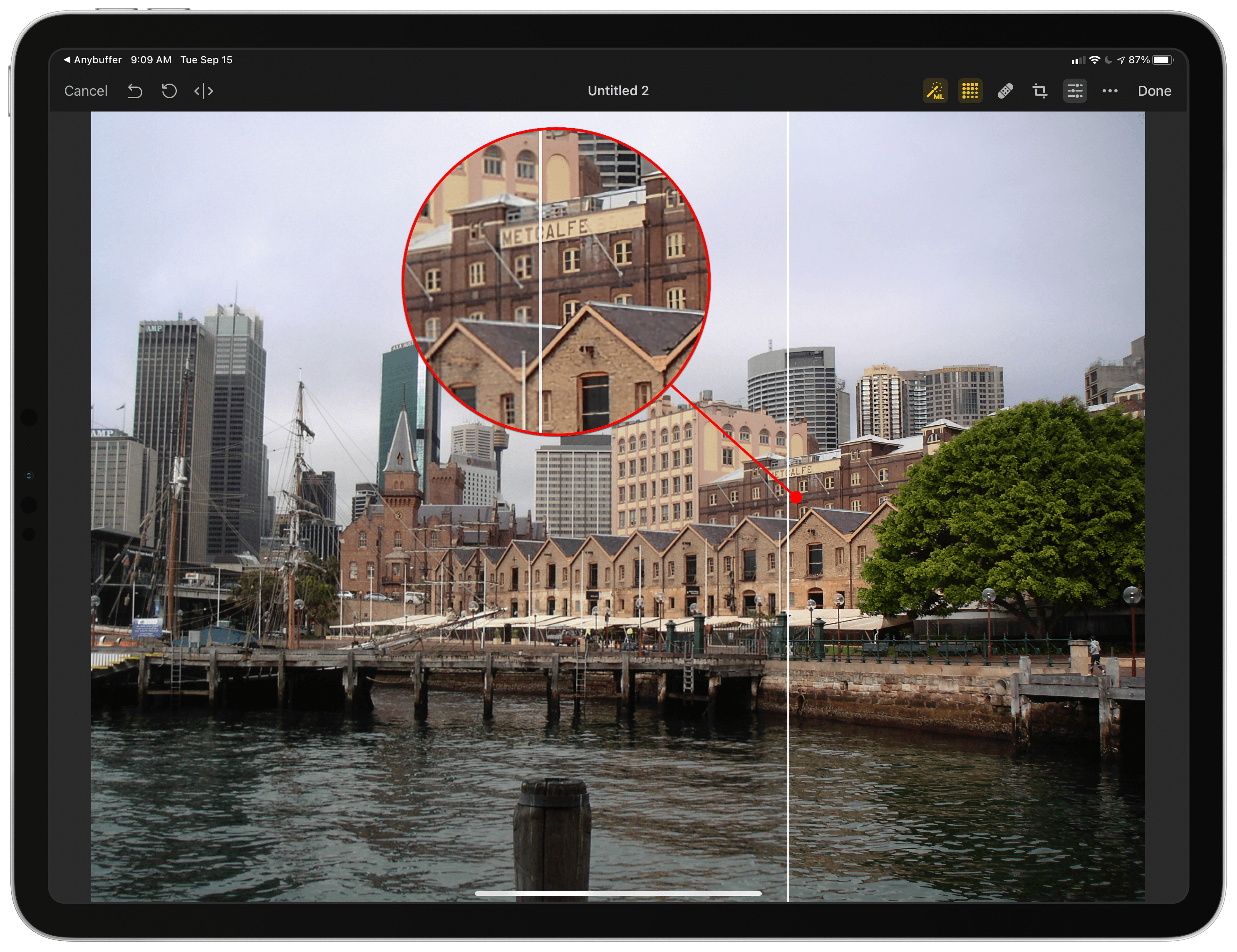 ML Super Resolution does an excellent job bringing out the details in this shot of the Sydney waterfront.

In my limited tests, the results of using ML Super Resolution have been impressive. I used an image from a trip I took to Australia in 2007 with a low-resolution pocket digital camera. As you can see from the split-screen preview above, ML Super Resolution does a fantastic job sharpening the text on the side of a warehouse and adding definition to the brick buildings in the foreground. 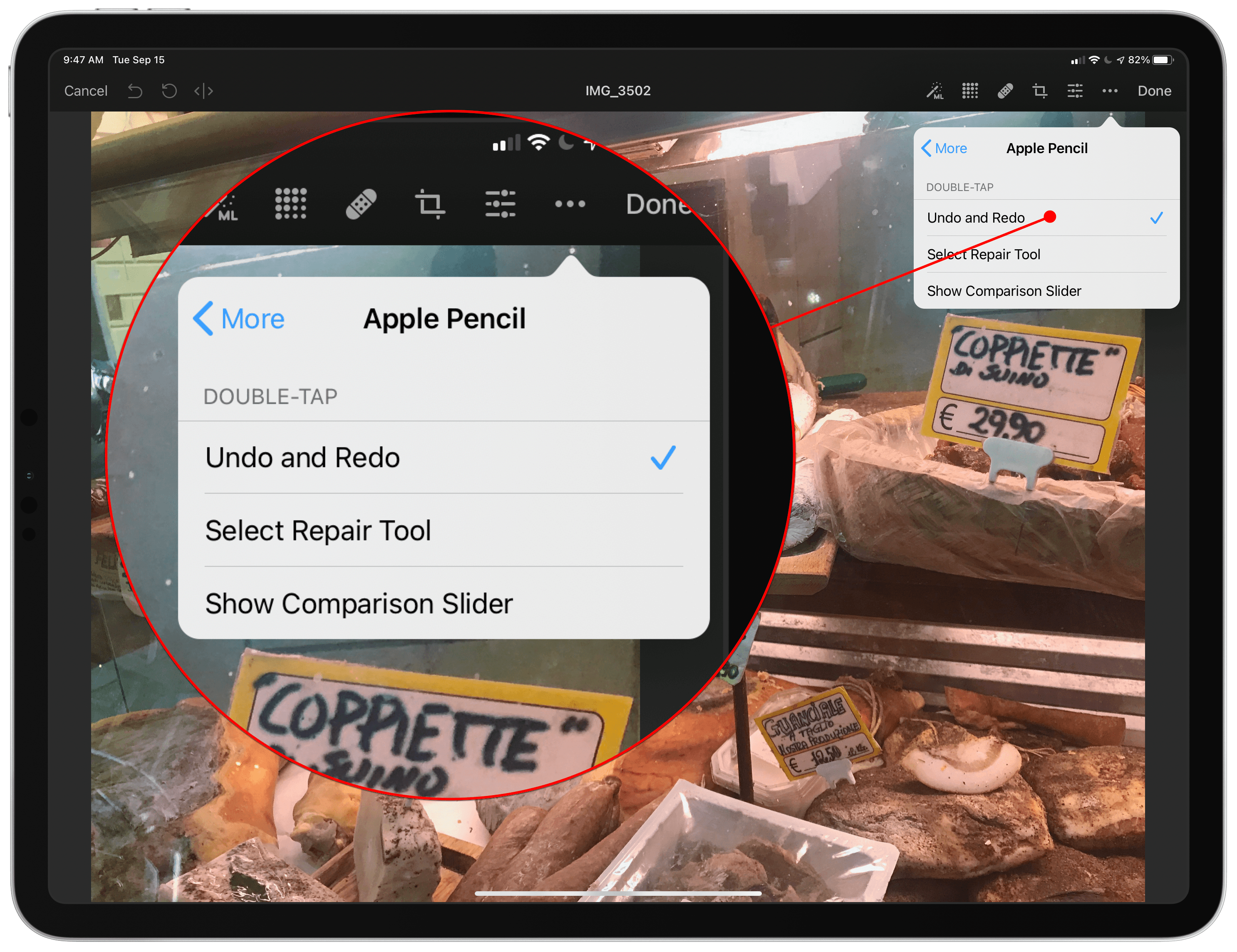 Today’s update to version 1.4 also adds a new Apple Pencil double-tap option in Pixelmator Photo’s settings. Double tapping the Apple Pencil is set to undo and redo edits by default, but you can also use it to select the repair tool or show the split-screen preview slider.

Pixelmator Photo is one of my favorite iPad photo editors. I use Pixelmator Pro on my Mac a lot too, and I’m glad to see more of its features coming to the iPad. There’s a lot to be said for editing images on the big display connected to my Mac mini. However, my iPad is often the biggest screen I have available and a more enjoyable way to browse and tweak photos I’ve taken.

Pixelmator Photo 1.4 is available as a free update on the App Store for existing users. For new users, the price has been increased to $7.99.