Anyway, Silicon Alley Insider reports that Apple and Facebook negotiated for at least 18 months over a “music-focused social networking service”, but couldn’t find a deal before Apple decided to let Ping fly with its own wings. 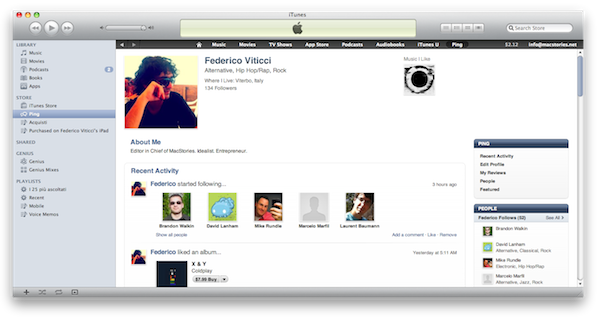 Before Apple launched Ping, its iTunes team was in talks with Facebook for 18 months or more, a source with knowledge of the talks tells us.

While we don’t know the details of their discussions, it makes sense that Apple may have wanted to build Ping as a music-tracking and sales service on top of Facebook’s social graph. This could have allowed Apple to get what it wanted out of the relationship – more iTunes and iPod sales – without having to build a social network from scratch.

It makes sense: Apple must have thought that Facebook’s immense database would be a pretty damn good starting point for a music-based social network, and they tried to convince them to build one. They failed, so what? They went for a similar route: iTunes existing music database. Who knows, maybe Ping “made in Facebook” would have been a lot better.