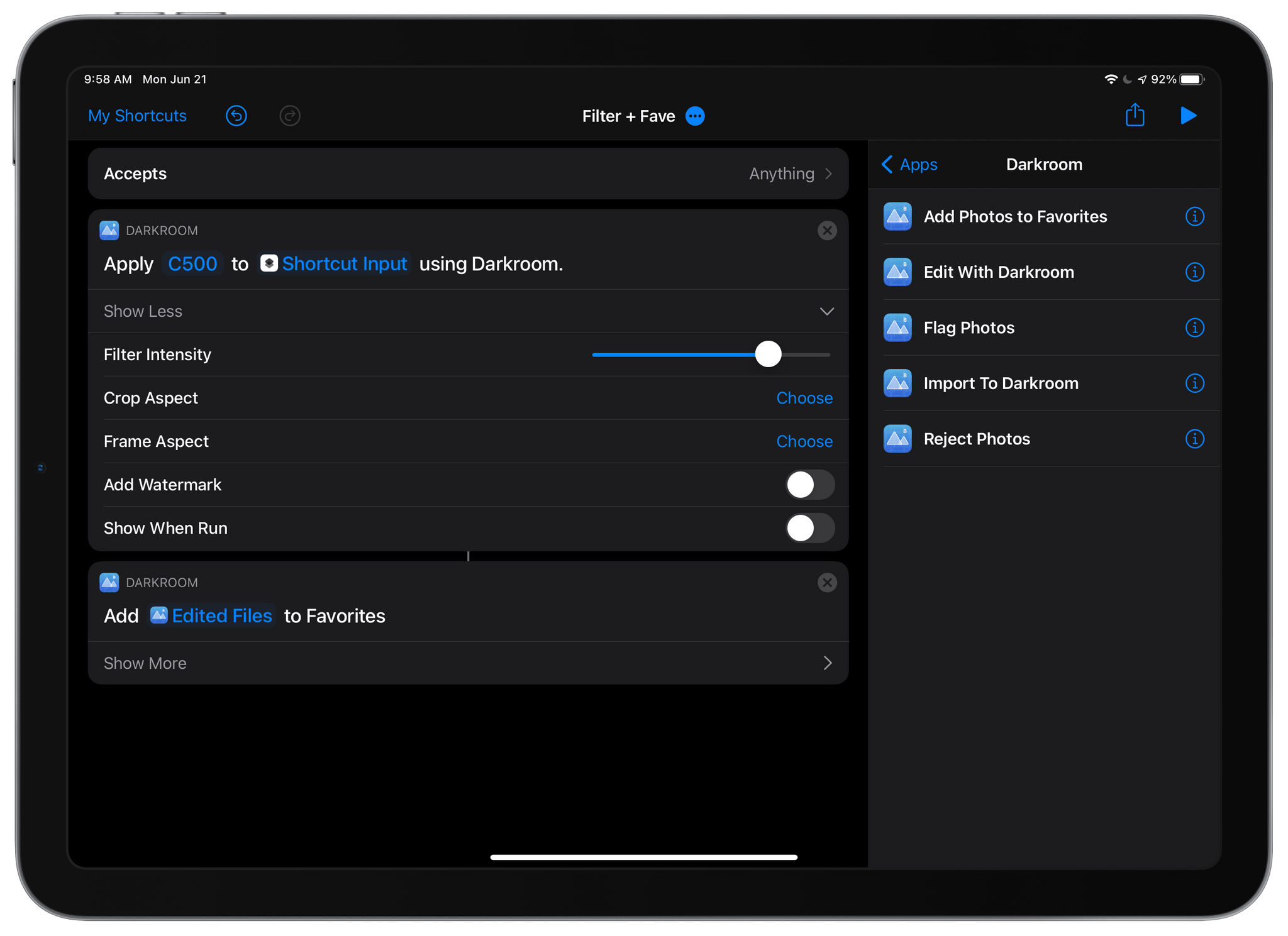 Photo editing and management app Darkroom, which added a new Clarity tool last month, has added substantial new Shortcuts actions to the app that allow users to automate a wide variety of its features for the first time. The update is notable because it allows Darkroom to work hand-in-hand with other apps, something which few photography apps do. For now, the shortcuts are available in Apple’s Shortcuts app on iPhones and iPads, but this fall, when macOS Monterey is released, the Darkroom team says that it plans to offer the same actions on the Mac. 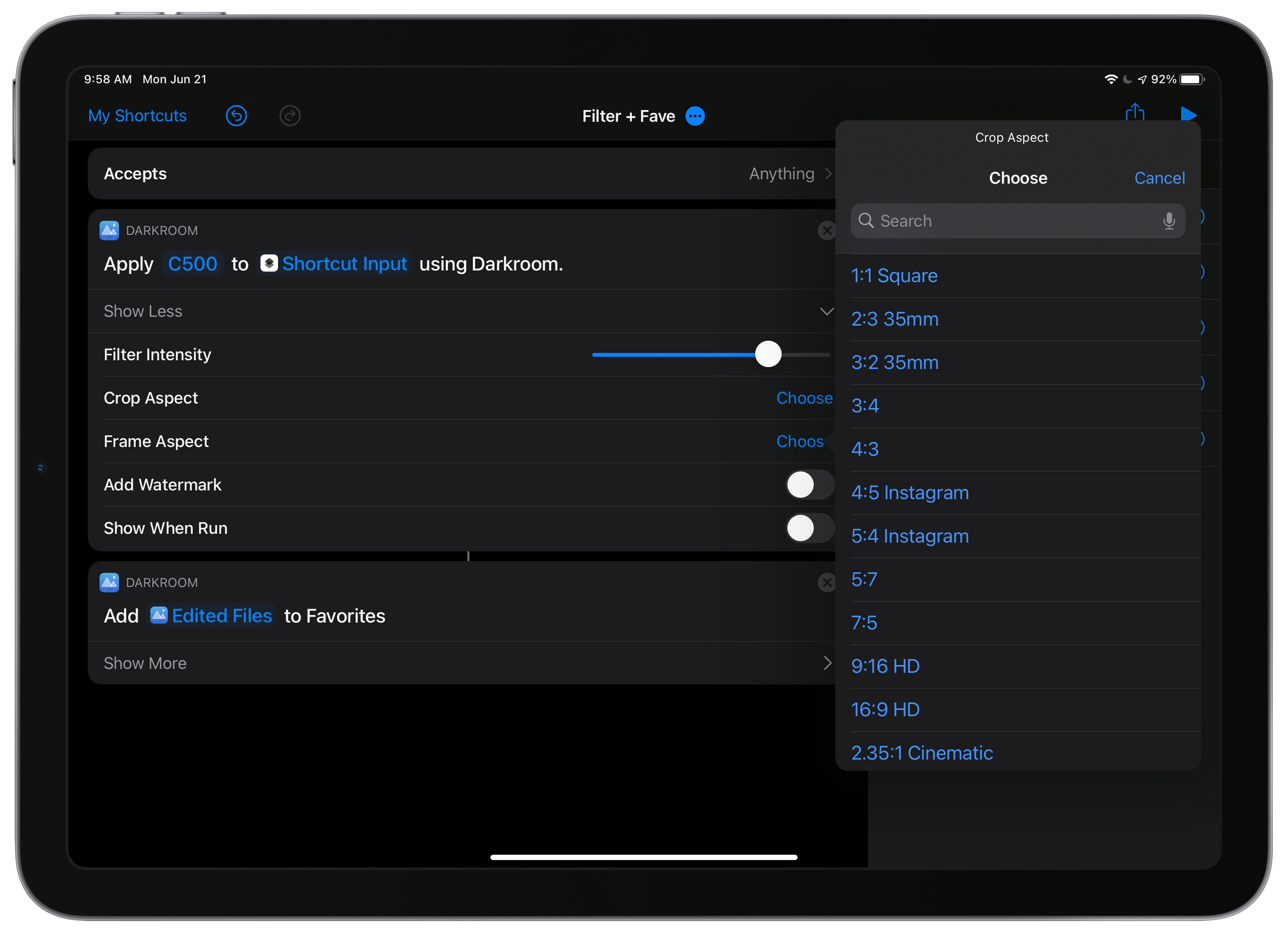 Darkroom can automate cropping to a long list of aspect ratios.

The Import to Darkroom action adds images to Darkroom and can simultaneously apply a filter with the intensity you choose, set a frame aspect ratio with an inset, and optionally prepare the processed image for export. The Edit With Darkroom action can also apply filters and apply a frame to an image and adds the ability to crop an image to any of a long list of preset aspect ratios and add a watermark to images, all without opening Darkroom. Cropping an image has also been added as an edit that can be pasted to multiple images inside the Darkroom app itself.

The Flag, Reject, and Favorite actions do as you’d expect, allowing you to mark images accordingly without doing so from inside Darkroom itself. Flagging and rejecting photos is a recent addition to Darkroom, which I previously covered on MacStories.

It’s fantastic to see Darkroom adding such deep support for Shortcuts. The app itself is one of my favorite photo editors. However, by freeing its core features from the app itself, Darkroom gains the advantage of becoming part of more complex photo-editing workflows, automatically processing images in multiple apps, without the images having to be opened sequentially in each app. I’ve just begun to scratch the surface of what Darkroom’s new Shortcuts actions can do, but the possibilities are intriguing.