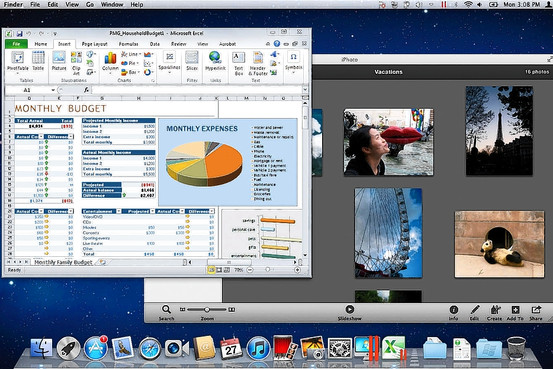 Earlier today Parallels Desktop 7 for Mac was unveiled, bringing more features and substantial speed improvements to the popular desktop virtualisation software. Headline features of the new version include greater Lion support such as Full Screen Mode and Mission Control, iSight/FaceTime Camera support and those speed improvements which include up to 60% faster resuming and 45% faster 3D graphics.

Mac Developers will now be able to emulate a copy of Lion in Parallels whilst on a Lion installation as per the new Lion license agreement. Installing Windows has also been simplified with a “Windows on Demand” service offering users the ability to instantly purchase and download Windows - particularly helpful for those with new Macs that no longer include DVD drives. Walt Mossberg reviewed the new Parallels on his Late-2010 MacBook Air and said it “ran Windows quickly and smoothly, and integrated well with some of Lion’s new features”.

Also revealed today was that the Parallels Mobile App is receiving a substantial update so that it can completely control a users Mac rather than just the virtualised environment as had been the case prior to this update. The app, available for the iPad, iPhone and iPod Touch, is on sale at a special introductory offer of $4.99 but the update is free to existing users.

Jump the break for some promo videos of the new Parallels products.