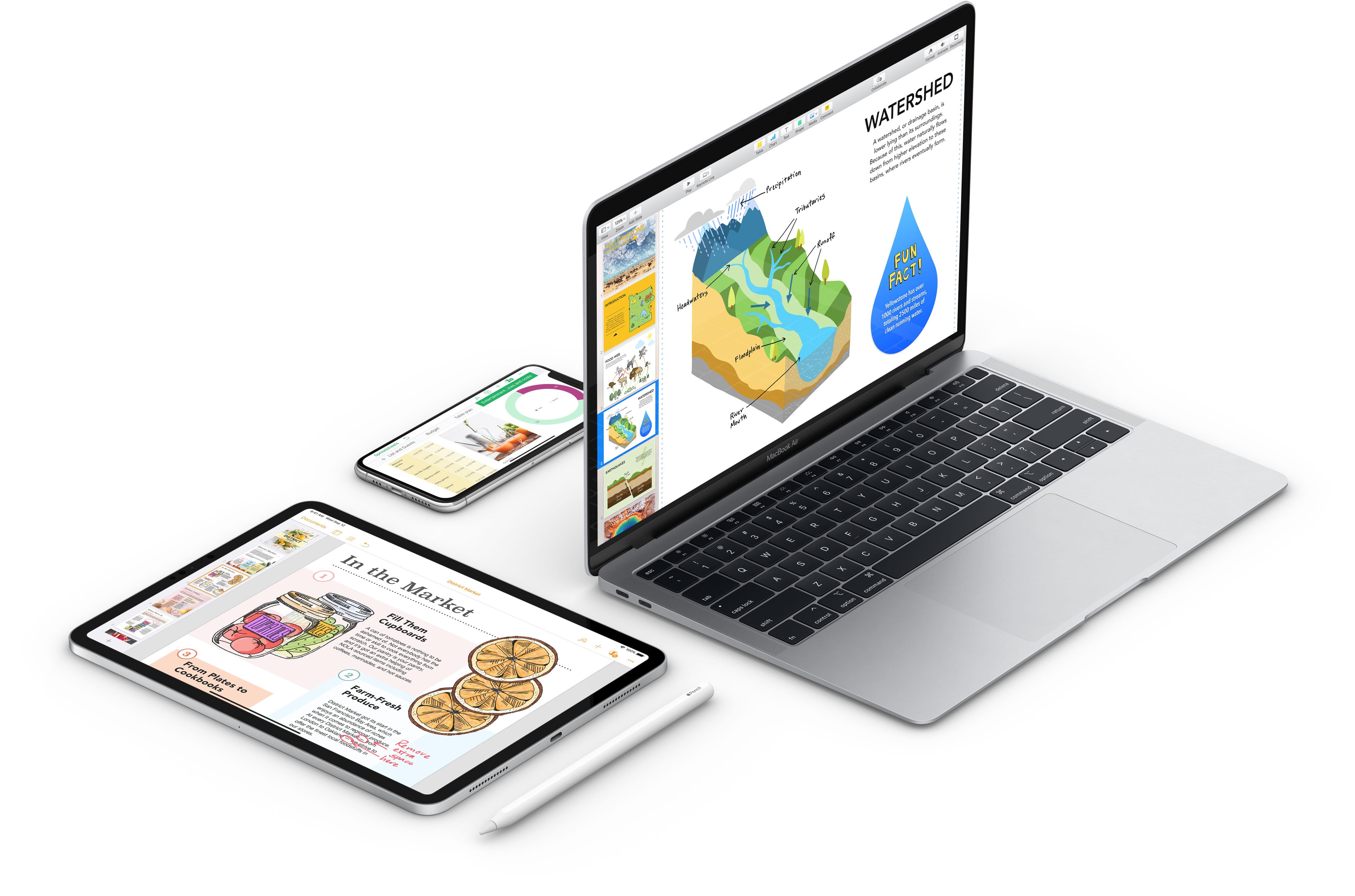 All three of the apps in Apple’s iWork productivity suite received a substantial update this week. Changes varied by app and across platforms, but the lion’s share of the revisions improved the apps’ flexibility, text styling, and image handling capabilities, and, on iOS, Pencil integration.

The Mac versions of Pages, Numbers, and Keynote and their iOS counterparts now allow text to be styled with gradients and images. There are also new outline styles. Images, shapes, and equations can be placed inline in text boxes, which allows them to move with the text box when it’s moved, and the apps use face detection when photos are added to a document to determine where they should go intelligently.

In Pages, Numbers, and Keynote for iOS, a double-tap of the Apple Pencil toggles it between two modes: scrolling and selection, and drawing. The apps’ dictionaries can also be modified now using a new ‘Learn Spelling’ function. Altering the size and color of bullets, adding custom bullets, and changing indentation levels for bulleted lists is available in all three apps as is changing the borders of cells in tables. Finally, all three apps have new chart editing functionality for styling series, adjusting the spacing between columns, and adding trend lines, among other things.

Most of the remaining changes are to Pages and Numbers. Both iOS and Mac versions of Pages and Numbers have added the ability to link text to other pages of a Pages document or sheets in Numbers. Also, on both platforms, Pages can copy and paste pages of a document or sections of one between two different documents and reapply a master page to return a document to its default style state. There’s an English-language template for creating novels in Pages on iOS and the Mac too.

Finally, both versions of Numbers use a new, more powerful 128-bit calculation engine in its spreadsheets and add the ability to insert rows into filtered tables.

It’s great to see all versions of the iWork apps getting an update. I don’t use Pages or Keynote regularly, but Numbers has become an app that I rely on most days, and I appreciate the fact that Apple has kept the functionality of both the Mac and iOS versions close to each other even if it means maintaining two separate sets of code.