Apple has just released the GM seed for OS X Lion. It’s available now for registered developers in the Mac Dev Center. Build number is 11A511, and Lion is expected to be released publicly later this month. A GM seed is usually seeded to developers a few weeks ahead of the final release. At the WWDC ‘11, Apple announced that the upcoming version of OS X would be released exclusively on the Mac App Store as a digital download priced at $29.99. The company said Lion would come out in July, without specifying an exact release date. With over 250 new features including the Launchpad – a new way to launch and manage apps in iOS-style – Mission Control, new Mail and extensive usage of multitouch gestures, Lion is set to refine the desktop OS adding elements and user interactions heavily borrowed from Apple’s success on the iPhone and iPad.

Apple has already detailed the Lion upgrade process for businesses and education, and confirmed that new Macs bought after June 6 will be capable of getting Lion for free through a request within 30 days of Lion’s release.

In addition to the OS X Lion Golden Master, Apple has also released Xcode 4.1 Developer Preview 7 and OS X Lion Server GM seed. Both GM seeds of Lion need to be redeemed in the Mac App Store with a redemption code – previously, Apple had made available builds both through the Dev Center and Software Update for minor changes to the developer preview code.

Update: a new beta of iCloud for Lion has also been released. The new iCloud for OS X Lion beta is required to use iCloud’s syncing features on Lion Golden Master.

The Golden Master version of OS X Lion (10.7) just released to developers includes the final end-user licensing agreement (EULA) which reveals that users can run up to two additional instances of OS X Lion on their same machine without a need for extra licenses. From the 10.7 EULA:

(iii) to install, use and run up to two (2) additional copies or instances of the Apple Software within virtual operating system environments on each Mac Computer you own or control that is already running the Apple Software.

MacRumors seems to believe this is related to the fact that virtualization was possible in previous versions of OS X Server, which will be sold as an add-on to Lion in the Mac App Store.

Additionally, a forum member has posted a screenshot of a scrolling video Apple has put right after the first boot of the OS, instead of the usual presentation video seen in older versions of OS X. Lion’s scrolling system is “reversed” by default (similarly to iOS, content follows finger’s direction), so it makes sense to include a video explaining the differences in Lion for users coming from Snow Leopard, or other OS X versions. 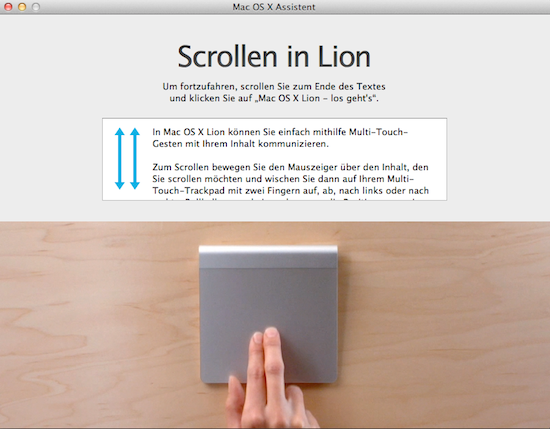 Moreover, Apple has enabled the gesture & scrolling promo video for the GM seed – they are quick animations showing how you can work with scrolling and multitouch gestures to perform various actions on your Mac. You can find them under System Preferences -> Trackpad (or mouse, depending on your configuration). 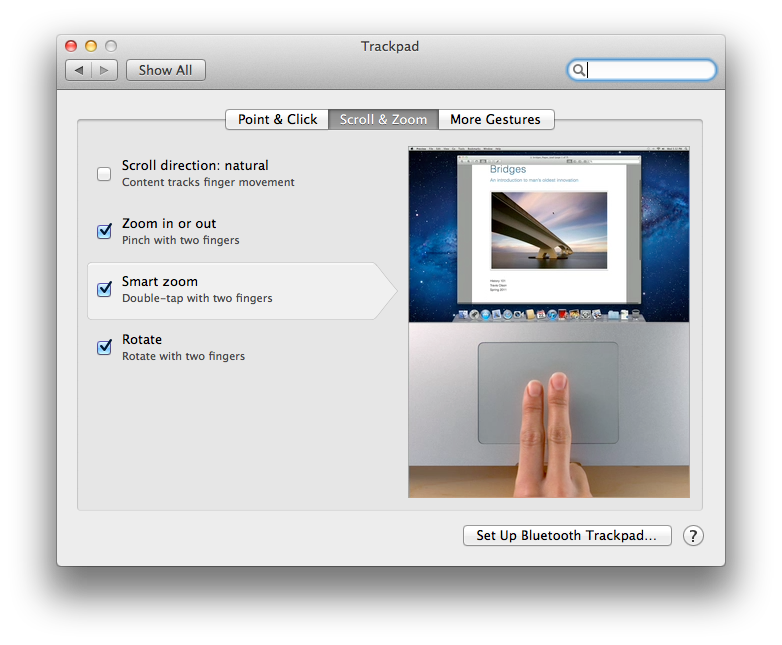 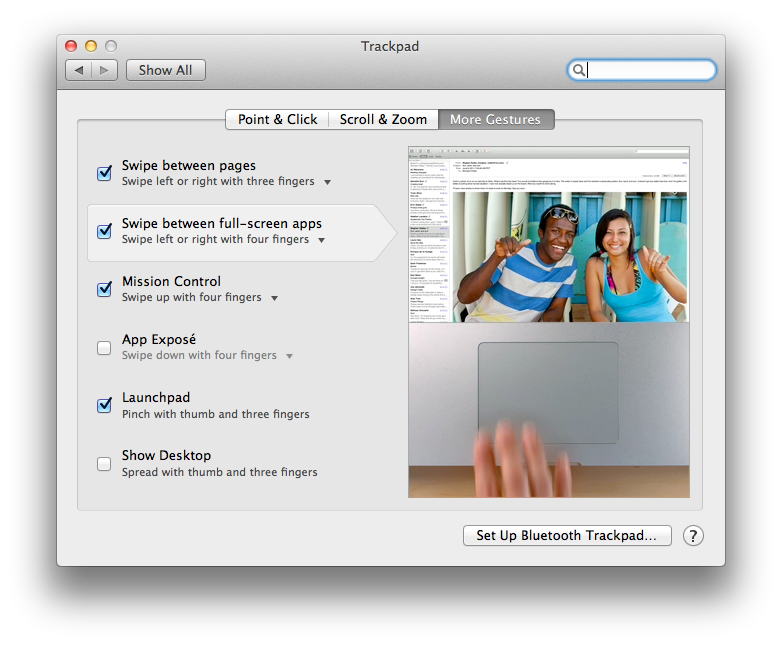 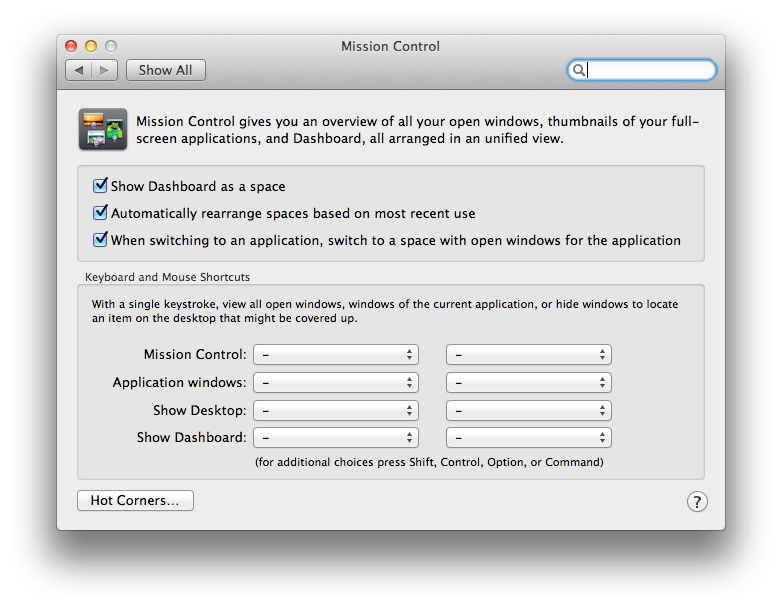 As others noted in previous Lion developer previews, additional VoiceOver Utility voice packs (licensed from Nuance) can be downloaded through Software Update. The functionality is enabled and working in OS X Lion GM. 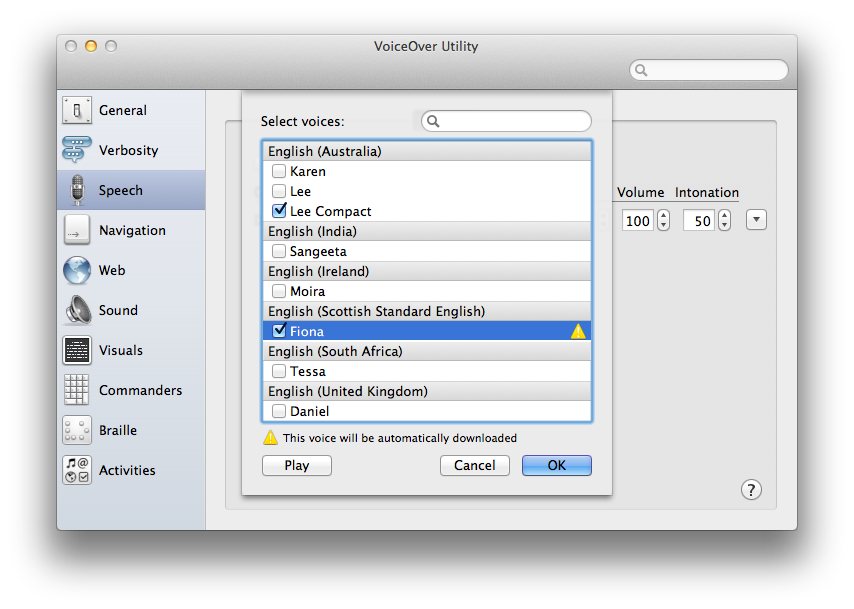