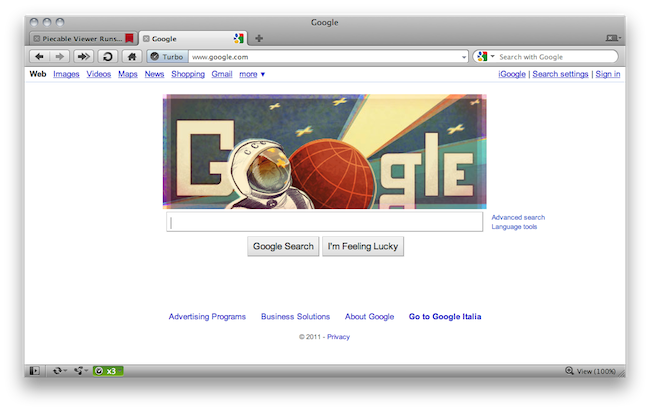 Alternative web browser Opera has always been the one that experimented with features and user interface schemes before the “big players” like Firefox and Chrome implemented them. This is true for tabs, tab groups, speed dials, and many other little touches the Opera developers played with over the years. The browser failed to gain a massive traction among average users, but it’s got a loyal userbase willing to test the latest beta or alpha version. Opera released today a new stable build for Mac, Windows and Linux – initially codenamed Barracuda and now available for download with version number 11.10.

Opera 11.10 builds on the features introduced in Opera 11 such as tab stacking and extended HTML5 support by further refining the interface, improving support for CSS3 and HTML5 standards, and introducing a tweaked version of Opera Turbo that works through Google’s WebP engine. First off, Speed Dials have been slightly redesign to feature a “flow layout” that allows users to decide the numbers of columns to display and the size of thumbnails – which, by the way, should offer crisper graphics. You can add as many Dials as you want without limitations.

A Mac-specific tweak involves the browser tabs that now have a closing animation on OS X machines. More importantly, the Turbo functionality that’s aimed at speeding up browsing on slow connections like tethered phones and public hotspots has been improved in the way it handles compressions using WebP. Images should be compressed more, better and faster than before, but we’ve noticed some issues with heavy compression cutting off parts of an image or graphics from websites.

Check out the full 11.10 changelog here. The new version of Opera is available here, and there’s a demo video embedded below.