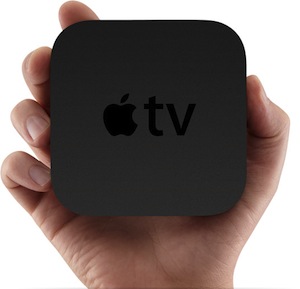 I noticed this issue last week and I thought it was, once again, my ISP’s fault. The Vodafone Station connection I have here doesn’t exactly play well with…anything. Basically, I tried to set up the device using OpenDNS and I saw streaming speed of iTunes content go terribly down – even lower than what I’m used to with the Vodafone Station. It turns out, though, that it might not be Vodafone’s fault at all this time. Instead, it appears that the Apple TV doesn’t play nice with third-party DNS providers such as Google’s DNS or OpenDNS.

According to TUAW, developer Joe Maller and quite a few users on Apple’s discussion boards, setting different DNS other than your ISP’s in the Apple TV can cause iTunes to take even hours to start a streaming session. Maller’s Apple TV took 2 hours to start streaming content under a 20 Mbs connection.

The problem lies in the way Akamai (the content distribution network Apple relies on) fetches geographic information and redirects users to the closest servers accordingly. If you use different DNS other than your ISP Akamai may fail at getting the closest server and thus relocate you to a distant location, where most users with DNS set as yours will likely end up to as well. So basically, everyone who’s not using the correct ISP DNS may be forwarded to god knows what server which can get congested at any time.

This hasn’t been officially documented by Apple on its support website, and Maller’s theory is, well, just a theory. But I have to admit it’s a pretty accurate one, as turning back to my ISP’s default DNS settings fixed the issues for me, too. So there you have it: if you’re experiencing slow streaming and you happen to have set OpenDNS or Google DNS on your Apple TV, try to go back to default.

There’s a chance it’ll get better.