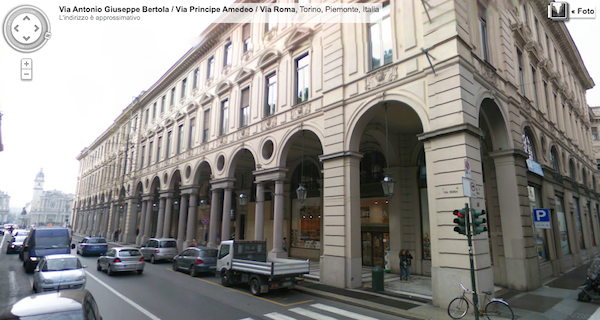 According to a report by Italian website Macity [Google Translation], Apple’s upcoming retail store in Via Roma, Turin, will become Italy’s “most important” one as it debuts later this year, with an opening date apparently set for September 2012. Citing “sources with access to information about the new store”, Macity claims the store in Via Roma will cover an approximate area of 1000 square meters (10763 square feet, possibly including warehouse and back of the store) on two floors. Previously owned by Mondadori, the empty store is now being completely emptied so to let Apple rebuild it to fit the store’s style, which will be “different” from the current retail stores in Italy (9 out of 10 are located in shopping malls, with the exception of Via Rizzoli). Last, according to Macity, once open, the new store will be as “prestigious” as other Apple retail stores in Europe, specifically in France and the United Kingdom.

Apple was long rumored to be on the verge of launching a new flagship store in Milan, although the company didn’t manage to get permissions from the city, losing an auction for the Galleria space to fashion firm Prada. The new store in Via Roma will join Apple’s other store in Turin, at Le Gru. [via GGD Milano]