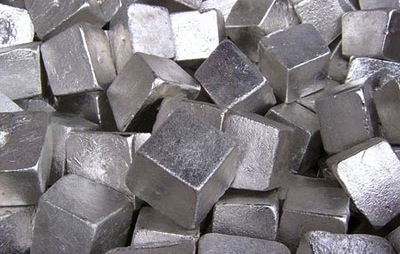 As the market for consumers electronics continues to grow, there is one problematic question that faces the industry - can supply keep up with demand? More specifically, there are a number of “rare earth” minerals that are crucial in creating electrical components for an array of consumer electronics that include the iPhone and iPad but also more generally in LCD TVs and laptops, but have been very hard to locate in large quantities.

The concern about supplying such rare earth minerals may be quelled, however, with Japanese scientists discovering huge deposits of these rare earth minerals on the floor of the Pacific Ocean around Hawaii. more promising is that the deposits are of a heavy concentration with just “one square kilometer (0.4sq miles) of deposits [from the region] able to serve one-fifth of the current global consumption”. The discovery was made by a team from the University of Tokyo, led by Yasuhiro Kato, an associate professor of earth science.

He estimated rare earths contained in the deposits amounted to 80bn to 100bn tonnes – compared to global reserves currently confirmed by the US Geological Survey of just 110m tonnes that have been found mainly in China, Russia and other former Soviet Union countries, and the US.

The news has been met with positivity by consumer electronics companies and has seen a boost in share prices of non-Chinese mining companies that specialise in rare earth mineral mining. It comes after consumer electronics companies last year faced uncertainty when China last year slashed rare earth exports. The move, primarily in trade of the minerals of tantalum and yttrium, was frowned upon because China currently produces 97% of the global supply.

Sony said at the time that the move was a hindrance to free trade. Japan, which accounts for a third of global demand, has been stung badly, and has been looking to diversify its supply sources, particularly of heavy rare earths such as dysprosium used in magnets.