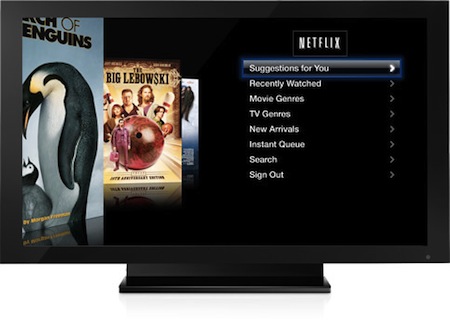 It has to be considered, though, that Netflix makes more sense on a TV’s big screen than a tablet’s, and Apple implemented a native Netflix front-end on the second-gen Apple TV. The iPad has access to Netflix through an app that has to be downloaded manually from the App Store.

In spite of the iPad’s bigger numbers, people still like to watch movies on their TVs, apparently. Perhaps the iPad is more meant for “web video”, rather than just movies. [TiPB via Yahoo]