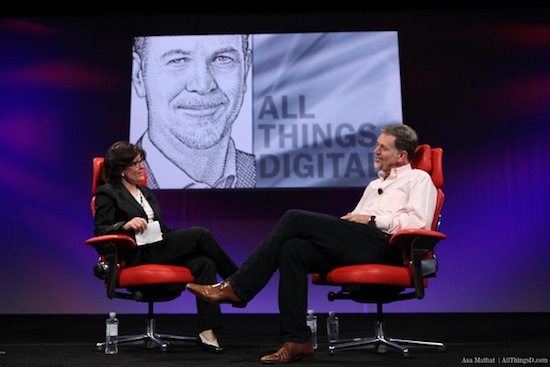 At All Things Digital’s D9 conference that’s being live streamed now, Netflix CEO Reed Hastings confirmed that the service is not seeing huge traction on the iPad, with the Apple TV – and Internet-connected TVs in general – being more important for Netflix going forward. From the live-updating full transcript:

Kara: What about mobile, other platforms?

Hastings: TV most important for video, as opposed to music, which works well on mobile. In coming years we’ll be on lots of Web TV app stores.

Kara: What’s up with tablets? It’s a big deal, right?

Hastings: Meh. Apple TV more important for us. Tablets not a revolution. The big deal for us is Internet connected TVs.

Netflix keeps updating its official app for iPhone and iPad every few weeks with new features, but the company had already reported more viewing hours on the Apple TV than the iPad. The second-generation Apple TV released in September 2010 comes with direct Netflix integration on the big screen, whereas iOS devices have to run a dedicated app to download from the App Store.