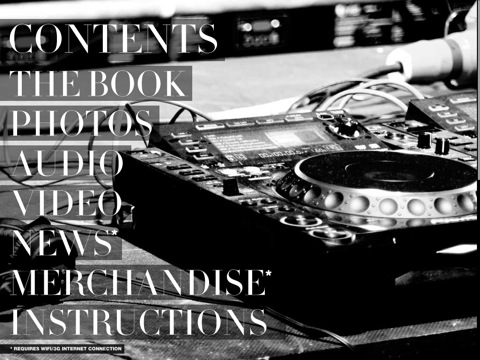 Remember iTunes LP? It’s an experiment from Apple that never really took off in popularity (although Apple doesn’t disclose iTunes Store sales numbers) that aimed at offering a richer experience for consuming music by adding graphic elements to albums like artworks, lyrics, photos and videos. For a few dollars more than the usual iTunes price, the LP version of an album comes with additional content – but the big problem is, aside from desktop computers this content can’t be viewed anywhere else. Not on the iPhone, not on the iPad or Apple TV. It’s a locked format that, in spite of Steve Jobs’s promises, failed at catching on among iOS users and consumers overall. Still, is the idea of a “rich music experience” dead among music labels? Not at all.

The New York Times reports Universal and EMI have been experimenting with music albums sold as apps for the iPad at a higher price. The obvious trick is, these apps have extra content and visuals to justify the expense: once again, it’s all about photos, videos, lyrics, and so forth. Released by the EMI music group last week at $9.99, “Until One” for iPad gives you access to Swedish House Mafia’s latest album, including a photo gallery, documentaries and written accounts from the band. The whole package is touted as “highly interactive” and meant for multitouch. On top of that, the app also includes 2 full-length music videos and links to the band’s Twitter and Facebook profiles. So for 10 bucks and a 659 MB download, you get a music album with lots of videos, photos, and other stuff. Not a bad deal if you’re a fan of the band, but something most users in the App Store will likely ignore. That’s why EMI and others are looking to extend this concept to a wider catalogue of artists and albums.

The Universal Music Group has teamed up with a video company, Eagle Rock Entertainment, to create iPad versions of films about classic albums like Nirvana’s “Nevermind,” with social networking features that allow fan commentary. This month, Bjork announced that her next project, “Biophilia,” will encompass “music, apps, Internet, installations and live shows.

“This is very much a test of a really new and exciting technology platform that will push the boundaries of what you can do on a tablet,” said Cosmo Lush, the company’s vice president for digital business development.

I can’t stress enough how much I believe this is one of the paths to follow to deliver music content in this new mobile era, especially to owners of new devices like the iPad. The coffee table + music + photo gallery concept has always intrigued me as one of the most interesting ways to add real value to an audio-only product – that sense of “owning your music” that got lost somewhere during the CD-to-MP3 transition years ago. Perhaps these music labels will fail hard at reinventing the genre on the iPad because “it’s too little, too late”, but I’m still one of those waiting for Apple to show us that iTunes LP and Extras can make a lot of sense on iOS devices, and especially on the iPad.