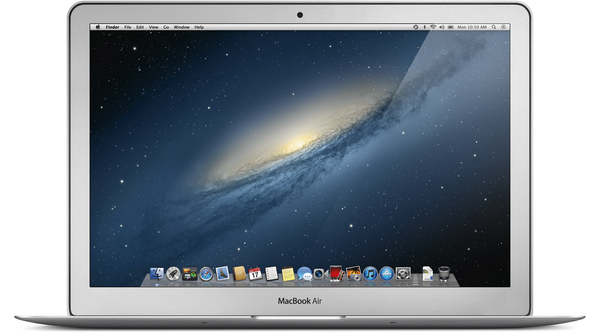 Following the announcement of OS X Mountain Lion this morning, Pocket-lint has obtained more details regarding the distribution model for the new OS, and the way it will handle software updates in the future.

According to the website, OS X Mountain Lion will be available exclusively from the Mac App Store, breaking Apple’s usual tradition of making a physical copy of a new operating system available for purchase either online or through its retail stores. Mountain Lion won’t come on a dedicated USB Thumb Drive either, as Apple feels confident the experiment with Lion last year proved customers are ready for digital-only downloads and updates through the Mac App Store.

Including installs on new Apple Macs, Apple says that it has virtually shipped more than19 million copies of the current operating system, Lion, to date, with a 30 per cent uptake from Snow Leopard users, suggesting the digital download path has been a successful one.

Apple has confirmed to Pocket-lint though that its concerns weren’t justified with customers not remotely interested in the USB drive offering:

“It was an interesting test, but it turns out the App Store was just fine for getting the new OS.

In a similar fashion, Mountain Lion will adopt a new Mac App Store-based software update system that will get rid of the Mac’s standalone Software Update panel to unify new updates inside the Mac App Store to avoid user confusion and offer a single place to update both apps and the operating system.

Explaining to Pocket-lint in a behind-closed-doors briefing for the new developer preview of Mac OS X Mountain Lion, Apple has told us that the new method will offer updates to the OS and Apple applications in a similar way to how it does on iOS via the App Store, but in this case via the Mac App Store.

It also presumably means that all Apple users will be required to set up an Apple account to access software updates in the future, as well as to encourage users to keep the Mac App Store logo on their Dock to easily see when updates appear, although that has yet to be confirmed or set in stone - It is still early days for the developer preview.

When Apple released Lion last year, confusion indeed arose as to whether the company would release software updates through the dedicated desktop utility, or via the Mac App Store, which had been used to digitally distribute the OS. As it turned out for the best part of Lion’s history to date, Apple adopted a strange “Software Update first” model that saw new versions of Lion – such as 10.7.1 or 10.7.2 – released on Software Update and Apple’s website, then a few hours (or days) later via the Mac App Store. The Mac App Store updates, however, only allowed users to download the entire Lion installer, thus forcing those who simply wanted to update the OS, and not set up a fresh installation of OS X, to use Software Update or manually download a Combo updater from Apple’s servers.

While we’ll have to wait and see how Apple’s digital-only (for real this time) policy will play out for Mountain Lion upgraders, we think the Software Update overhaul is a welcome change. The previous system was confusing, inconsistent, and this new one is inspired by iOS’ simplicity and one-click access to ease the process of updating desktop software.

You can read more about Mountain Lion in our complete overview.