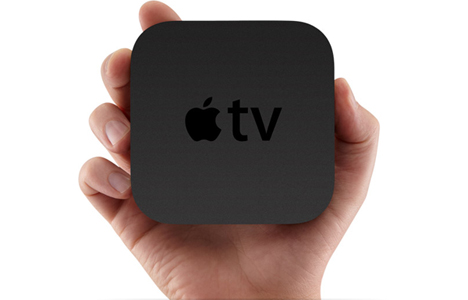 Since the Apple TV was revised last year with an iOS backend there has been ample speculation that Apple would eventually allow users to run apps and games and Engadget has today reported that some code in iOS 4.3 beta 3 further backs up that speculation. More specifically, the uncovered code references “ATVGames” and “ATVThunder” which also point to leaderboards, a controller, a way to schedule games and a storefront.

Two other strings were particularly noteworthy; “com.apple.appletv.play.live.thunder” and “.play.archive.thunder”. No one is really sure what they fully mean but as Engadget points out, the AppleTV is limited to 8GB’s of storage which is admittedly fairly minimal possibly suggesting that “archive” or “live” could mean streaming games or multiplayer. Engadget’s source also comments that  “OpenGL is mature and thoroughly implemented enough that streaming low bandwidth data and computing locally could happen”.

These discoveries certainly suggest that a service similar to that of Xbox Live could be in the works at Apple, Game Center at the moment certainly isn’t as compelling as it could be and online multiplayer could really advance the iOS devices gaming credentials and push it ahead to be a very competitive offering as Sony ramps up it’s offerings with the PSP on Android. One question that is yet to be really answered by an rumours or discoveries is how exactly an Apple TV would be controlled for games, the common suggestion is through an iPhone/iPod Touch or iPad but I guess anything is possible at this stage.