As first noted by 9to5mac, Apple is now allowing developers with access to the iOS 5 beta or OS X Lion 10.7.2 preview to migrate their existing MobileMe accounts to iCloud. A MobileMe account needs to be associated with a development device to be correctly transitioned to iCloud for now – once an account is eligible, the migration process can be initiated from OS X Lion (from the MobileMe control panel) or by directly visiting me.com/move.

As Apple previously detailed in its MobileMe to iCloud Transition Q&A, some functionalities of MobileMe won’t transfer over to iCloud. This includes MobileMe Gallery, iDisk and iWeb publishing, which, however, will still be accessible until June 30, 2012, even after moving to iCloud. Another feature that iCloud won’t include is the ability of syncing several Mac OS X items like Dashboard widgets, Preferences, and Mail Rules.

Apple’s web interface for the transition is very straightforward and guides you through the process of moving your MobileMe account to iCloud by detailing each step with an explanation, and links pointing to support articles.

Once upgraded, an already configured MobileMe account on iOS or OS X will need to manually “confirmed” before completely moving to iCloud. If the account isn’t already configured, you’ll just need to log in as a new iCloud account and choose which content you’d like to keep stored on Apple’s servers.

The process is now exclusive to developers and there’s the chance Apple will tweak the interface/steps required before the public release of iCloud. However, the information available today falls in line with what Apple revealed months ago about the transition. Furthermore, it appears MobileMe accounts will be automatically upgraded to a paid 20 GB plan for free until June 30, 2012, (with pricing depending on where you live, and the 20 GBs are in addition to the 5 GBs iCloud already gives you for free) although there are no subscription management options available yet to developers on iCloud.com. 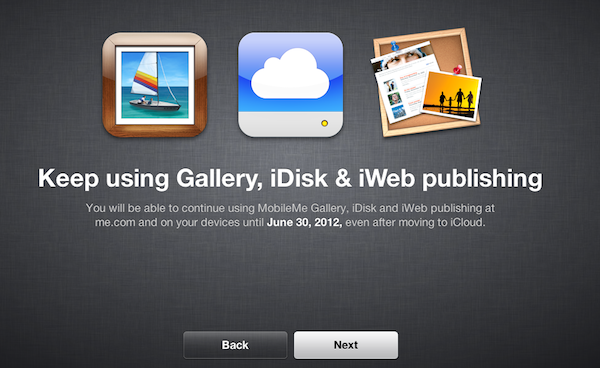 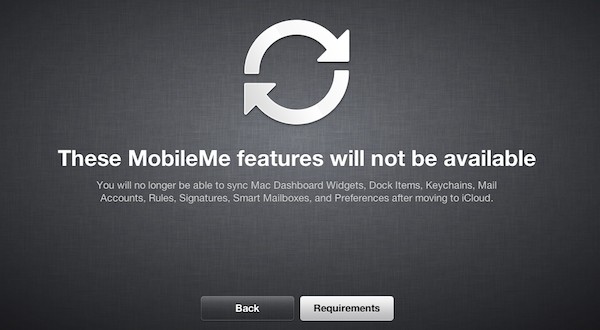 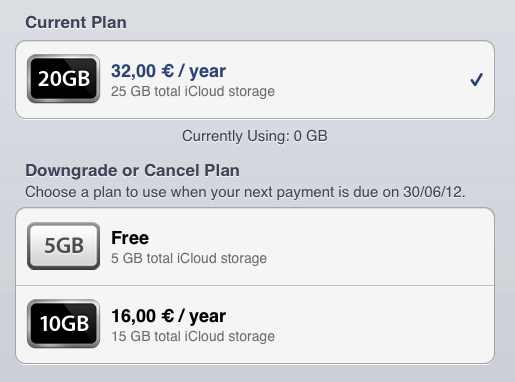 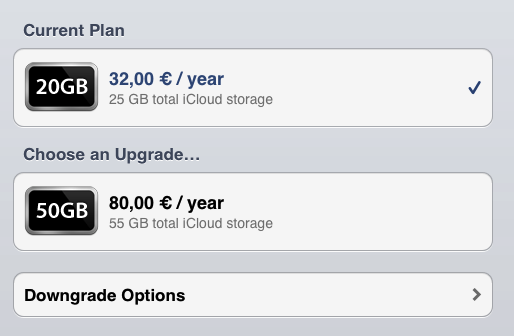