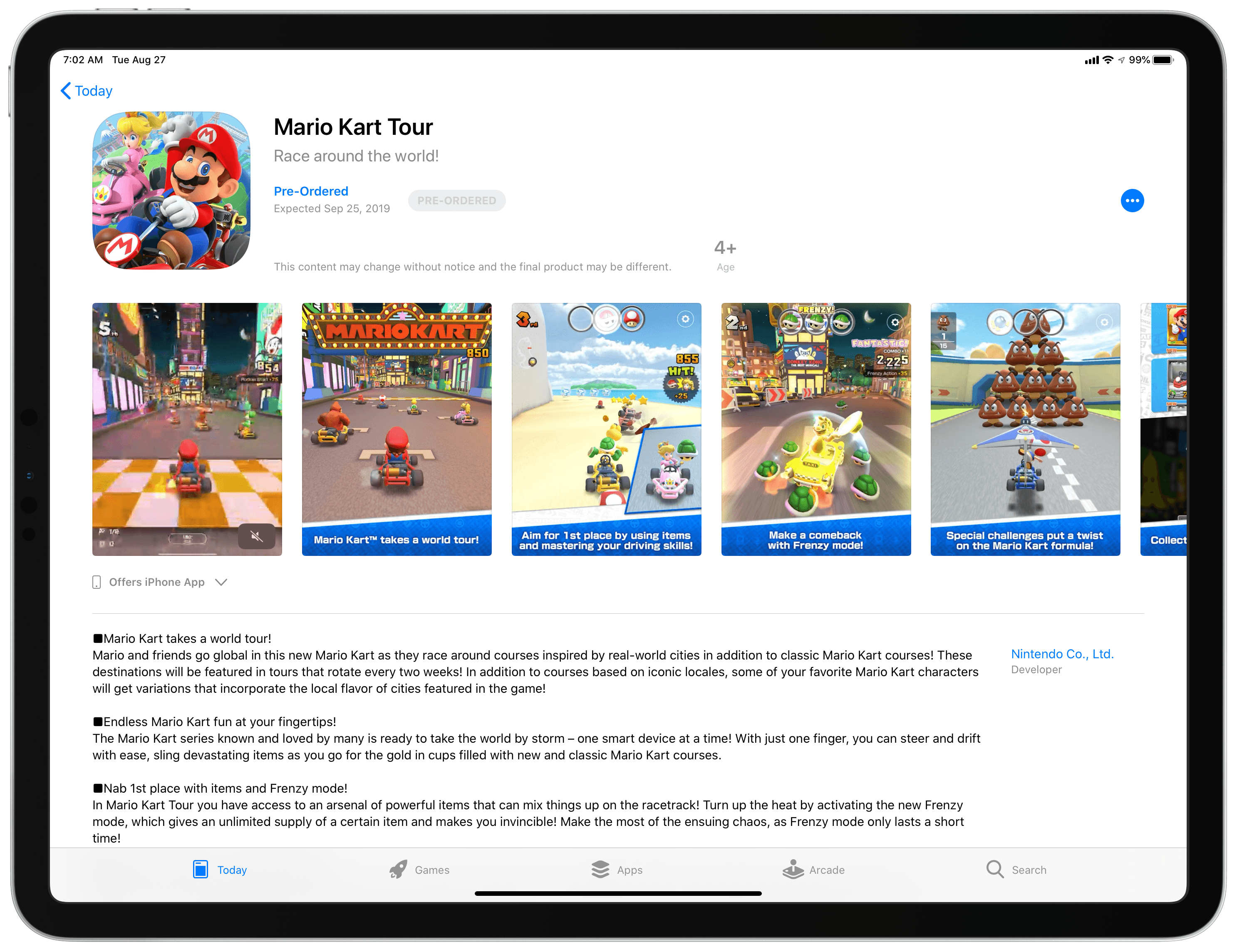 Following a pre-announcement in 2018 and a delay earlier this year, Mario Kart Tour will finally arrive on the iPhone and iPad soon. September 25 is the official release date, and you can pre-order the game on the App Store now so it will automatically download on release day.

Mario Kart Tour will be a free download upon launch, with In-App Purchases required for certain content. It’s unclear at this time which gameplay elements will be free and which will be locked behind an In-App Purchase, but more details are expected leading up to the title’s release.

The video above offers a glimpse at the game’s control scheme. Steering will take place by holding one finger on-screen and dragging it slightly to the left or right; it may just be a video, but the controls seem especially well suited for a smartphone, appearing far more natural than something like on-screen buttons might have.

In years past the debut of a popular title like Mario Kart Tour might have been something we’d see on-stage at the September Apple event. This year, however, Apple Arcade is bound to receive all the stage time dedicated to gaming, and to this point Nintendo hasn’t signed on to create any Arcade titles. If Arcade takes off, however, it will be interesting to see if that approach changes in the future.