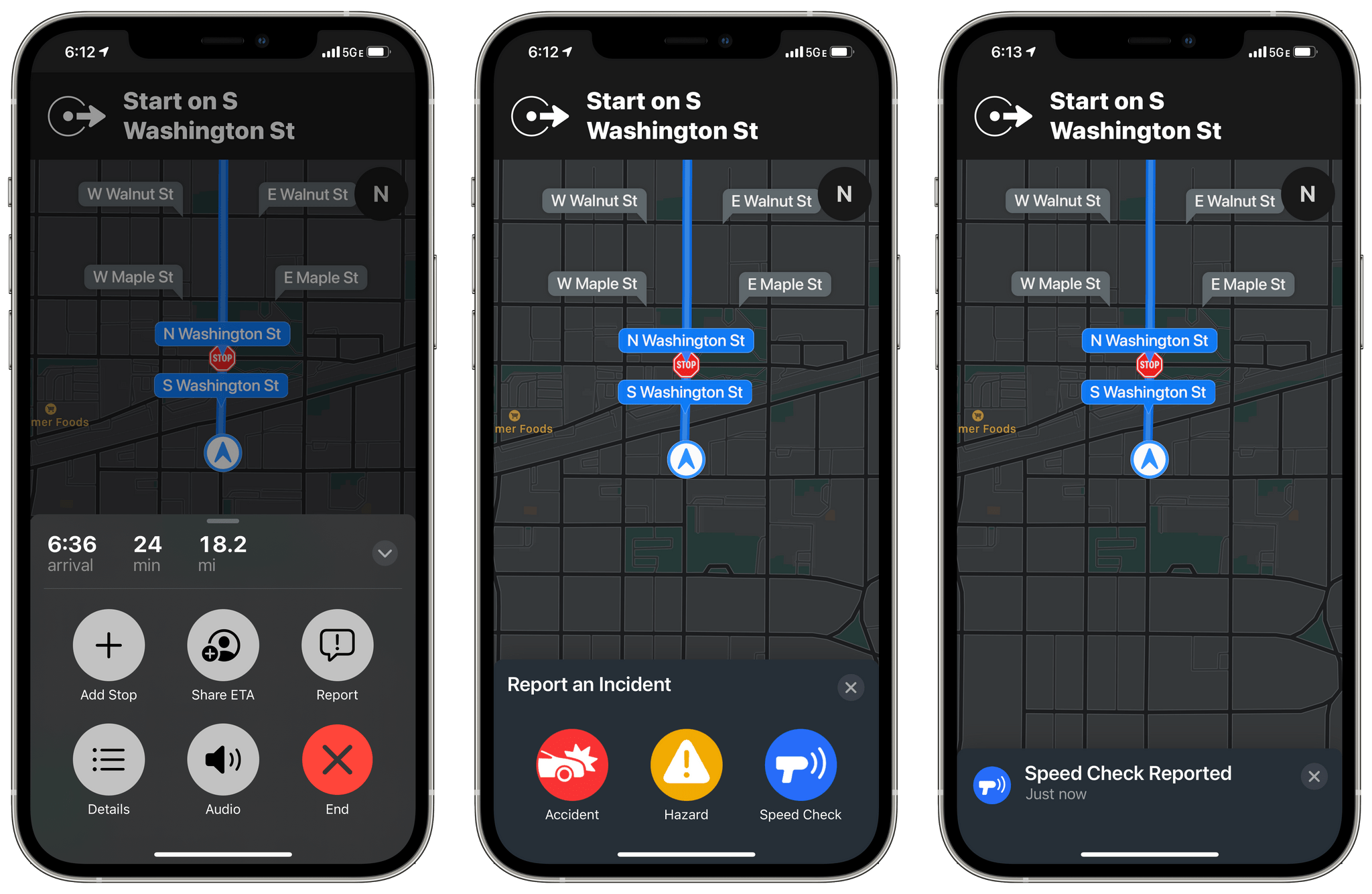 Apple has rolled out another new feature to iOS 14.5 beta testers in the US: accident, hazard, and speed check reporting in Maps.

The new feature, which appeared today, is available once you begin navigating to a destination using Maps on your iPhone or via CarPlay. After you tap the ‘Go’ button, you can tap or swipe up from the bottom of the Maps app on your iPhone or tap the new ‘Report’ button on the right side of the CarPlay UI to reveal options to report traffic accidents, road hazards, or speed checks. All three alerts can be reported and cleared using Siri too.

I did some preliminary testing of the feature using Maps with my iPhone, CarPlay, and Siri, and it worked well without any issues. My one quibble is with the placement of the Report button in CarPlay. It’s quite small and on the far side of the screen from the driver. You can use Siri to send a report instead, but I expected the Report button to be revealed when I tapped on the strip along the bottom of CarPlay’s Maps view that lists information like the estimated arrival time at your destination.

It will probably be a while before enough people are using iOS 14.5 for accident, hazard, and speed check alerts to begin popping up as I drive somewhere. However, there are enough other big features coming in 14.5, like the Face ID plus Apple Watch iPhone unlocking when you’re wearing a face mask, that I expect we’ll begin to see notifications pop up in Maps once iOS 14.5 is officially released.