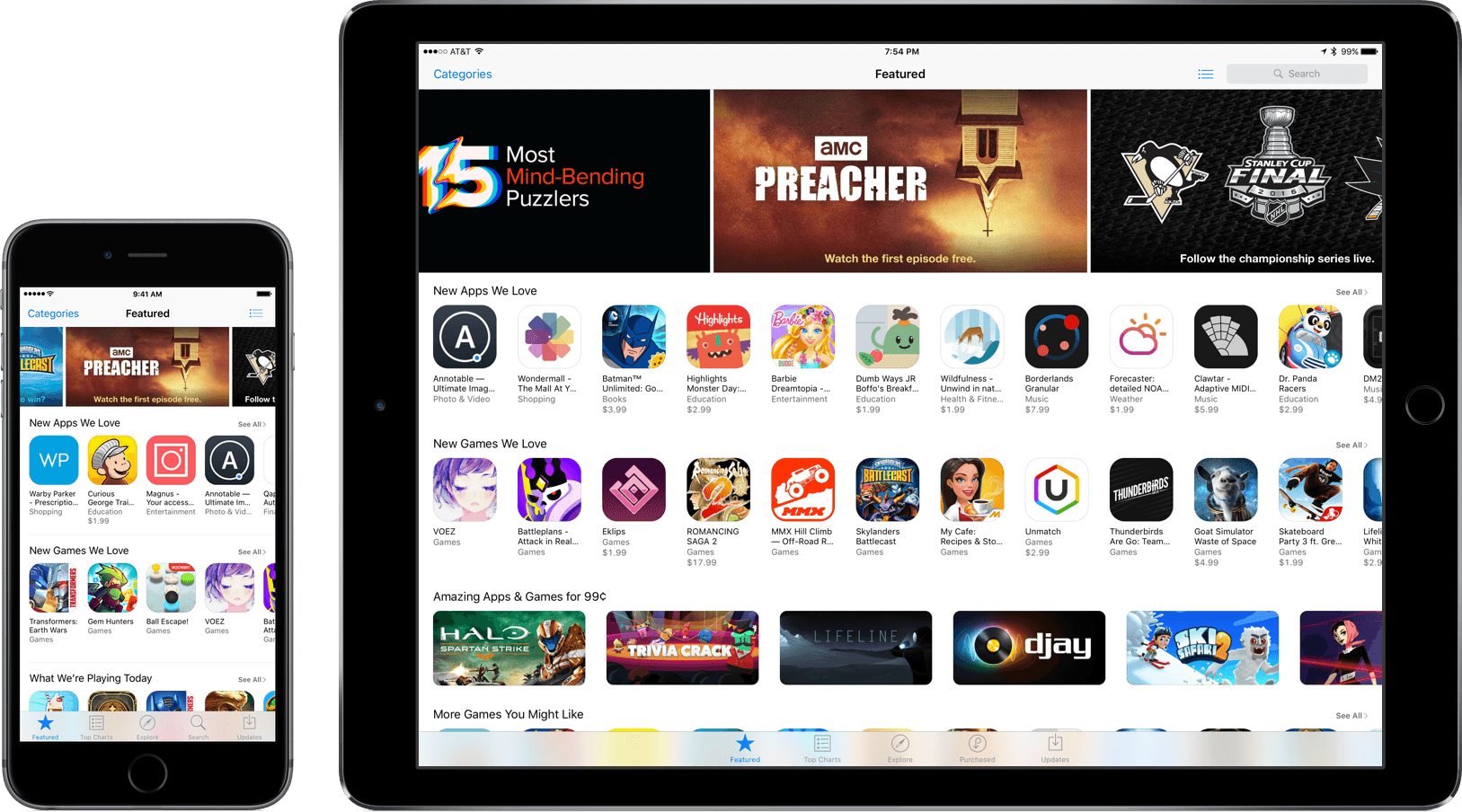 Phil Schiller, Apple’s Senior Vice President of Worldwide Marketing, sat down with The Loop and The Verge to announce sweeping changes to the App Store, including changes to App Review, business models, and app discovery.

We have already seen the effect of the changes to App Review. According to Schiller, as a result of changes to the review process, Apple is reviewing 50% of apps within 24 hours and 90% within 48 hours and reviewing over 100,000 apps per week in aggregate.

We wrote about app discovery just last week and made a laundry list of suggestions about how it could be improved. The app filtering that was first noticed on the Apple TV App Store last week will be rolled out to all the app stores so apps that are already installed on your iOS device will be hidden, ensuring that visitors to the App Store only see new apps. Apple is also adding access to the share sheet via 3D Touch so users can share apps with others from their Home screens.

In addition, as rumored by Bloomberg in April, Apple will soon begin accepting search ads from developers. At the time the possibility of search ads was raised by Bloomberg, many developers were unhappy. Schiller in his interview with The Loop, said that:

Our store is not for sale—that’s not how we handle things,” said Schiller. “We are only going to do this if we can, first and foremost, respect the user and be fair to developers, especially small developers.

Schiller elaborated that there will only be one ad per search that will be clearly marked and contain the same App Store content returned by unpaid search results. Apple also stated that it would not collect analytics about click rates or share any such data with developers. Search ads will be launched through a beta program later this summer.

As we concluded in our story on app discovery last week:

There is no silver bullet that will improve discovery overnight – it’s a problem that needs to be attacked on multiple fronts simultaneously.

That statement holds true not just for app discovery, but the whole of the App Store. There is much more that Apple can and should do to improve the App Store, but the initiatives announced today are a good start. With this sort of major change being announced shortly before WWDC, I can’t help but wonder what Apple has in store for the WWDC keynote.