LogMeIn, the powerful remote desktop sharing tool that offers a variety of other services for professionals and businesses, released a series of updates in the past week to enhance support for file management in Ignition, the iOS app we’ve reviewed here on MacStories, and bring full OS X Lion support to LogMeIn Free, Pro and Ignition desktop users. With a blog post this morning,  the company has announced a compatibility update that resolves the issues when trying to connect to a machine running Lion, rumored to be publicly released next week. I have tested the update (which can be installed by opening LogMeIn’s preferences, then About->Check for Updates) on my two Macs running OS X Lion GM and I successfully managed to log in (both via screen sharing and file manager) from my iPad, iPhone, and the web. 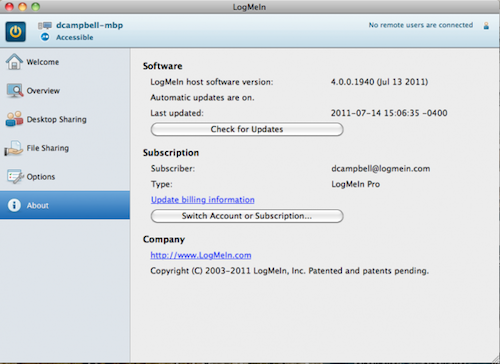 We’re excited to post that we have a new LogMeIn software update available, which officially supports Mac OS X Lion. LogMeIn Free, Pro and LogMeIn Ignition users who are upgrading their Macs to OS X Lion can also update their existing LogMeIn software for free. We’re pleased to be one of the first remote access services to work with the latest Apple operating system in order to deliver anytime, anywhere access for Lion.

Alongside Edovia’s Screens, LogMeIn is one of the first services to fully support Lion. As many of you may be aware though, LogMeIn isn’t limited at accessing a computer’s screen remotely. With the Ignition app, in fact, the developers have baked in a file manager that was already capable of moving files around between computers and devices; with the latest update released earlier this week, LogMeIn has included the possibility of attaching any file to email directly from Ignition, as well as a new save option to get email attachments onto the File Manager. Furthermore, the new Ignition also comes with a new functionality to copy photos between an iOS device and the file manager – providing a unified solution for when you left your photos at home or want to move something from the iPad’s camera roll. 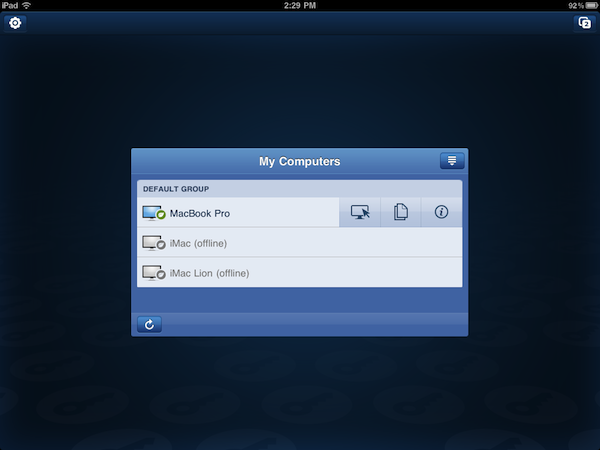 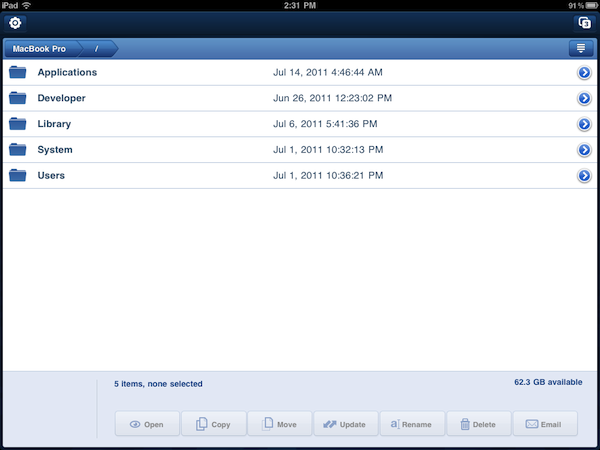 Users of LogMeIn Ignition for iOS (app is universal for iPhone and iPad) can get a free subscription that works with multiple computers without having to pay any extra fee. You can download the LogMeIn Ignition app here, and check out a demo video of the new features below.