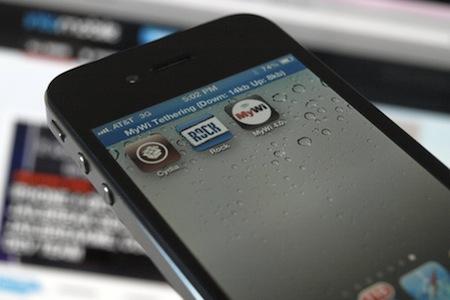 Can jailbreaking iOS devices become a real business with an actual annual profit? Apparently, yes. And even if we wouldn’t recommend basing your monthly income entirely on the process of hacking phones and installing apps Apple doesn’t approve, $50,000 a year doesn’t sound that bad.

The Washington Post published a piece yesterday profiling Kevin Lee, a George Mason University senior that has managed to earn $50,000 a year by jailbreaking and unlocking iPhones. What started as a hobby to help out friends and relatives eventually evolved into a “real business” with 30-40 clients per week asking for jailbreak, Cydia installations, graphical customizations and “unlocks” to use the iPhone on wireless carriers otherwise unsupported by Apple. The procedure of unlocking iPhones has in fact turned out to be quite lucrative for Lee, thanks to international customers buying an iPhone in the United States, and looking for a way to use the device overseas. Lee says he recently unlocked an iPhone for a member of the Mongolian embassy who was about to go back to Ulaanbaatar (Mongolia’s capital) and needed to have a device compatible with his local carrier.

But how did a student get a massive traction for a business that – let’s face it – can be easily achieved with a computer and a couple of tutorials? With a Craigslist ad, that’s how. By posting a “Get Your iPhone Jailbroken Today” ad on the popular online community, Lee got hundreds of requests from people who didn’t have the knowledge, or simply didn’t have time to mess with redsn0w, Geohot’s tools, or Cydia itself.

Personally, I wouldn’t run a business that’s clearly going against Apple’s rules (even though the Library of Congress ruled last year jailbreaking a phone in the US is legal) and requires my friends to pay actual money for something that can be done for free in 2 minutes. Curiously enough The Washington Post reports the Craigslist ad has been taken offline since the original article. [via iPhoneDownloadBlog]