This is the Books category in the iPhone App Store, and these are the top paid apps in that category. Notice something weird? There’s a developer who has 40 apps (!) in that chart, and all of them are badly coded Vietnamese comics (manga) apps based on stolen intellectual property (Conan, Dragon Ball).

How is this even possible? 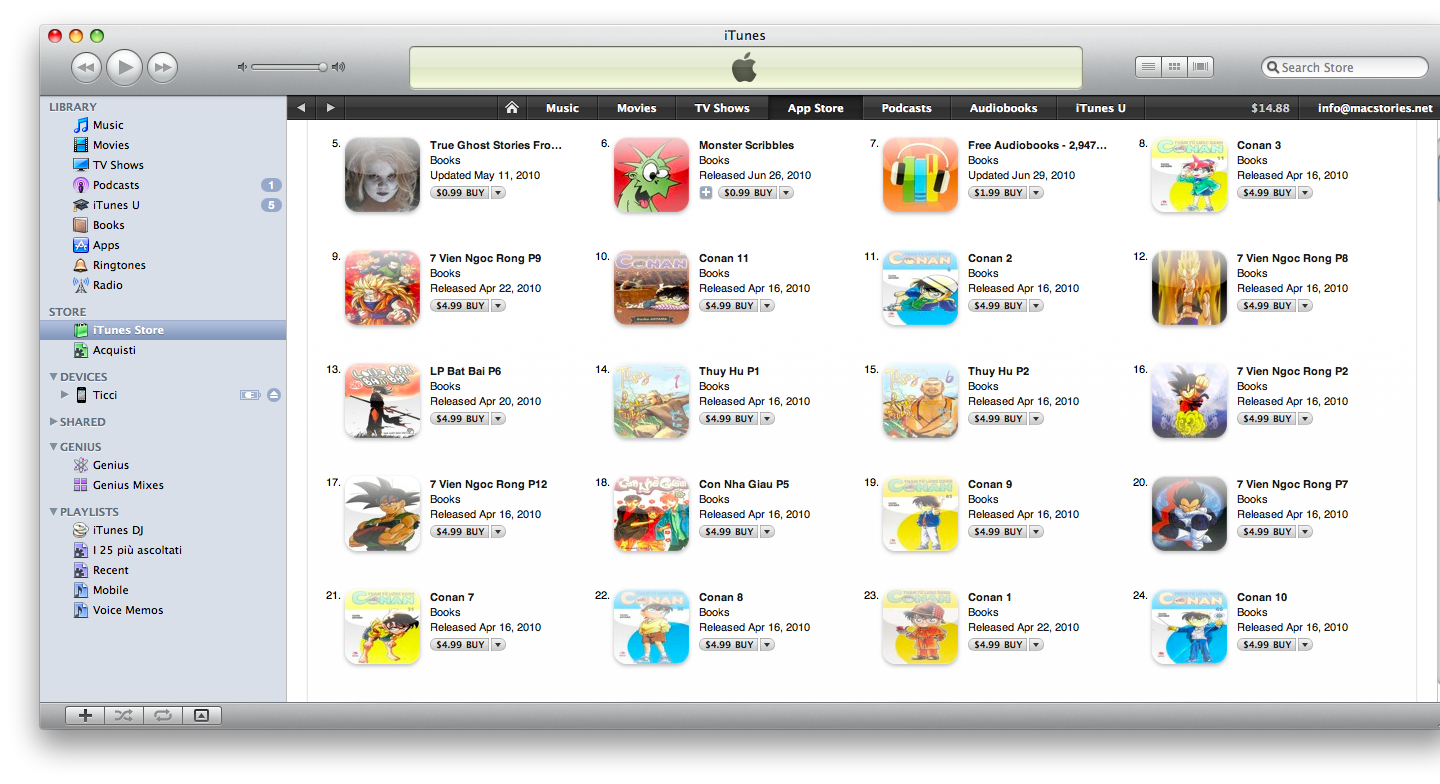 Many users are reporting that their iTunes accounts got hacked, and they found themselves new owners of these applications. Take a look at a screenshot from The Next Web: 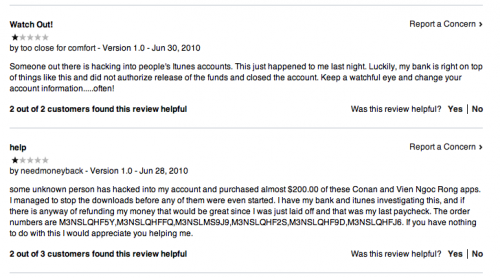 Another iPhone developer, the one that first found out about this Vietnamese dev, reports:

“The developer itself doesn’t seem to be legit – both the company site and support page are missing, no reference of them could be found on Google.

It’s statistically impossible that out of 41 book apps of a developer (he also has one game in his 42 apps portfolio), all of them are in top 50 paid books US, having been published on the same days (most of them on April 16, others on April 20 and the rest on April 22).

The Conan 3 book does have other *extremely* positive reviews written in poor english; none of the other 41 books has any reviews; had the positive ones been legit, other apps should have some kind of reviews as well. But they don’t, so it might be that Conan 3 positive reviews were written by their developer(or his partners), in an attempt of diverting attention from the real issue.”

It really looks like this guy somehow managed to obtain account information from some users, release 42 apps and buy them using those accounts - thus making it to the top of the charts. We’ll keep you posted about this, but in the meantime I suggest you change your iTunes password and check on your bank / Paypal account activity.

UPDATE #1: It looks like changing your password might not be enough. It’s highly recommended to change your payment method to “None”, at least as a temporary solution until Apple acknowledges the problem and finds a solution.

UPDATE #2: From a thread on MacRumors forums:

“I also received a receipt via email on my “Purchases” on 7/2/10. I made the mistake of storing my debit card on the itunes store app. I have run into the exact same responses that other users are reporting–only email as a method of contact.

That response was to tell me how to change passwords, etc. - stock answers and to also tell me of no refunds. I was an internet technician for years so the iTunes advise was second nature for me but with little hope for “fixing” the issue since I believe that the breach was on the iTunes server.

Thankfully, I carry a smartphone with my email setup on it, so I received the invoice quickly. Most of the 15 purchases where for items that I don’t even own i.e. iphone (I have a blackberry) and ipod (I’m 47 and I still use a radio for my music). I was able to verify the $70.15 charge via mobile banking and immediately called my bank. The transaction was in the processing stage and I think my bank was able to refuse it–I’ll see after the holiday weekend. With my card canceled, the additional $20+ charge was unable to be authorized. “

“Yesterday my credit union contacted me saying there was suspicious activity on my debit card. Sure enough over 10 transactions in the $40-$50 area all on iTunes equaling to $558. This is definitely a problem, since then I’ve e-mailed MSNBC hoping they’ll pick up the story and investigate this problem.” 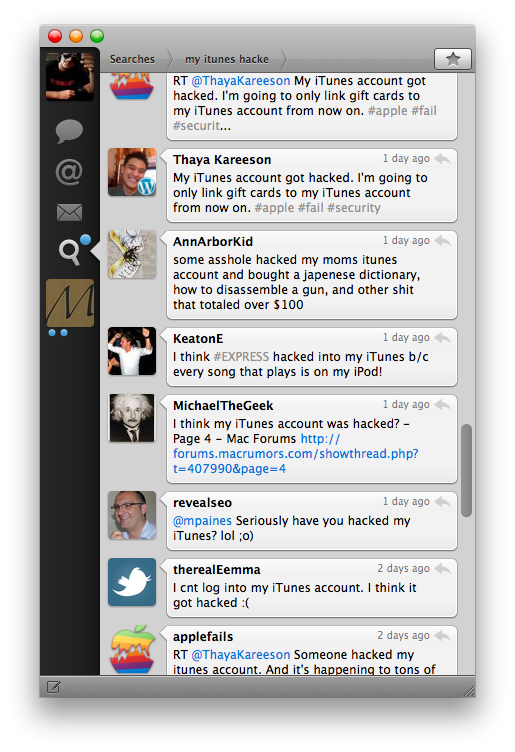 Six iTunes receipts came at the same time the day he did it. I noticed all the apps were the same developer.”

UPDATE #4: The issue is not US-only anymore. The Next Web reader Jamie Vickery (from the UK) reports:

“I’ve just noticed my iTunes account has been hacked in the past week. Someone has downloaded 8 apps and two songs totalling £61.70. The most expensive being an app called All Match by CharismaIST for £54.99! The other apps seem to be based on photographer like Camera One, Night Shot, Camera Flash Ultra. Surely Apple won’t pay out to these developers. I have changed my password and put in an email complaint to iTunes so we’ll see how it goes.” 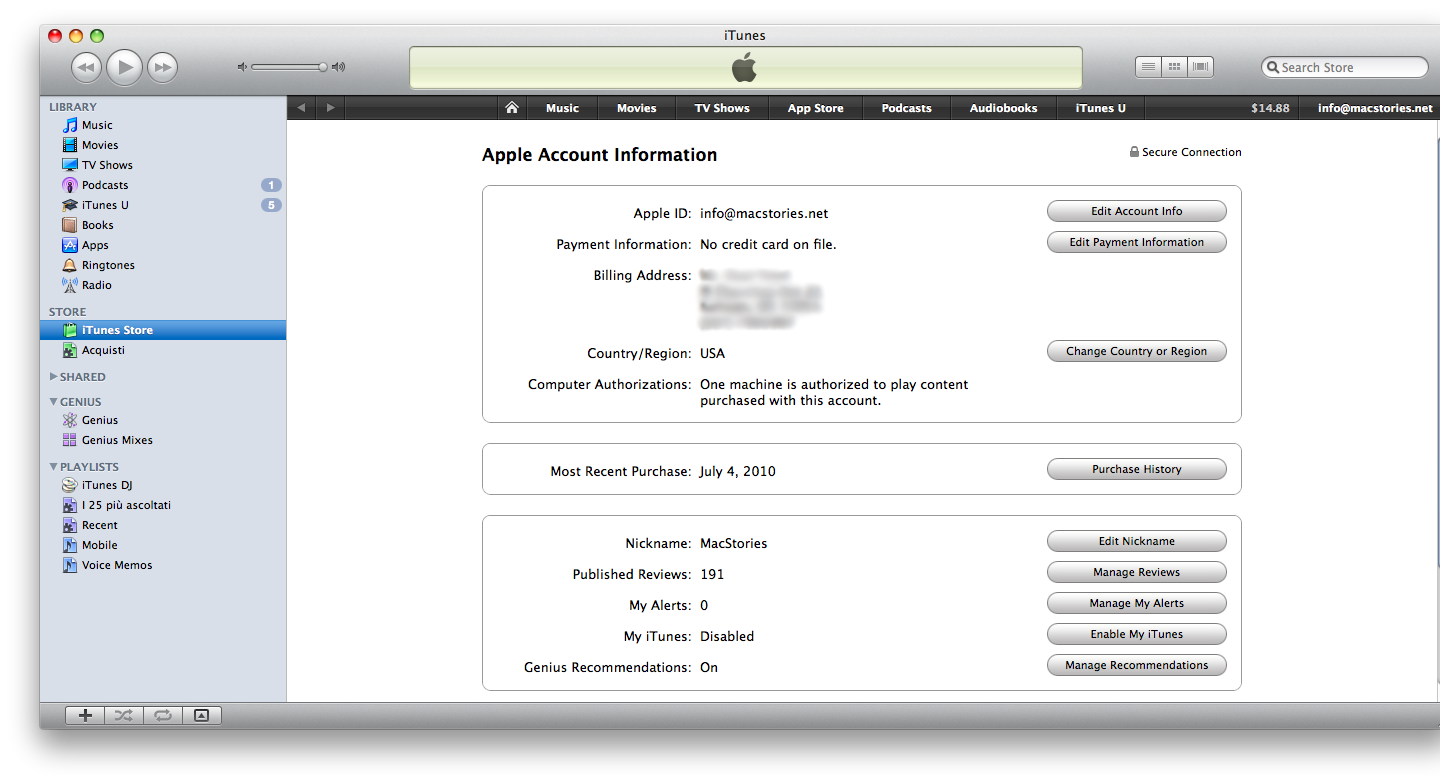 UPDATE #6: As you can see, Apple has removed the apps from the developer. I think we’ll be hearing about refunds soon, too.