Apple is looking for a better way to separate “regular” apps from games in the App Store. In fact, in a matter of a few months we might be looking at a brand new version of the App Store specifically meant for iOS games - a Game Store.

The process started in 2009, when Apple started creating custom section to feature specific applications like productivity apps, social networking apps, music apps. In the past months Apple created dozens of sections, and usually launched a new one every 10 days or so. Many of these sections have been about games: Retro games, Hardcore, Huddle games for iPad. They’ve also been the most popular ones and, indeed, they are still online.

The real issue Apple is facing in the App Store is that users are starting to feel overwhelmed by games: if you look at the App Store homepage (both for iPhone and iPad), it’s full of games. In the featured section, in the paid / free / grossing charts, in the new & noteworthy box:  productivity apps don’t jump to the first place in the charts anymore, and when they do they don’t stay there for more than two days. Especially on the iPhone. Admittedly, games represent the biggest part of the App Store and a decent source of revenue for Apple. The Angry Birds phenomenon comes to mind.

The introduction of Game Center in iOS 4 gave developers the possibility to expand games beyond local multiplayer and 3rd party infrastructures (namely OpenFeint). Already available on the iPhone and soon on the iPad (in November, when iOS 4.2 will officially come out), guess what - games that support Game Center got a special badge in the App Store. It makes it easier for users to recognize whether they can enjoy that game with their friends or not. Soon after that, Apple featured a massive sale of many popular games.

Last, just a few days ago Apple started featuring the “Game of the Week” in the App Store homepage, both for iPhone and iPad. Previously there was only an “App of the Week” section. Also, AppAdvice noted that a “What’s Hot” section from the iOS App Store app suddenly disappeared.

From what we’re hearing, the main problem is that Apple doesn’t want to entirely separate the “App Store for apps” from the “App Store for Games”: clearly the popularity of iOS games helps developers of other kinds of software gain visibility as well. Apple knows that and doesn’t want to create a brand new App Store - rather a better branded, more focused and organized huge “sub-category” for iOS Games. Still accessible from iTunes, but with less intrusive games and banners in the App Store homepage.

A personal speculation: if this will turn out to be true, if Apple will actually ship a “Game Store” with a full-featured interface to make it easy for people to download and browse games - what’s going to stop them from finally implementing a “demo” feature? Or a revamped Game Center accessible from a web browser and not just from the iOS app?

With games, Apple has a huge deal on its hands. 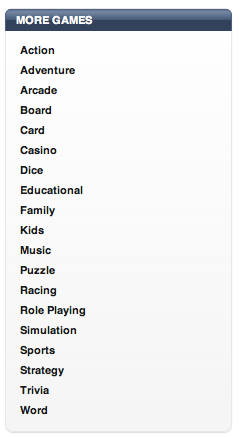 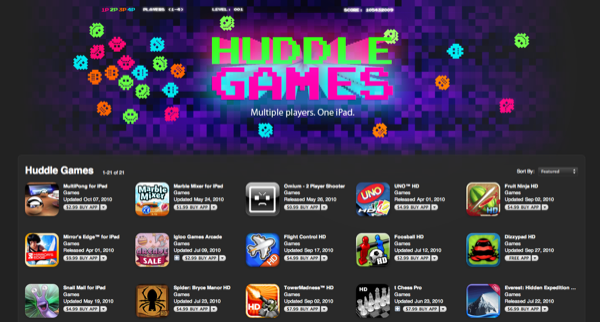