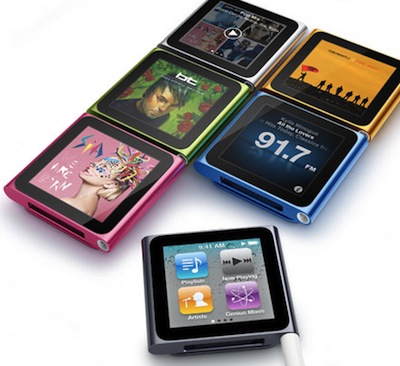 Earlier today Apple issued a software update for the iPod Nano 6th generation, which brings a useful feature to the device: you can now control music and radio playback using the Sleep / Wake button without looking at the screen.

With iPod software update version 1.1 for iPod nano (6th generation), you will be able to:

Completely turn off the iPod, rather than just put the device to sleep.

Control music or radio playback using the Sleep/Wake button without having to look at the device.

Another notes provided by Apple on the iPod Nano 1.1 update: