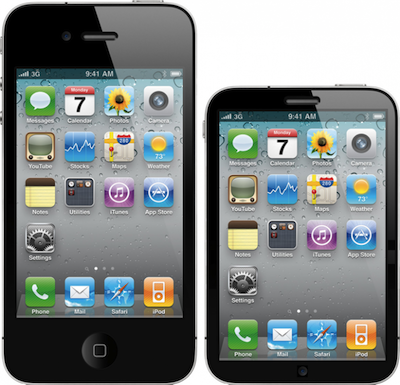 A number of reports last week from Bloomberg, TechCrunch and the Wall Street Journal suggested Apple has been working on a smaller and cheaper model of the iPhone 4, which is set for a summer release and will be available alongside the current line of iPhones. The WSJ also reported that, according to their sources, MobileMe will go under a major overhaul this summer to introduce streaming for music stored in iTunes in the cloud. The new MobileMe will be free, and Apple was planning a launch last year.

Today, Cult of Mac reports an anonymous sources told them the smaller iPhone is real, and will likely lack any kind of internal storage for media, documents and apps. In order to feature a smaller form factor, thinner design and be available at an affordable price, Apple is removing memory altogether, building a system that will let users stream music, movies, documents and broadcast photos and videos to MobileMe instantly. Does this rumor remind you of MediaStream in any way?

By “some” of the memory, we mean ALL of the memory. The iPhone nano will have no memory for onboard storage of media, our source says. It will have only enough memory to buffer media streamed from the cloud.

The device will also have to stream a bunch of other data in real-time — from email attachments to documents and spreadsheets in users’ Home folders. Such a system must have some local storage, or could each and every piece of data be streamed to the iPhone’s RAM, and quickly swapped in and out depending on the task at hand? And what happens when the iPhone is inevitably offline?

The perspective of a cloud-based iOS is intriguing. However, we wonder how such an OS would still operate in conjunction with the App Store, which requires local storage for apps. Plus, it seems pretty much obvious that Apple won’t release an iPhone lacking the connection to the App Store ecosystem. Our guess is, if the rumors are true, the iPhone nano will have some kind of internal storage, perhaps less than the current iPhones and iPod touches, to allow the installation of apps, video recording in HD and photos. After all, not everyone has an always available internet connection, and such an iPhone would be basically useless in that configuration.