Apple has received an award for the iPad in the UK’s T3 Gadget Awards. Not just any award, but the ‘Gadget of the Year’ award. 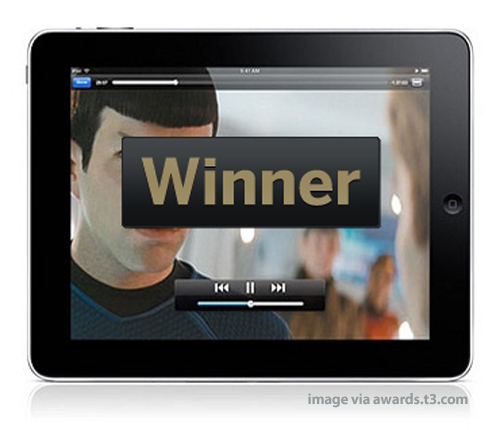 The unequivocal must-have gadget of 2010. The product that has risen head and shoulders above any other since the last T3 Awards. The winner will have added impact, value and innovation to the consumer tech market. Possessing the T3 Gadget of the Year 2010 award defines its owner as a cutting-edge ambassador of tech.