In their August 2010 ad impressions report, Millennial Media report that iOS devices accounted for 48% of total advertisement impression in the month of August.This is a great figure on its own but compared to 26% for Android, it seems amazing. 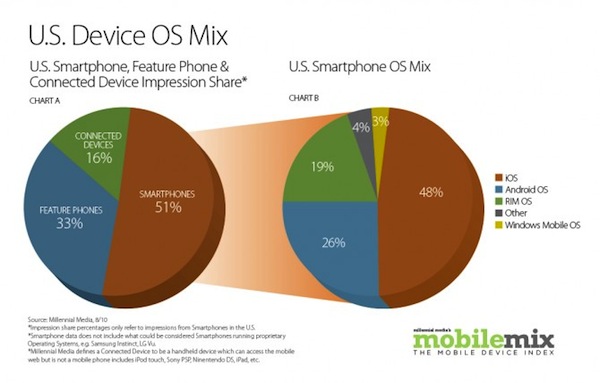 Even in the just phones section (which excludes the iPad and iPod touch) Apple is still miles ahead achieving 28.32% of impressions, with Samsung on 15.46% and Motorola on 14.32%.

If you look at just smartphones, Apple still leads by miles with 27.67% of ad impressions, with the nearest rival, the Motorola Droid, having a pathetic 9.44%. 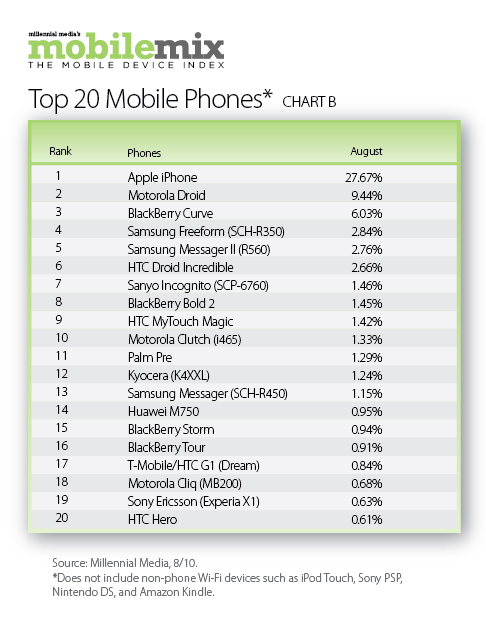