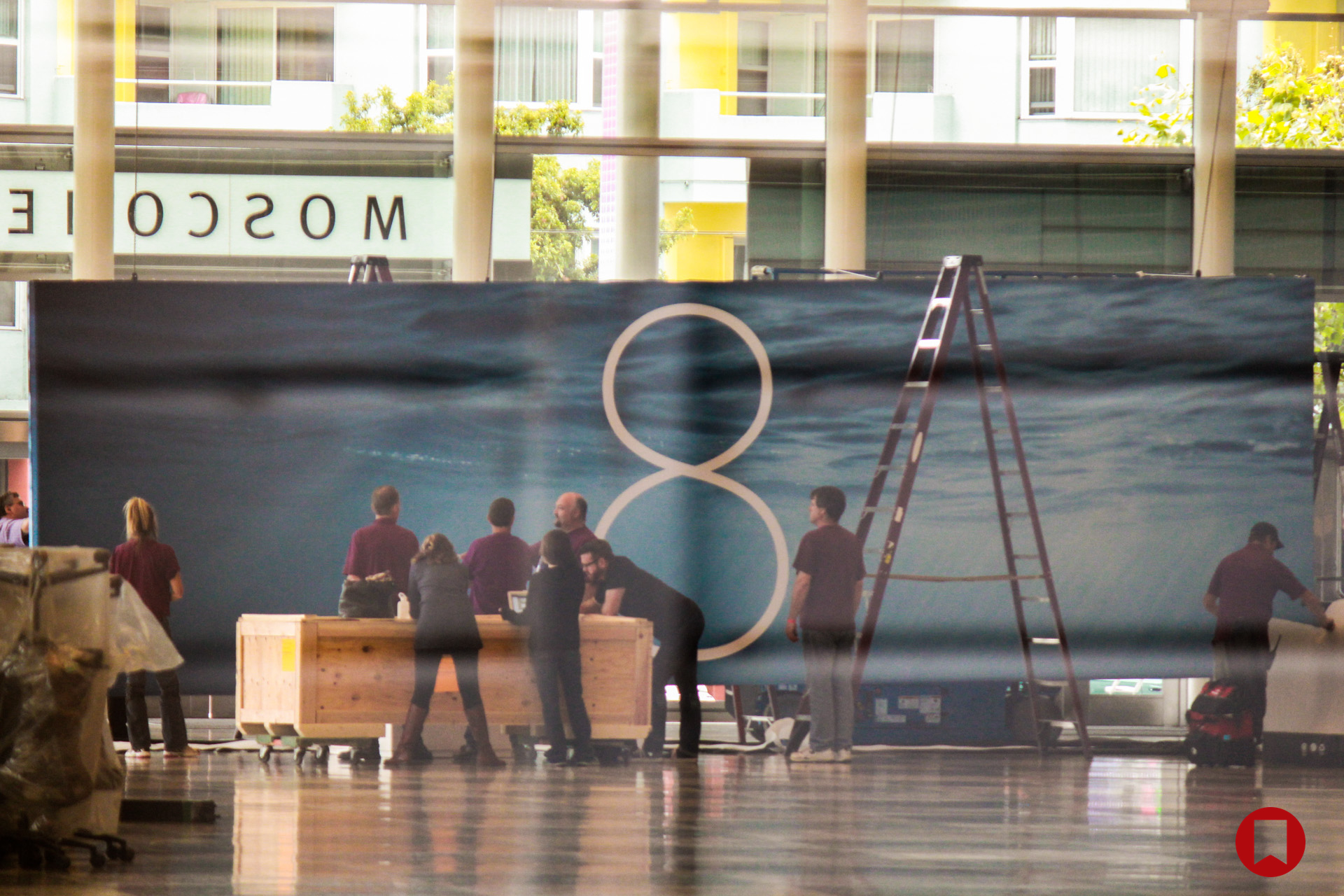 It’s been four days since Apple began decorating Moscone West with WWDC 2014 banners, and today the company has started hanging new signage hinting at the next major version of iOS, iOS 8.

Last year, Apple displayed banners suggesting a different look for iOS with a colorful and thin “7” logo on a minimalistic background. This year, Apple has taken a different approach with a water background (reminiscent of the iOS 6 banner in 2012) and a white “8” logo.

In a press release published in April, Apple said that WWDC 2014 would give developers from around the world a chance to “learn about the future of iOS and OS X”. Apple is expected to unveil iOS 8 and the next version of OS X during the WWDC keynote; OS X is expected to receive a complete redesign with a significant overhaul of the Aqua interface, while iOS 8 is rumored to be an iterative update focused on refinements and new featured based on last year’s bold new look.

Update: The banner for OS X went up as well. 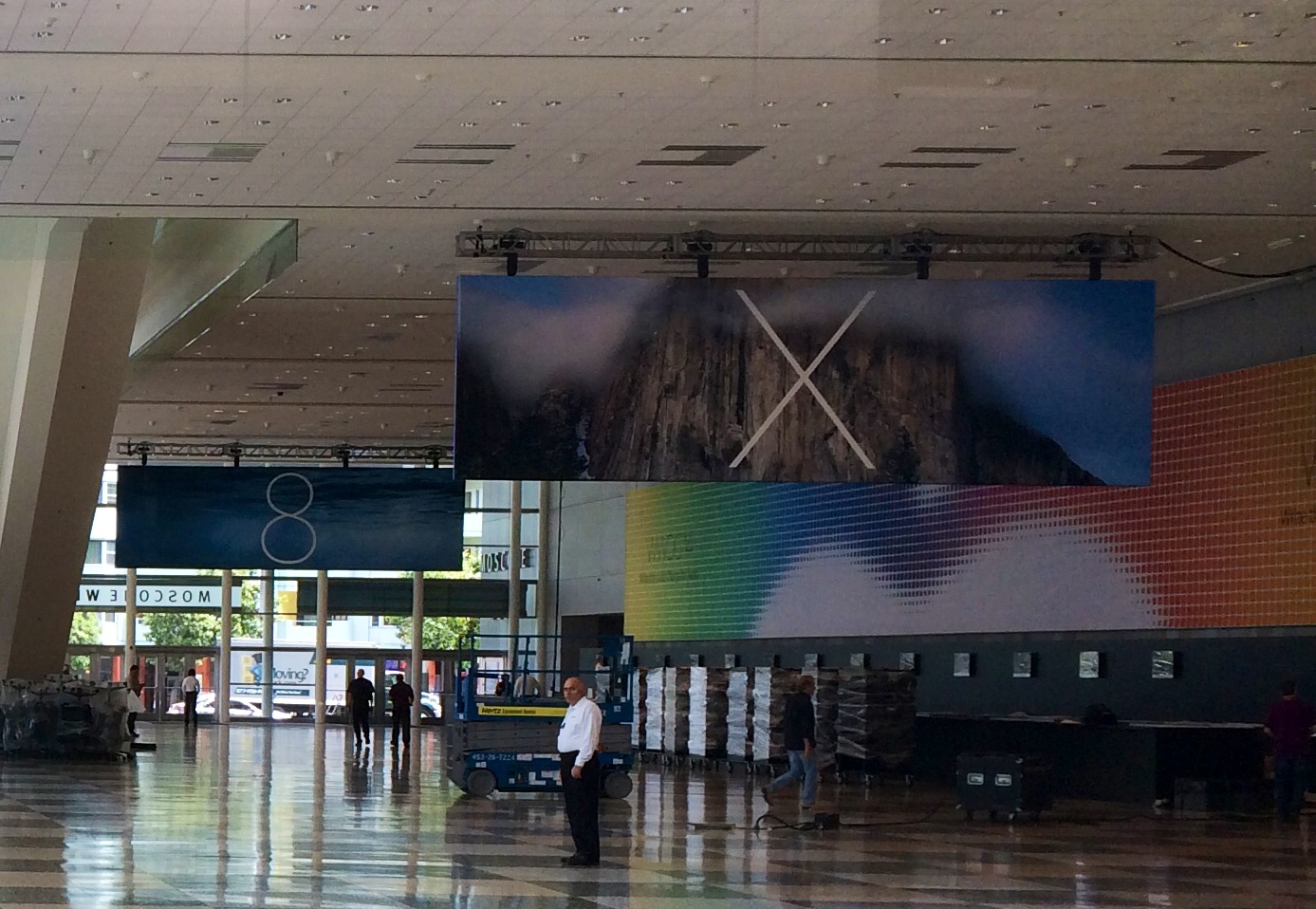 Our thanks goes to Steve Streza and Alex Novosad for providing the photos and helping us with coverage from San Francisco.