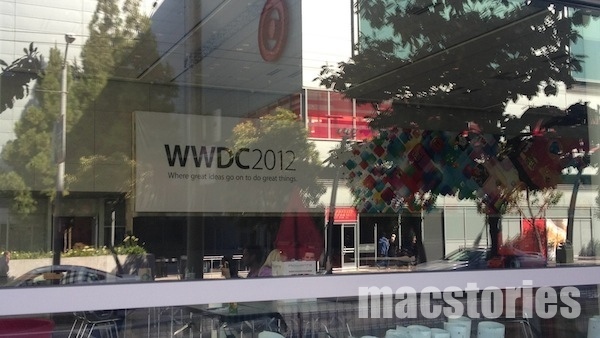 A few days earlier than expected, Apple has started decorating the Moscone West in San Francisco for its upcoming WWDC 2012, which kicks off on Monday, June 11. Last year, with WWDC 2011 set for June 6, Apple started decorating Moscone on June 2, famously showing the previously unseen iCloud logo ahead of the event.

Like last year, our friend @SteveStreza has managed to capture a series of photos of the work in progress at Moscone West. Right now, it appears only a large banner has been put in place, highlighting the focus on third-party apps with a “Where great ideas go on to do great things” tagline. The first banner, using the same colorful background seen on the official WWDC website, shows icons for various third-party apps and games including Tweetbot, Foursquare, Path, Hulu+, Instagram, SpellTower, Twitter, TED, Evernote, Facebook, CNN, and StockTouch.

We have received the first photos of Moscone West, and included them after the break.We will update this post with more photos as we receive them throughout the day.

Happy Friday kiddos! And TGIF! Apple’s busting out the iOS 6 gear, so @SteveStreza jumped in to help us snap a few pics. We’ve posted some of these iOS 6 pics over here, but we’ll keep the thread current for posterity. It’s always nice to have a proper timeline when we look back! So… here it goes! As of the afternoon of June 8th: 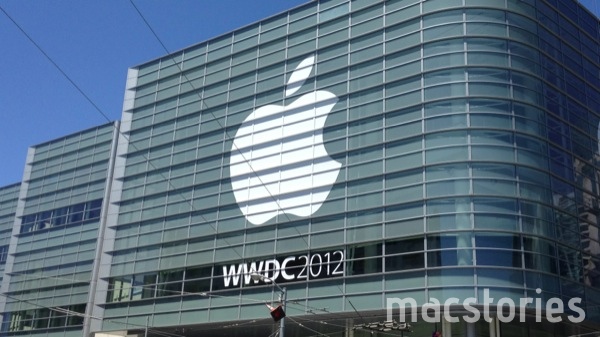 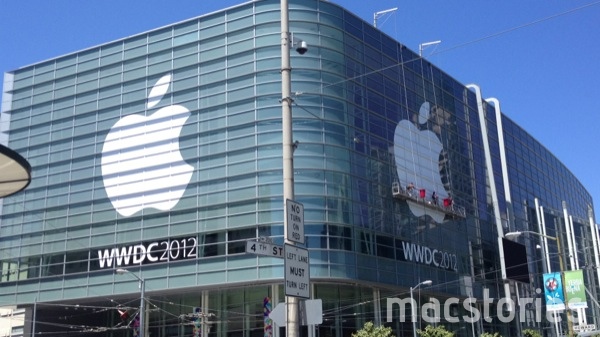 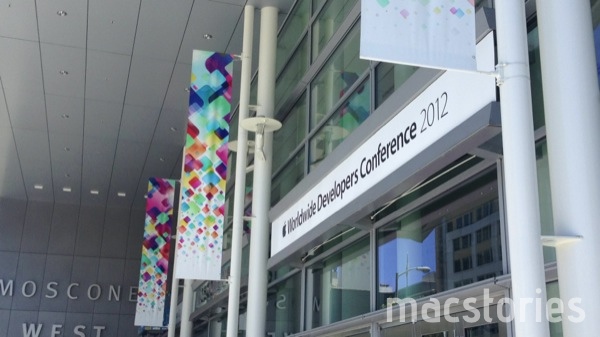 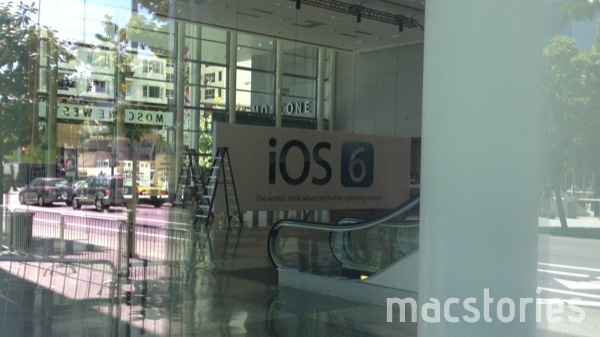 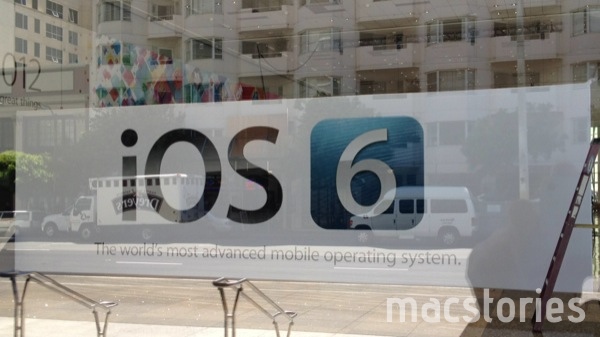 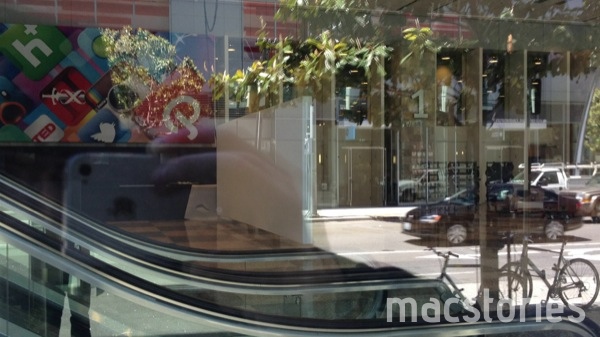 Wednesday evening leaves us with an almost completed Apple, and a check-in on what’s happening inside: 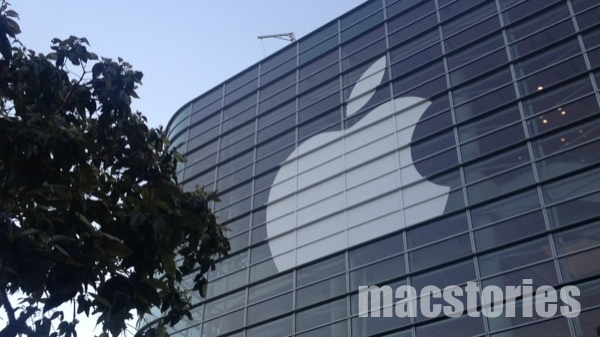 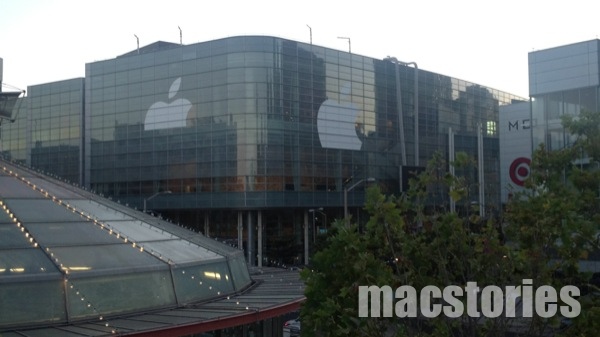 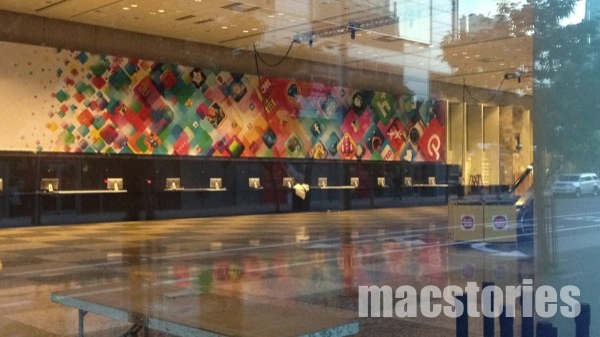 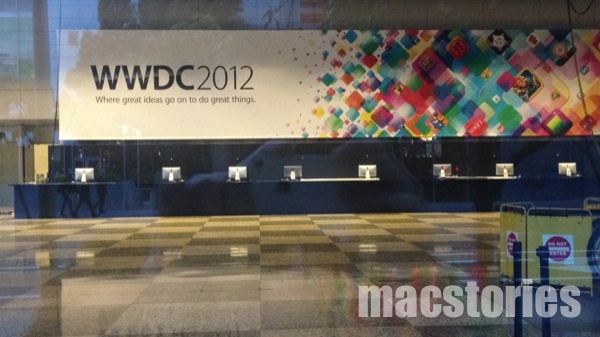 As of Wednesday afternoon, the Apple logo is still being assembled: 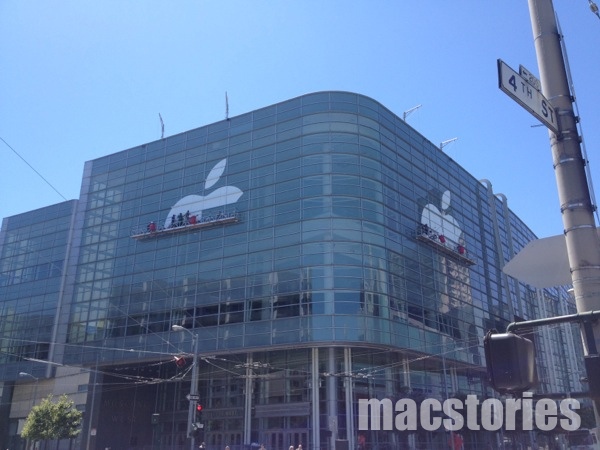 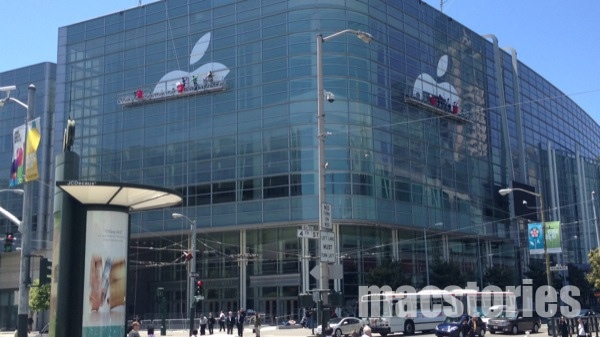 The Apple logo is going up this morning! Wednesday the 6th:

Once the sun began to set, the window glare was dramatically reduced: 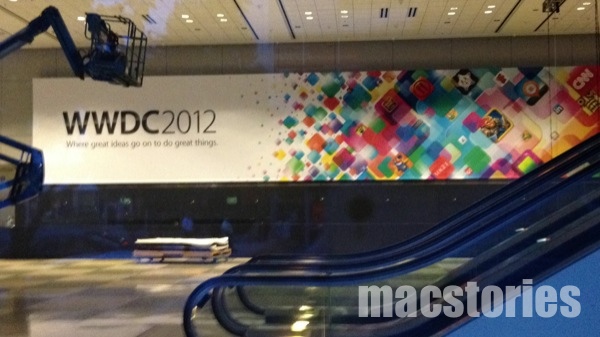 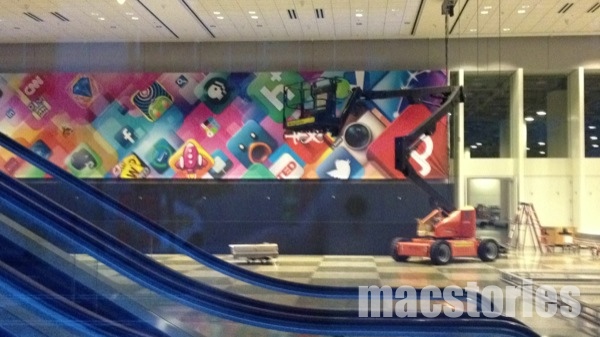 A second set of images from the evening of the 5th: 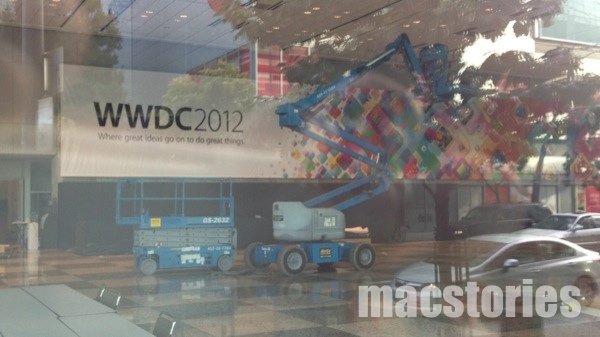 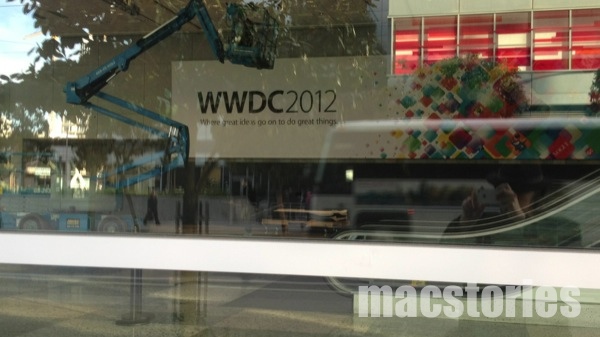 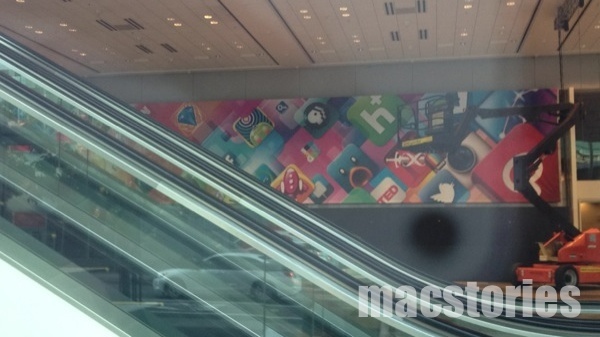 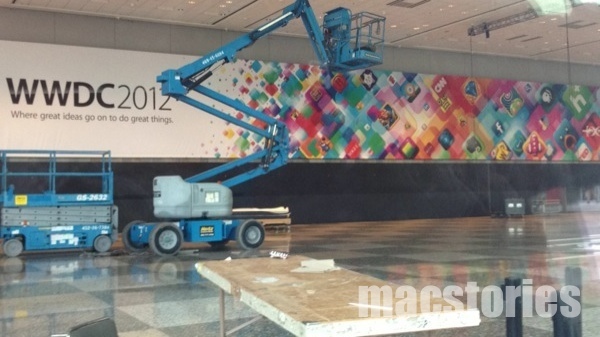 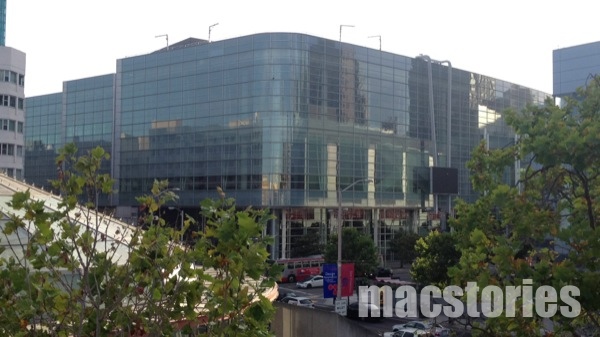 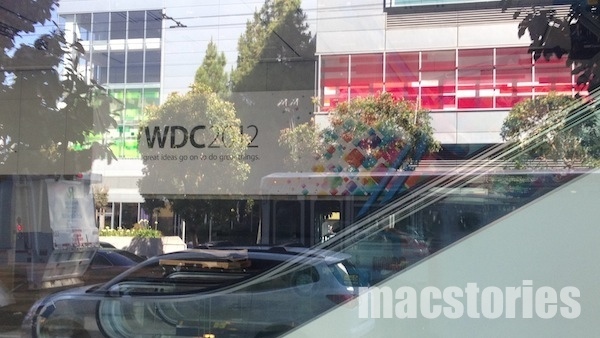 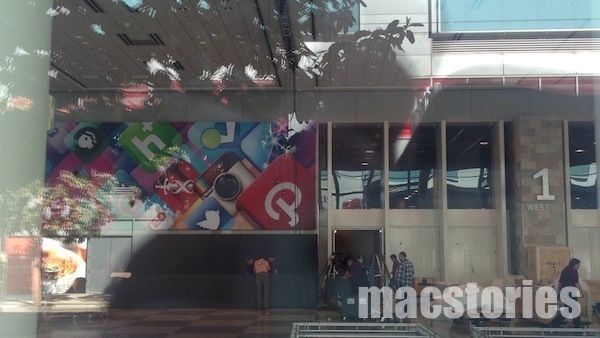 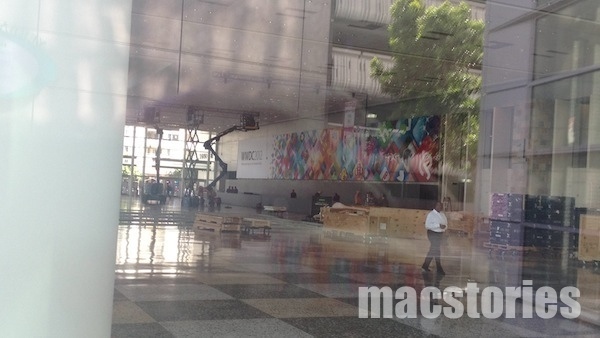 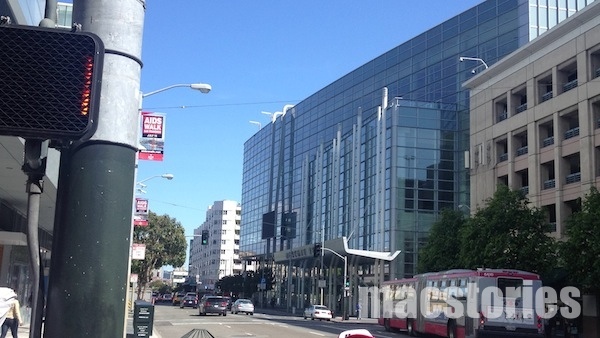