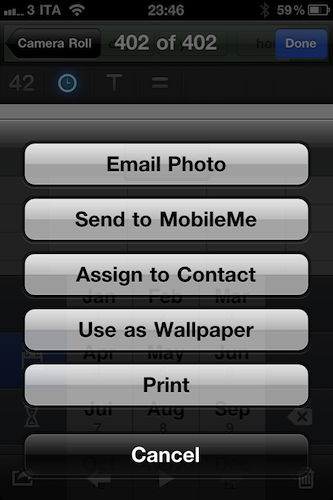 Following today’s news on iOS 5, Lion and iCloud announcements at the WWDC keynote on June 6, TechCrunch reports Twitter’s upcoming photo service, reported by various blogs yesterday and rumored to offer a similar service to Twitpic, yfrog and others, will be directly integrated into iOS 5. The new sharing option will reportedly allow users to instantly send a photo to Twitter like they can already do with videos and YouTube. Provided they have logged into Twitter from the Settings or a specific web view, iOS 5 will sport a new sharing menu to beam photos directly to Twitter, without using a third-party client.

We’ve heard from multiple sources that Twitter is likely to have a big-time partner for such a service: Apple. Specifically, we’re hearing that Apple’s new iOS 5 will come with an option to share images to Twitter baked into the OS. This would be similar to the way you can currently share videos on YouTube with one click in iOS. Obviously, a user would have to enable this feature by logging in with their Twitter credentials in iOS. There would then be a “Send to Twitter” option for pictures stored on your device.

Internal builds of iOS 4 from last year confirmed Apple was testing Facebook integration, but Twitter was never spotted in the hidden settings and code strings, at least not in the way TechCrunch claims iPhone and iPad owners will be able to share media from the Camera Roll. It’s likely that iOS 5 will bring the Facebook option back, integrate Twitter and perhaps even Flickr, but it’s too early to tell. Code strings found in the iOS 4.3 suggested Apple was working on two new features called MediaStream and Photo Stream, which, according to several reports, were targeted at letting users instantly share photos and videos with their friends using Apple’s new cloud system, now officially known as iCloud. Currently, Twitter has native apps for the Mac, iPhone and iPad available for free on the App Store.

A screenshot of an iOS 4 build featuring a Facebook preference panel in the Settings.app: 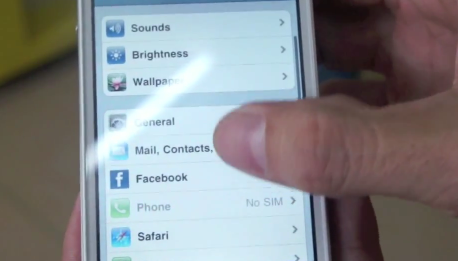 So close to the bigger story, but yet so far. Imagine what else the system could provide if your Twitter account was a system-level service.