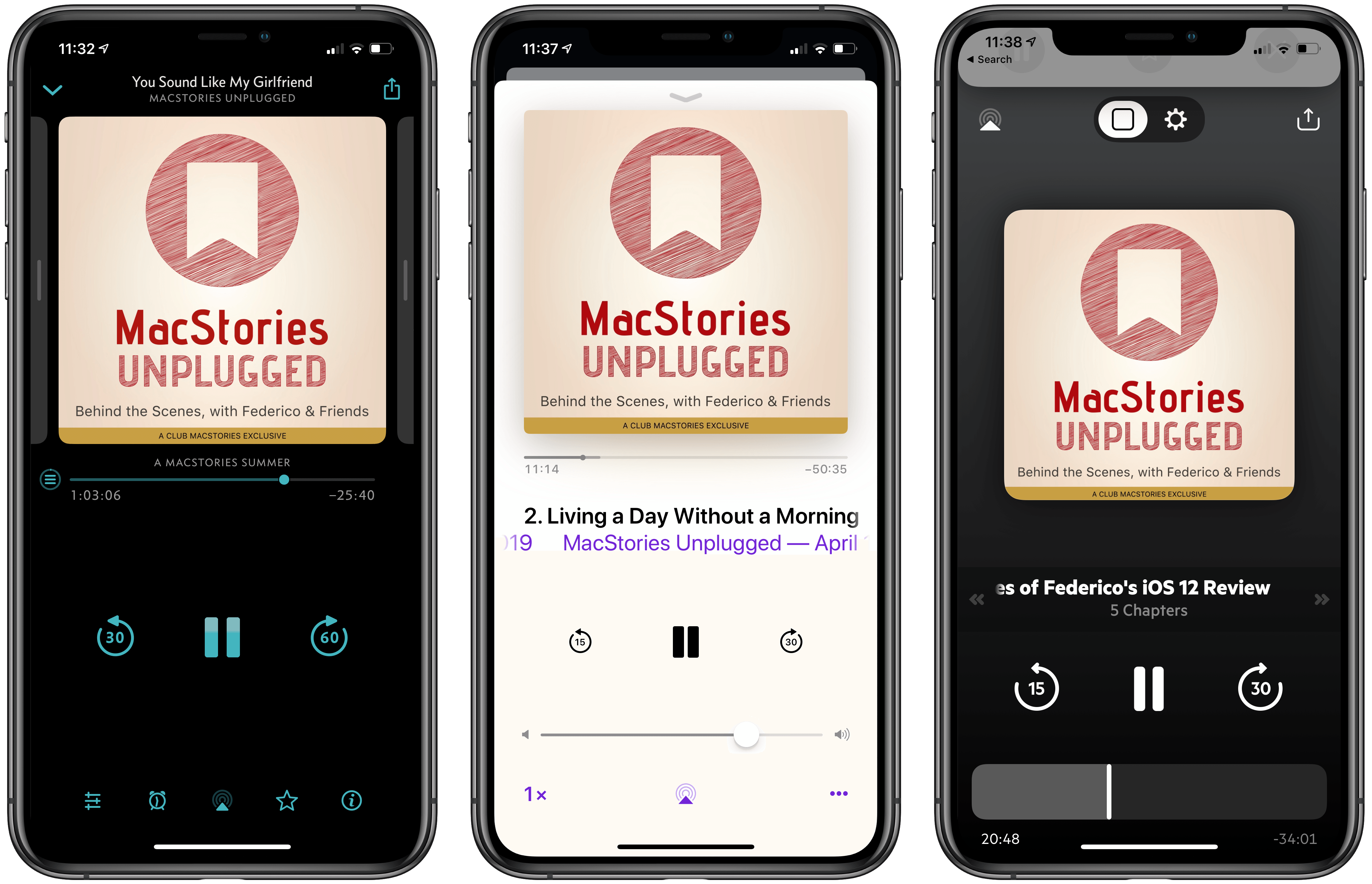 Every fall, Federico and I put our heads together to come up with new and exciting perks for Club MacStories members to mark the Club’s anniversary. In 2017 we were less than six months into AppStories, and although we love talking about apps every week, we were frustrated that the show’s topic and length precluded us from covering a lot of what goes on at MacStories. I suggested doing a free-form, casual show as an exclusive Club members-only version of AppStories. Federico agreed and in the middle of a chaotic September, we recorded the first episode of AppStories Unplugged.

We decided to dispense with the episode length guidelines that constrain AppStories and expand coverage to include a behind-the-scenes look at what goes on at MacStories. Because listeners already knew Federico and me as a pair from AppStories, we stuck with that as part of the show’s name. We added ‘Unplugged’ because we’re big fans of acoustic music and MTV’s Unplugged series, and it felt right for a more casual, less structured version of AppStories.

To date, we’ve done four episodes of AppStories Unplugged for Club members, and they’re some of my favorite episodes Federico and I have recorded because they’re so much like the conversations (and arguments) we have when we get together. As we talked about the future of Unplugged earlier this year, both Federico and I felt it was time to expand the show and do more for Club members. So, for the 10th anniversary of MacStories, we’ve decided to relaunch AppStories Unplugged as MacStories Unplugged. The idea behind the show is the same, with a few exciting additions – a remix, to stretch the music metaphor further than I probably should.

The first difference is reflected in the new name. MacStories Unplugged will draw on the entire MacStories team. You probably won’t hear all of us on every episode, but with so many interesting and talented people at MacStories, we want Club members to have the chance to get to know everyone.

We’ve also decided to make MacStories Unplugged a monthly show. At the time Federico and I launched AppStories Unplugged, neither of us was interested in adding another commitment to our schedules, but that has changed with the entire team involved in the show and other adjustments we’ve made.

Finally, we’ve rebranded Unplugged with all-new artwork by MacStories’ own Silvia Gatta who has done an amazing job. Silvia’s rough-sketch version of the MacStories logo and typography is the perfect complement to the style of the show.

What hasn’t changed is that MacStories Unplugged remains a Club MacStories exclusive. You won’t find it in iTunes or any other podcast directory. Members will receive details about how to access Unplugged in this week’s issue of MacStories Weekly, the newsletter we send them every Friday.

If you haven’t considered joining the Club before, now is a great time to take a look. Each year, the MacStories team delivers roughly 60 weekly and monthly newsletters to members that are packed with app coverage, editorial content, shortcuts, tips, interviews, and a whole lot more. Members also enjoy perks throughout the year like app discounts, giveaways, a complimentary ebook version of Federico’s iOS review, and a lot more.

We have another big Club announcement coming later this week and more planned throughout 2019, so check out the details and please consider joining. We’d love to have you.

Starting at $5/month, Club MacStories includes MacStories Weekly – a newsletter delivered every Friday with a focus on iOS productivity and showcasing new and interesting iOS apps. One of MacStories Weekly’s regular sections is the Workflow Corner – a weekly assortment of iPad shortcuts, iOS automation tips, and tutorials curated by Federico and the MacStories team.

As a new member, you’ll also receive complete access to our back catalogue of over 180 newsletters starting from September 2015.