As if that wasn’t obvious enough, now we have a fancy infographic to back up everyone’s theory that iOS users care more about native apps than web apps. Created by the guys over at Appsfire, which is a neat app discovery service, the report summarizes that users spend more time in software like Mail, Instagram, Dropbox and Skype rather than applications available on the open web, which account to 12% of usage among the 1,000 devices surveyed. According to Appsfire, 32% of the time is spent in telephony apps like Phone, Messages and Skype. Unsurprising, considering that the iPhone is, well, a phone.

As for the app vs. webapp debate, it’s worth mentioning that, for as much as web technologies have improved in the past years, some functionalities of native applications can’t still be replicated in a web software. Especially on iOS, developers don’t have access to the camera app through Safari, and animations aren’t as smooth as apps written in native Cocoa Touch language. It’d be great to see webapps rise to a true level of competition over time, but right now – just take a look at the infographic below. [TechCrunch via Appsfire] 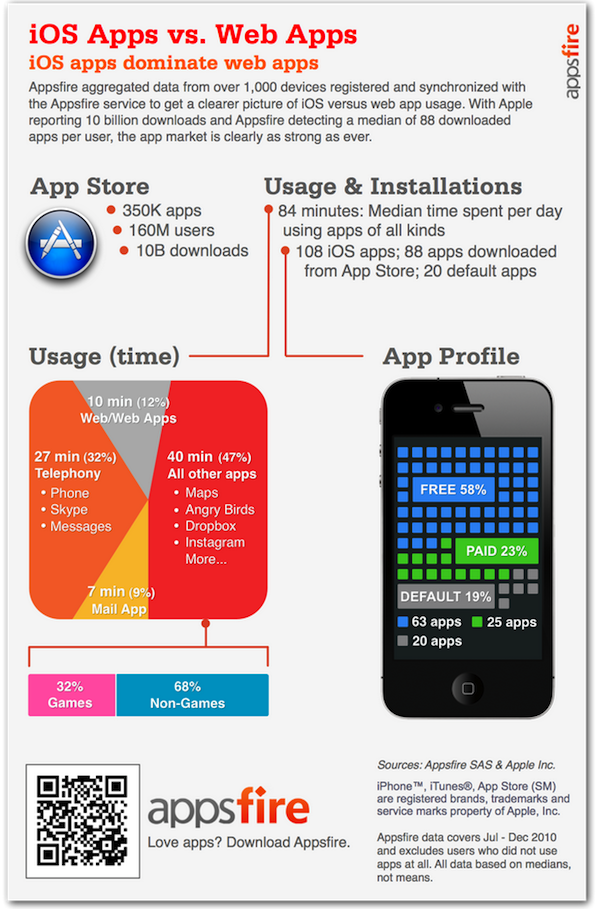