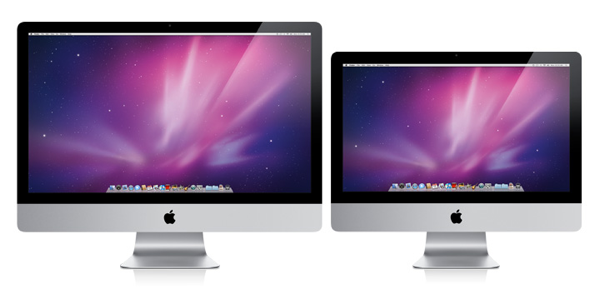 According to 9to5mac, several sources in the United States and Asia have indicated supplies for the current iMac line have become “constrained” in the past week, suggesting that a refresh from Apple is imminent. Tightening of supplies is usually a good indication that a refresh for a product line is coming, and previous rumors indeed pointed to the iMac being updated with new hardware features by late April.

Tipsters in the United States have informed us that their iMac shipments are also very constrained. That’s not the full story though. Although actual iMac shipments are lacking, our U.S. tipsters report that actual iMac components are very constrained. The most constrained pieces right now are the current iMac’s graphics processors and hard drives. A lack of replacement components is also a good indication of an upcoming refresh.

Three weeks ago, Cnet’s Brian Tong claimed an iMac refresh would occur with “no cosmetic” changes by the end of April or first week of May. This seems to follow the path Apple took with the 2011 MacBook Pro update, which showed supply constraints in the weeks leading to the announcement and eventually featured the same design of older models with the addition of Sandy Bridge processors and Thunderbolt technology.

The iMac line was last updated in July 2010 and also saw the release of the Magic Trackpad – which can be bundled with an iMac on the Apple online store.