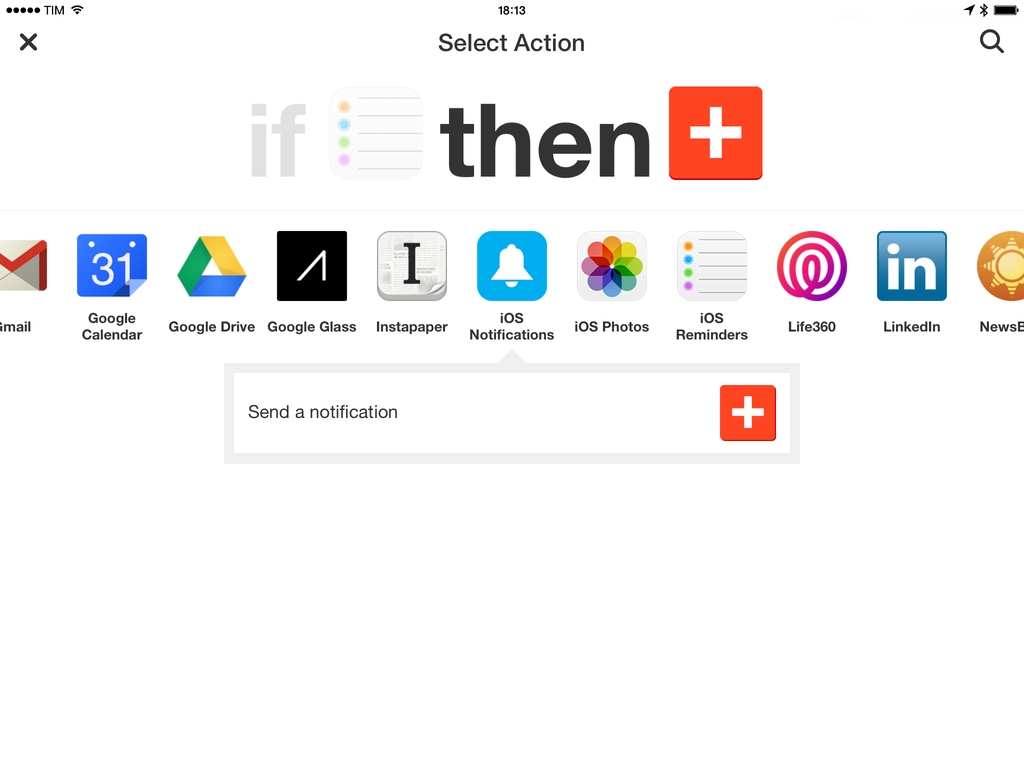 The official IFTTT client for iOS has been updated to version 2.0 today, adding an iPad app and a new channel for iOS Notifications to integrate them with IFTTT recipes. IFTTT, a popular web automation service that supports many third-party apps and services, first arrived on iOS in July 2013 when the company released an iPhone app that featured native Contacts, Reminders, and Photos integration.

As I wrote in my original review, IFTTT brought a different kind of automation to iOS thanks to its native integrations built into the app:

IFTTT brings a different kind of automation to iOS that doesn’t need URL schemes or bookmarklets, but that instead looks into native pieces of data to connect services together. It’s an innovative approach to monitoring photos, contacts, and reminders that are added or modified on an iPhone, but it should be familiar to users who already rely on IFTTT for their daily web automation tasks. While I’m not leaving my Mac mini anytime soon, my photo sharing workflow is faster thanks to IFTTT, and I look forward to seeing how the app will evolve over time both in terms of community recipes and new features. I am especially excited for its future on iOS 7, which could broaden the scope of the app’s background refresh system.

With version 2.0, IFTTT has revamped the initial screen of the app with a gallery of popular recipes and curated collections. Likely in an effort to provide a better explanation of what IFTTT is capable of without requiring users to learn on their own through trial and error, the app now showcases the recently launched collections such as “Recipes for the nature lover” or “Recipes for NYC” that include recipes to get weather alerts for NYC, add a Foursquare check-in to Google Calendar, log trips in a Google Drive document, and more.

The power of IFTTT has always lied in the wide array of possible combinations based on triggers and channels, and collections can help in organizing related recipes for a more user-friendly presentation. The refreshed main screen also comes with sections for Featured recipes, All Time popular, Trending, and Recently added, which could also help in increasing discovery of IFTTT’s flexibility. 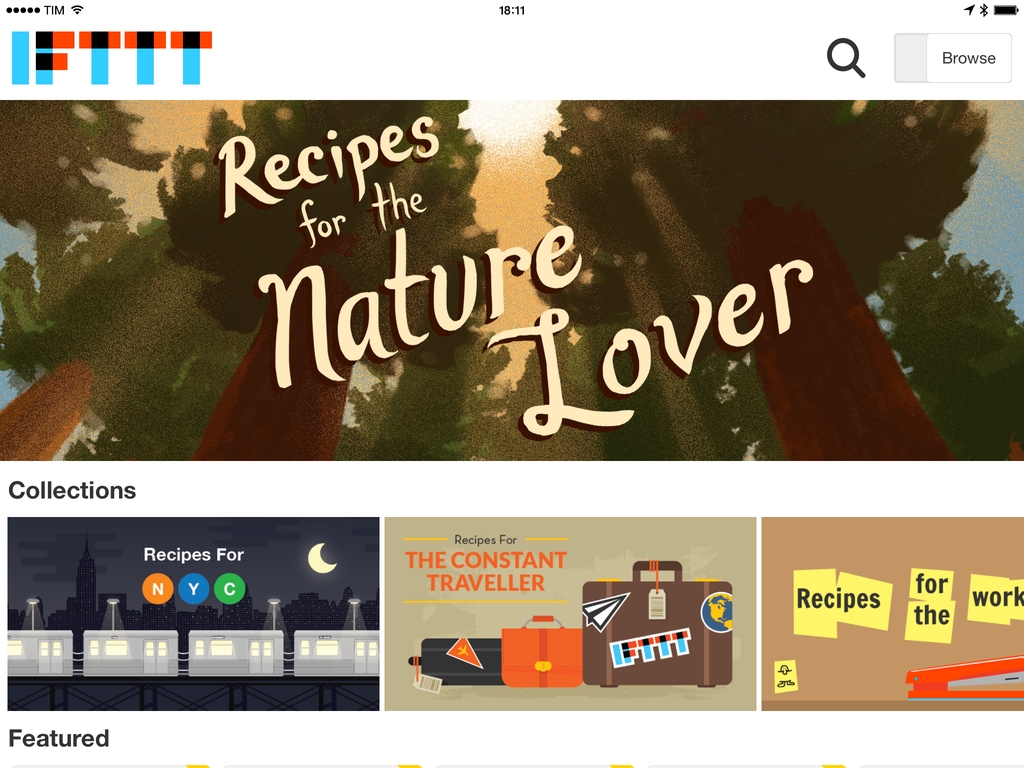 The iPad app takes advantage of the larger display with full screen layouts and multiple panels, but the underlying premise of IFTTT for iOS is unchanged. The app can interact with native functionalities of iOS such as Photos, Location, and Reminders – and, in version 2.0, Notifications. Any recipe created in IFTTT can now send a push notification to an iPhone or iPad – previously, IFTTT could send text and email alerts, and native iOS notifications should provide a better user experience in alerting of recipes executed behind the scenes by the service.

IFTTT was updated in November with better integration with Reminders and Photos, and in December the company rolled out location monitoring features to trigger recipes based on location changes. Today, they added a new trigger that checks for new photos taken in a specific area – a feature that builds upon the existing Photos and Location triggers, combining them for a more specific filter.

IFTTT continues to provide an invaluable service to connect web services and iOS features that wouldn’t normally communicate with each other, further removing friction from web automation thanks to an easy to use, yet powerful iOS app. IFTTT 2.0 is available on the App Store.