With an update to the iTunes Store, Apple is now finally allowing iPhone and iPad users to download iBooks on their Macs, and send them to their iOS devices. Announced with a banner that just went live in the iTunes Store homepage, the new Books section is available here and, as you would expect from the feature iOS users have been asking for almost a year now, it’s simply the iBookstore available on the desktop.

You can browse Staff Favorites, add items to your Wish List, check out the “Best of the month” and “popular pre-orders”. Everything seen on the iBookstore for iOS has been ported to a new section in the iTunes Store for desktop computers, which doesn’t require an iTunes update. With the new “Automatic Downloads” functionality that went live earlier today, you’ll be able to buy a book on your computer and instantly see it available on your iPhone or iPad with a download happening in the background.

At the moment of writing this, there doesn’t seem to be a desktop iBooks app, which was rumored in the past months to be in the works as an alternative for the iOS ebook reader. Check out more screenshots below. 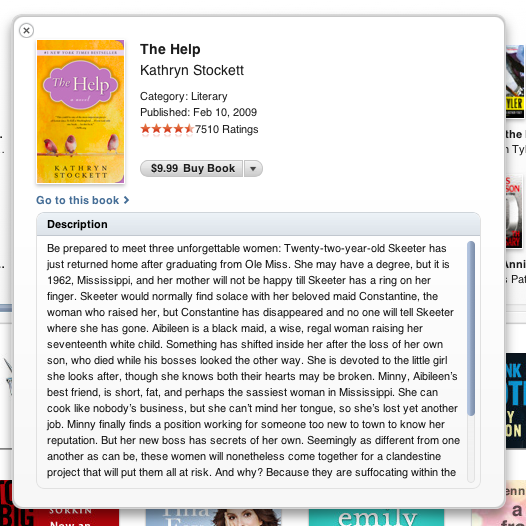