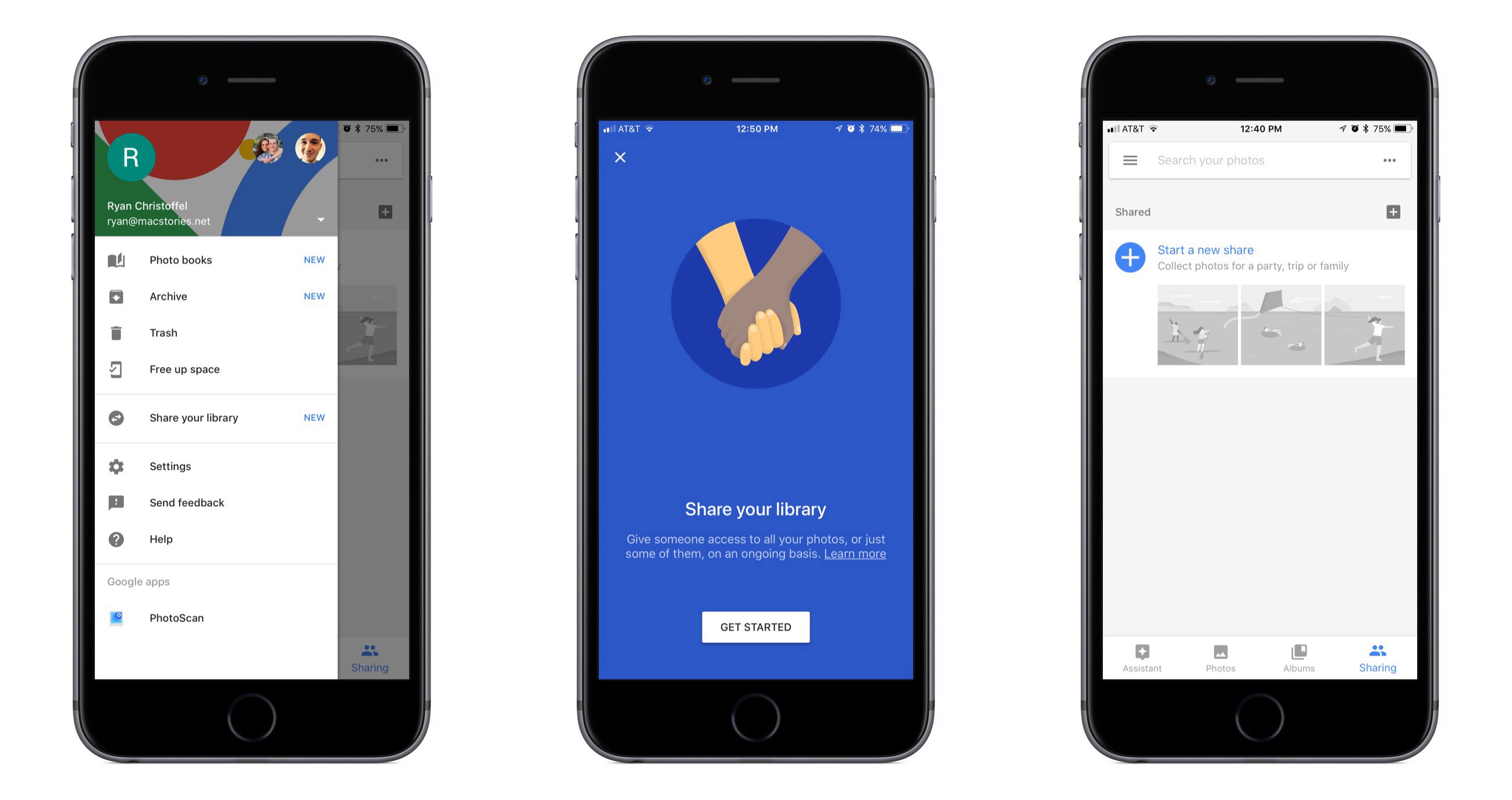 The suggested sharing feature brings with it a new dedicated navigation tab labeled ‘Sharing.’ Here you’ll find a listing of all prior sharing activity, as well as suggestions of photos you haven’t shared yet but may want to. These suggestions are made for one of two reasons: either the photos in question appear similar to images you’ve shared in the past with certain people, so Google thinks you may want to share them, or the photos contain people that Google knows are in your contacts, and thus you may want to share them.

If a Google Photos user shares images with another Google Photos user, and the sharing recipient appears to have photos from the same time and place, Google will suggest adding those images to the shared album. This can be used most effectively when sharing photos around a certain event, like a wedding or vacation. One person may initiate the sharing, but Google Photos makes it easy for the other people who attended the event to improve the shared album by seamlessly adding their own captured memories to it.

The new library sharing features are accessed from the sidebar menu’s ‘Share your library’ option, not the ‘Sharing’ tab. After you’ve selected one or more people to share with, there are a couple settings you can adjust. You can choose to share your entire library, or only photos of specific people. You can also set a time period from which the library sharing should begin – for example, you can set sharing to only happen with all photos from this day on, or from six months ago on, etc.

Google Photos was already an excellent service, but today’s updates make it even better. The automatic library sharing in particular has been on my wish list for Apple Photos for a long time. At the time these features were announced, details about iOS 11 were still unknown, but now that the WWDC unveiling has come and gone without any announced improvements to sharing in Apple Photos, Google Photos is more tempting than ever.