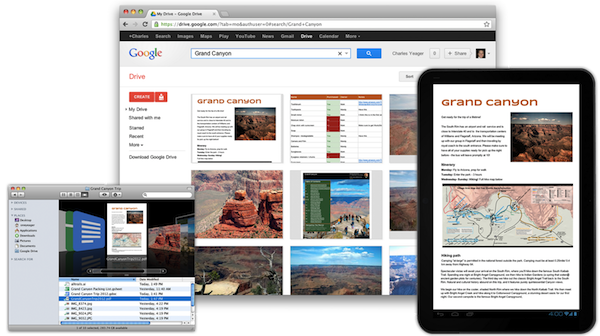 Rumored for years, Google has today officially taken the wraps off Google Drive, the company’s new solution to store, share, and collaborate on documents and files in the cloud. Available at drive.google.com, Google Drive allows users to open more than 30 file types (including video, Adobe Illustrator and Photoshop) directly in the browser even without desktop apps installed; Drive is connected to Google Docs for document editing and collaborative features, albeit Docs storage doesn’t count against Drive’s storage limits.

Today, we’re introducing Google Drive—a place where you can create, share, collaborate, and keep all of your stuff. Whether you’re working with a friend on a joint research project, planning a wedding with your fiancé or tracking a budget with roommates, you can do it in Drive. You can upload and access all of your files, including videos, photos, Google Docs, PDFs and beyond.

With a promised 99.9% uptime guarantee from Google, Drive starts for free at 5 GB of storage:

You can get started with 5GB of storage for free—that’s enough to store the high-res photos of your trip to the Mt. Everest, scanned copies of your grandparents’ love letters or a career’s worth of business proposals, and still have space for the novel you’re working on. You can choose to upgrade to 25GB for $2.49/month, 100GB for $4.99/month or even 1TB for $49.99/month. When you upgrade to a paid account, your Gmail account storage will also expand to 25GB.

Among the Drive features touted by Google, the company announced the service will support OCR (optical character recognition) for scanned documents, image recognition for uploaded pictures (for instance, you’ll be able to search for “Eiffel Tower” and have Drive find a picture of it in your files), and search. As with most Google products, great focus has been put on the search functionality, which will allow users to look for file names, content, activity, and owner information in the Drive accounts. Furthermore, Google says they have worked with a number of third-party developers to enable Drive integration with various online service starting today; similarly, Google Drive will work with other Google apps and services such as Google+ and Gmail to easily share files or attach documents to email messages.

The official Google Drive app for Android has gone live on Google Play, and the company says they are also “working hard” on a Drive app for iOS devices. ReadWriteWeb was provided with screenshots of the Drive iOS app directly from Google.

Check our more links, details, videos, and our first impressions with Google Drive after the break. 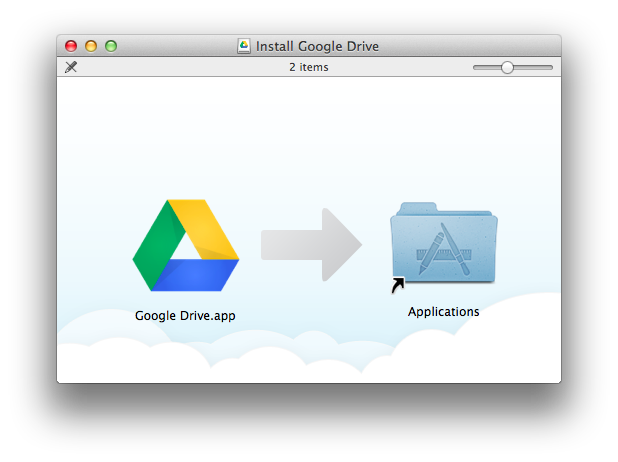 Once installed, the Drive app for Mac will simply create a new “Google Drive” folder in your Home directory. The folder comes with a custom icon, and it appears Google managed to tweak the Finder to apply custom sync indicators on top of the Mac’s standard file icons as well. Unlike Dropbox, Google Drive doesn’t come with a dedicated “Public” folder to easily “copy public links” through the Finder; instead, sharing is done via the web interface for now, which is linked by Google Drive’s own icon in the OS X status bar. This menubar is subtly animated when files are syncing, and it contains options to pause or resume syncing, show available storage, and open the Preferences. 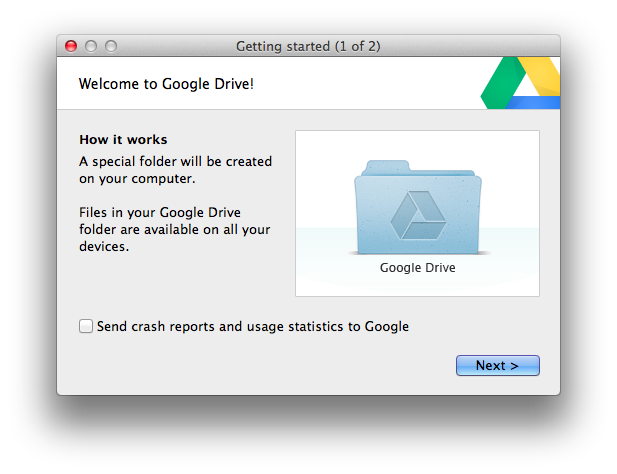 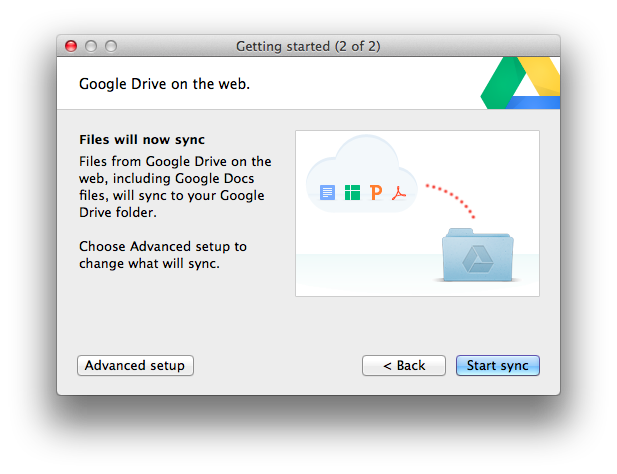 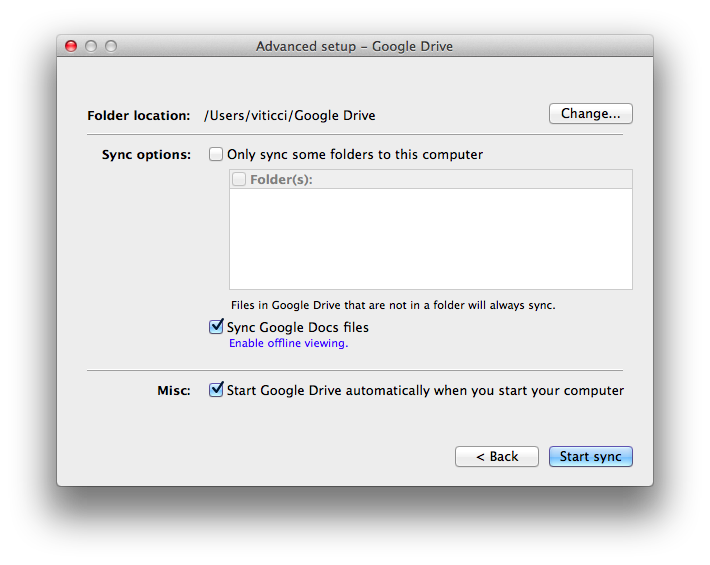 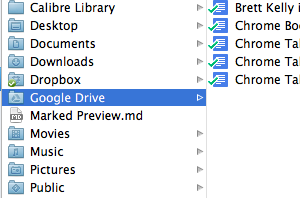 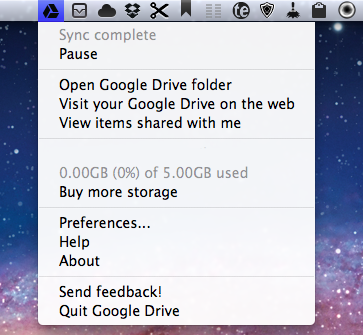 The Google Drive web app includes options for managing folders and files through drag & drop (these changes are synced almost immediately back to the Mac), visualizing contents with a more visual “grid view”, and collaborating on documents with friends and co-workers. In fact, in mixing the concept of “file system in the cloud” with the editing capabilities of Docs – Drive is, in fact, the new Google Docs – Google has enabled a new option to “comment” on any file and stay up to date with the discussion through email notifications, configurable on a file-by-file basis. It will be interesting to see whether Google will tout these collaborative features that go beyond simply sharing a link as serious advantages against Dropbox and Microsoft’s own SkyDrive service (both updated earlier this week with new features). 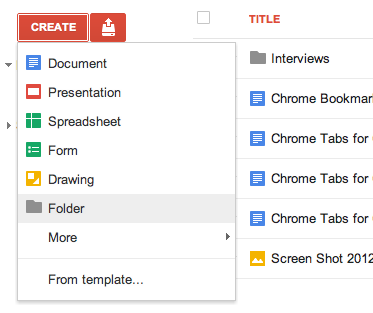 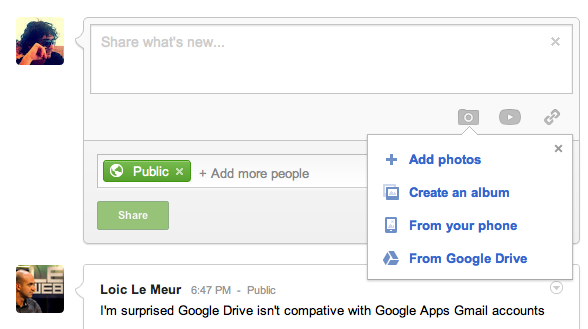 You can sign up for Google Drive here. Check out more reviews of the service at RWW and AllThingsD.