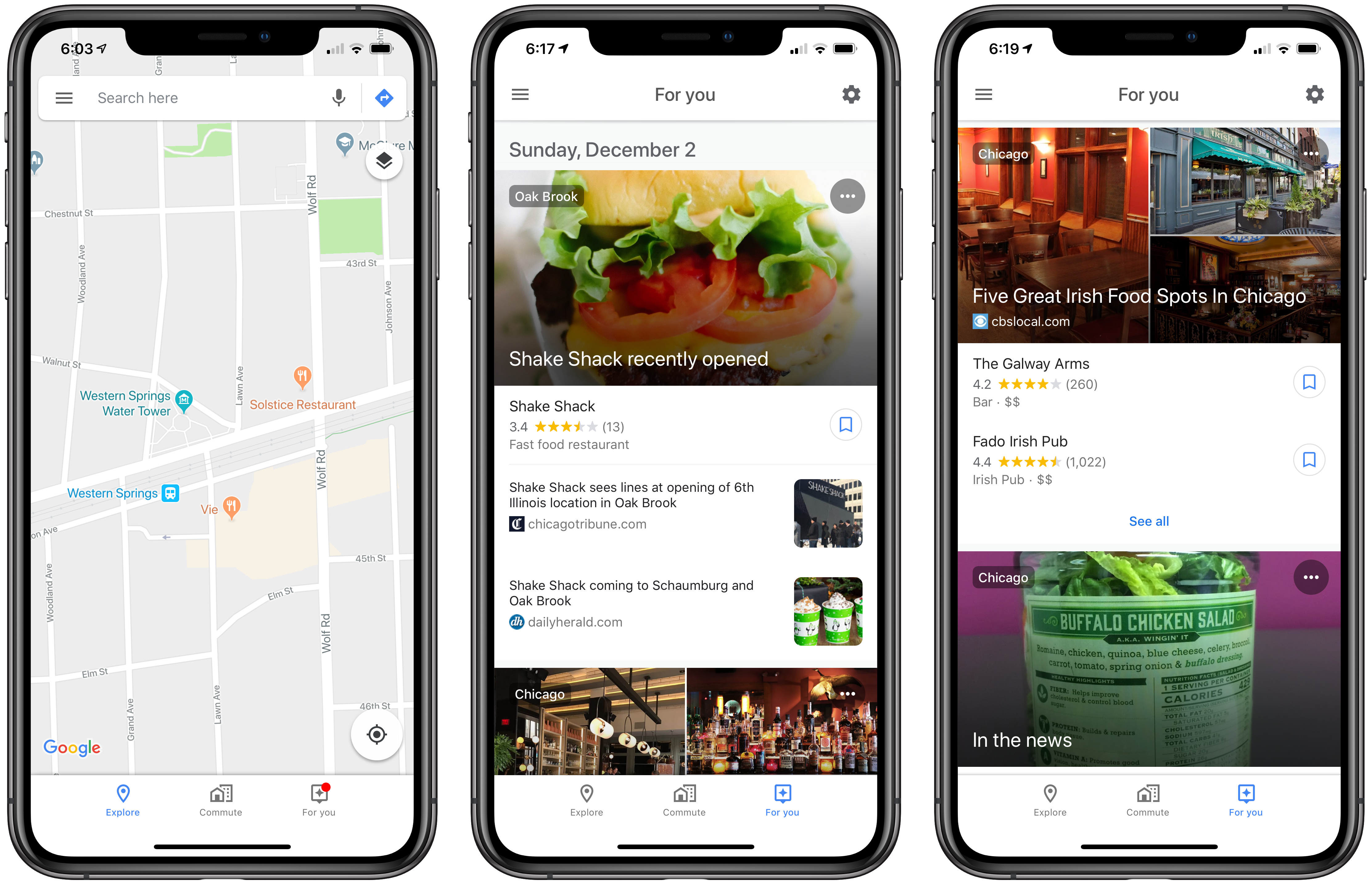 Previewed in May, Google has added a ‘For You’ tab to its Maps iOS app that is rolling out in stages today to users in 40 countries. The Android version of the feature is debuting in 130 countries.

‘For You,’ which appears as a tab on the far right of the app’s toolbar, is a way to follow a restaurant news feed for particular geographic areas. According to Google’s The Keyword blog:

Simply follow neighborhoods or places you’re interested in to get updates and recommendations—everything from recent news about an opening or pop up, a new menu item, and even restaurant suggestions based on what you’re likely to enjoy. If you’re making a trip this holiday season, the For You can help you get a jump start on travel planning even before you take off.

The For You tab includes its own settings that suggest additional areas to follow based on your location history. You can also add regions manually by panning and zooming the map to show the location in which you are interested. Surprisingly, there is no search bar for finding areas to follow. 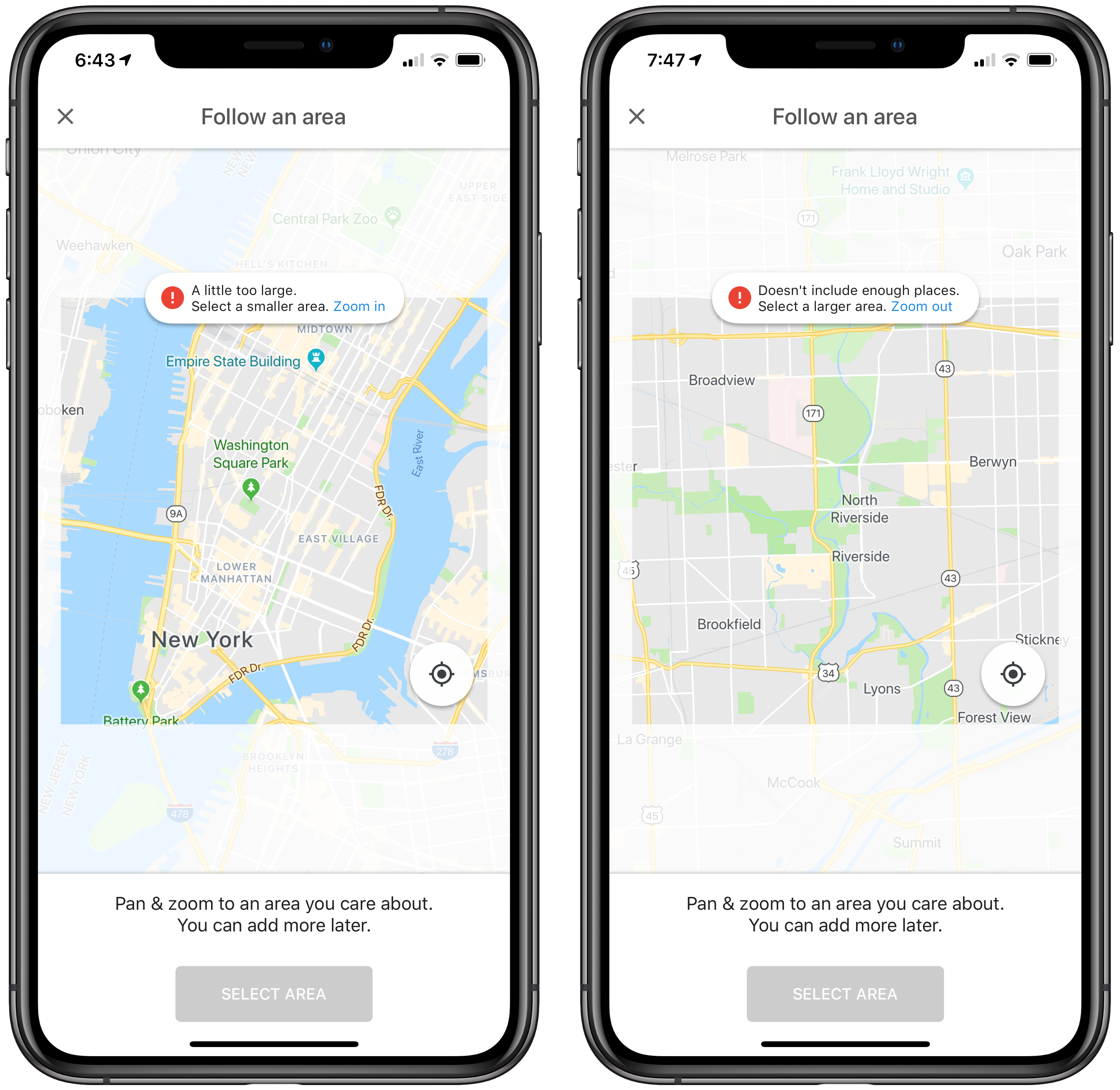 If the area you pick doesn’t include enough places to track, the app prompts you to zoom out. That’s not an issue in densely populated cities, but in the suburbs where I live, I had to zoom out to roughly a 10x10-mile square that included several towns before I could save the area. Even then, I had to scroll back about a week before I found any local news. Likewise, if the area you pick is too large (for example, the entire New York metropolitan area), you’ll be prompted to zoom in to a smaller area.

The For You tab overlaps with the Explore tab’s listings of area restaurants but focuses on recent reviews and other news aggregated from third-party sources instead of business listings. If you see a place you want to try, there’s tap the bookmark icon next to it to add it to your ‘Want to go’ list, another list you’ve created, or your ‘Short List’ for sharing with others, just as you can from the Explore tab.

In my limited testing, my recommendations were dominated by Chicago. That’s not a surprise, but there were only four nearby entries since the beginning of November, which is a pretty weak showing for suburbs just 25 miles outside of Chicago. It’s worth noting too that the For You tab is limited to restaurants, which I didn’t expect. Not including events feels like a missed opportunity. Despite the overlap with the Explore tab and limited content available, For You should be useful the next time I’m looking for a new restaurant to try in Chicago or visiting an unfamiliar city.

The For You tab is being released in stages and will show up in Google Maps without the need to update the app in the App Store. If you don’t see the feature yet, force quitting Google Maps and reopening it can cause the new tab to appear.