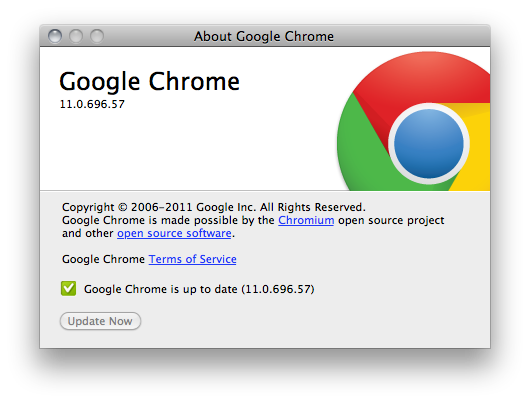 A few minutes ago, Google announced the release in the Stable Channel of Google Chrome 11 for Mac, Windows and Linux machines. The new version (labelled 11.0.696.57) has been in development for months in the beta and developer channels, hitting the “stable” status (meaning it’s ready for public consumption and download from Chrome’s official page) today. Google Chrome comes with several bug fixes and performance enhancement, and it contains “some really great improvements including speech input through HTML” – announced by the Google team here. With this feature, you’ll be able, for example, to literally “speak” some words to translate to another language in Google Translate, and have the results available as text in the browser.

You can check for updates in Chrome 10 to download the new Stable version, or start a direct download here.